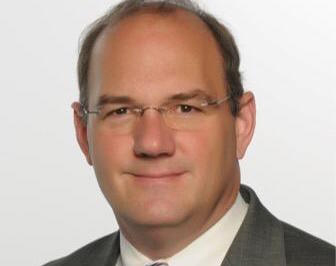 Cedar Rapids Mayor Ron Corbett is on a mission to make changes to the Iowa tax code and improve water quality in the state while also eyeing a possible run for governor.

“I’ve probably given more speeches on income tax modernization and water quality than anybody in the state over the last year or so,” the Republican mayor of Iowa’s second-largest city said in an interview with the Times-Republican.

He was in Central Iowa Tuesday to have one such discussion with the Rotary Club of Marshalltown.

Corbett’s think tank group, Engage Iowa, has a focus on making the state’s tax code more competitive while dealing with water quality issues by figuring out “how to make Iowa wealthier and how to make Iowa healthier.”

Corbett said the state tax rate is far too high and the tax code far too complicated to keep and attract wealth.

“It’s not fair, it’s not simple and it’s not competitive,” Corbett said of the state tax structure. “On our forms, we only have three fewer lines than the federal 1040 … people have to hire tax accountants or attorneys to do their taxes for them.”

As an example, he said an Iowan making $40,000 a year pays more in taxes than a resident who makes $1 million. Engage Iowa’s solution is to “modernize” the tax system by creating a “simple, flat” tax rate for all in the state to adhere to.

“When it comes to Iowa’s tax system, I think we’re a small enough state that if we can get a grassroots effort started to modernize our tax system, we actually have a chance to make some changes,” Corbett said. “We think we can get it down into the 3 percent range so you don’t have people trying to find loopholes.”

Also an area of focus for Corbett are water quality issues facing the state, including where funding is concerned.

“We’re in support of the 3/8 penny (increase in state the state sales tax rate) to fund the (Iowa Department of Natural Resources) Natural Resources and Outdoor Recreation Trust Fund,” he said.

“When corn is $6 a bushel, a farmer’s got more money to put into conservation practices, and when corn dives down … they’re barely making money,” he said. “You can’t have a water quality program based on the price of corn.”

“The first 3/8 (cent sales tax increase) would fund the trust fund; the balance of that 3/8 we would use to drive down our tax rates,” he said, connecting the goals of improving water quality and changing Iowa’s tax code. “You get rid of deductions, as many as you can, and then use the balance of that sales tax to drive it down, and we think we can get in this 3 percent range.”

Corbett also said Engage Iowa is not calling for “a massive tax cut,” and is instead advocating for a “tax shift.”

Education is another area of interest for Engage Iowa, and Corbett said some goals include giving more authority to school principals for hiring teachers and providing weight the in per-pupil state funding system due to variables such as poverty, English language learning and transportation challenges.

A run for governor?

“I am giving serious consideration to running for the Republican nomination for governor,” Corbett said. “That timeline would be here in the next three to four months.”

He added that he wants Engage Iowa to grow into a dominant think tank in Iowa, whether or not he continues to lead it or decides to run for office. Currently, Corbett is working to finish a book about his experiences as Cedar Rapids mayor, his work at the city’s chamber of commerce and his time in the state legislature.

“When that’s finished here in the middle to latter part of March, I’m going to do a book tour, and it’s going to be kind of an exploratory effort to introduce myself to people outside of the Cedar Rapids area to see what type of response I get,” he said.

On potentially running in a primary race against Lt. Gov. Kim Reynolds, who is set to take Gov. Terry Branstad’s place after the latter becomes U.S. Ambassador to China, Corbett said he would see it as a competition.

“He (Branstad) has made no bones about the fact that he wants her (Reynolds) to carry on his legacy …they’re a team,” he said. “Certainly, the difference on how to fund water quality would be a very striking difference between myself and Kim Reynolds.”

Additionally, Corbett said it’s possible that issues he talks about with Engage Iowa may make up some of the campaign’s subject matter should he choose to run.