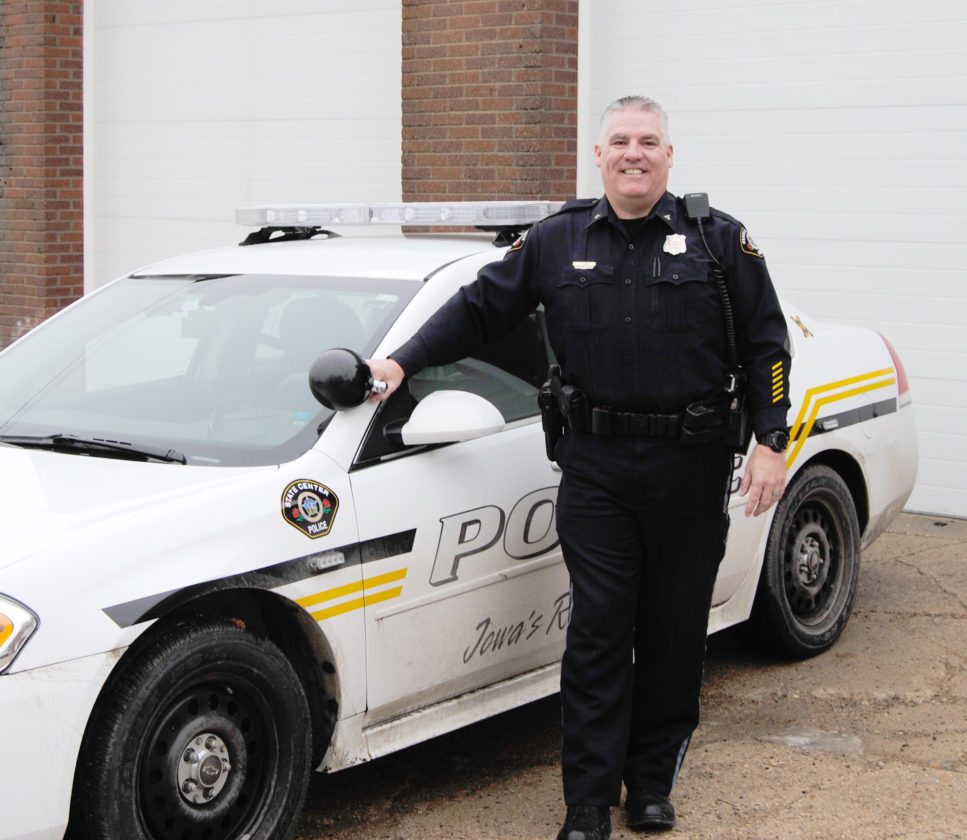 STATE CENTER — For more than 20 years, Jeff Bunn has seen the growth of his beloved State Center — more residents, a vibrant school district, an active downtown — this small Iowa community has flourished.

But with growth and its proximity to Marshalltown and Ames as well as being situated along a busy four-lane Highway 30, State Center has not escaped criminal activity. Whether it’s a domestic incident, illegal drugs, disputes that escalate into violence, State Center is not Mayberry.

It’s in part why Bunn, State Center’s police chief, has been seeking additional manpower for his department since he began his duties back in 1998.

“We get just about any kind of call you can imagine,” Bunn said. “Domestic, narcotics arrests, drunk drivers, homeless people, people with warrants, everything.”

And while he’s never really been alone in serving the needs of his community — Bunn has plenty of support of other law enforcement agencies and a crew of part-time officers — the chief believes State Center has a need for at least one more full-time officer.

Come March 1, Bunn will get that when Officer Kyle Howe joins the SCPD full-time.

Howe, who has been working the last couple of months as one of Bunn’s part-time officers, will serve alongside Bunn full-time, marking the first time in several years that the SCPD will have more than one full-time officer.

It’s the latest sign of growth for the department. Back in 1998 when Bunn came to town, the agency has a squad car in poor shape, they were situated in the old fire station that was basically the size of a cubicle.

“It just wasn’t approachable, wasn’t professional,” Bunn said. “And so over the years I’ve been here, we moved approximately six times, never really had our own place, and then we finally moved into our current location (108 4th St. SE) just a few years ago.”

And Bunn has worked hard to add part-time and reserve officers, and has established good working relationships with the Marshall County Sheriff’s Office, the Marshalltown Police Department, Iowa State Patrol and Melbourne Police’s Mike Ball — all in an effort to protect State Center community members.

And there’s a lot to cover.

In his most recent monthly report to members of the State Center City Council, Bunn pointed out 112 calls for service — the vast majority he responded to.

“The work has evolved. There’s a lot we need to do and the community expects us to be responsive,” he said.

But as a one-man full-time department, there really is no way for State Center to fulfill those expectations, Bunn said, adding that the current State Center City Council and many residents do understand that the time is now to add a second full-time position to the agency.

“I think they see the need to keep public safety current,” he said.

Bunn admits there are a few residents in the community to do not see the value of adding a second full-time position to the department, because of backup support by either part-time officers or deputies from the Marshall County Sheriff’s Office.

“But let’s be real about that,” Bunn said. “The sheriff’s office is understaffed, they need more deputies; and in turn we need to be more self sufficient.”

The veteran police chief said even with the hiring of Howe, there will always be a need for more law enforcement.

“Many times, we’ll get four or five or six calls in the middle of the night,” Bunn said, adding that while many calls are routine, in this day and age, there are “no routine calls.

“Let’s face it, we’re targets right now, that’s just the climate we live in — it’s happening in small communities, rural counties — it can happen here and we just need to be prepared for that.”

“I hope residents will see the value of having two people, gaining the trust of the community. I want us to a community-oriented policy agency, so that our relationship with them is tight.”

Having that type of visibility, Bunn contends, will serve as a deterrent — whether it’s the prevention of residential or car burglaries, shoplifting cases or illegal drug activity.

While Bunn said the addition of a second full-time officer at the SCPD is a good thing, he believes more needs to be done.

“I can see a third full-time officer in the future. Actually what I envision is that we have a West Marshall County police agency. I would like to see the West Marshall communities — State Center, Melbourne, Rhodes, Clemons, St. Anthony — combine together for a medium-size law enforcement agency,” he said.

Obviously several details would have to be worked out, specifically funding and logistics, but Bunn said it’s worth pursuing if residents are genuinely interested and the strain on the sheriff’s office could be lessened.

“If we made ourselves a West Marshall County Police Department,” Bunn said, “We would be there to serve them just like have been serving State Center all these years.”

State Center Mayor Steve Sodders agreed with Bunn that reaching out to other West Marshall County communities to see if there was a way to officially share law enforcement services is something to pursue.

But for now, and along with Sodders’ comments, Bunn said he is pleased with the State Center council’s decision to move forward with the hiring of a second full-time officer.

“The ultimate goal is to get us to a level where we’re providing as to close to round the clock coverage as we can,” he said. “I want our community to have the fastest response time, most professional service and grow the department.

“As I get close to my retirement age, I don’t want to walk away from here thinking we’re not where we want to be. I want to leave the department in great hands.”

DES MOINES - One more case of COVID-19 was confirmed in Marshall County on Thursday, bringing the total county case ... 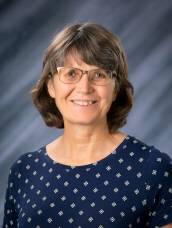 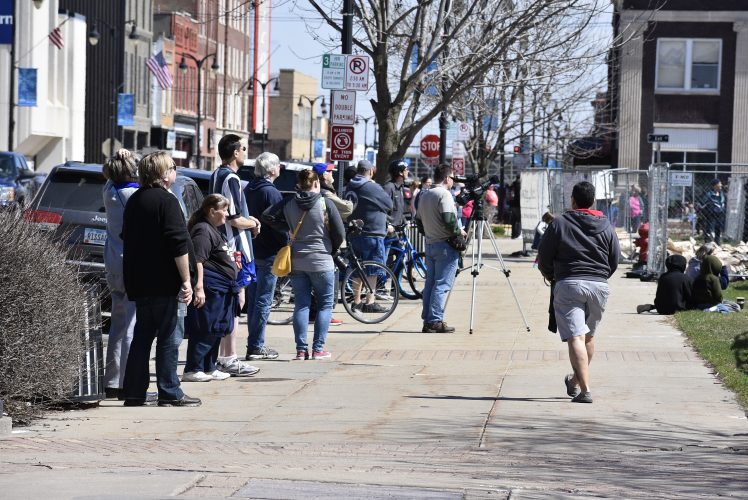 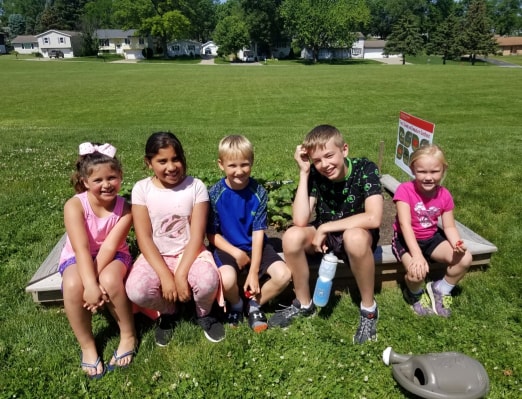