Goodvin stays the course in first year at MHS 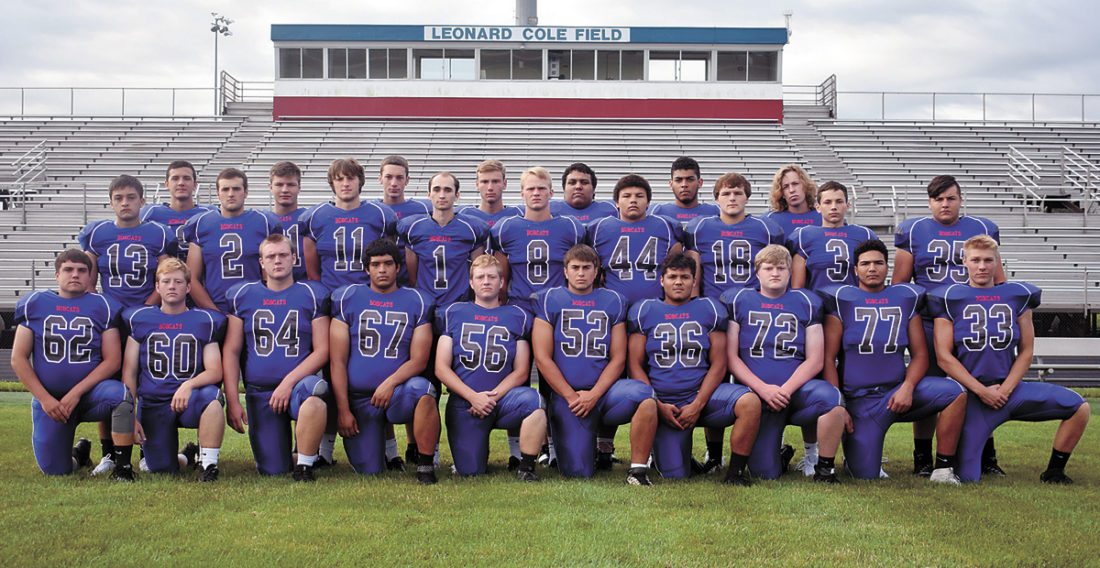 Entering his first year as the head coach of Marshalltown football, Adam Goodvin is more equipped to take over the reins than someone from outside the program considering he has been on the staff the last two years as quarterbacks coach.

Because of that familiarity with the program, Goodvin said he isn’t trying to shake things up too much in his first year leading the Bobcats in order to make the transition to his way of running things as smooth as possible.

“More changes will come, that just comes natural with head coaches each year, but this year I just wanted to keep it an easy transition for the kids, especially with this large amount of seniors we have coming back,” Goodvin said. “I wanted them to have an easy transition. I already implemented our passing game over the last few years so it is easier too. They know what’s expected and what we expect from them, so it’s been a smooth transition so far and hopefully that continues.”

As Goodvin alluded to, MHS is stacked with senior returners this season, boasting an impressive 30 seniors in uniform this year. Goodvin said having that many seniors who have been in the program and know him and how he likes to do things is helpful for getting the lesser-experienced players ready for what it’s like to play in the tough Class 4A District 4.

“I couldn’t ask for a better group of seniors right now,” Goodvin said. “We have 30 seniors out this year, which is outstanding, and they are doing a great job of being leaders and helping these incoming juniors get prepared for varsity football and get up to speed with everything.” 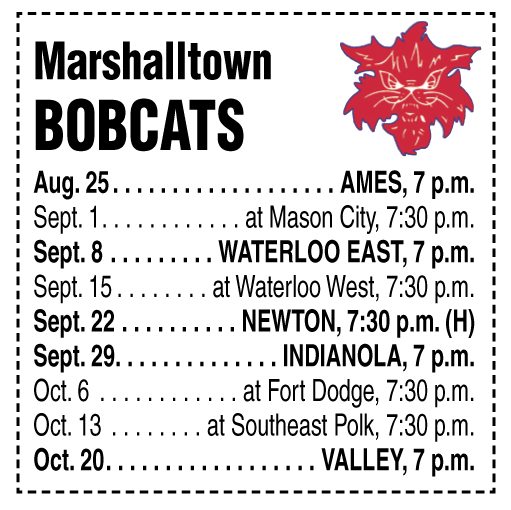 One of those seniors returning is quarterback Sam Irwin, a second-team all-district selection last season who had over 1,200 yards passing and 10 touchdowns through the air. Given his relationship with Irwin as the quarterbacks coach last year, Goodvin said he’s been able to judge Irwin’s development throughout the first couple weeks of camp and he likes what he sees so far.

“He is doing great, we have seen a lot of improvement in his timing, his footwork and his decisions,” Goodvin said. “He is anticipating things a lot better than he was last year and it’s fun to see.”

Helping Irwin out in the passing game is a pair of returning all-district honorable mention athletes in Noah DeVenney and Josh Melde on the outside, and Goodvin said those two plus a couple of other skill position players at receiver and running back could have the Bobcats offense rolling in 2017.

“We have a few other juniors too like Dylan Eygabroad and in the backfield we have a couple of juniors that have been working their tails off so far this fall camp in Giorgio Diiorio and Alex Rockingham so we are expecting a lot out of them,” Goodvin said. “We have a great group of receivers and one thing I can say about them is not only can they run routes well and catch well, they are doing and outstanding job of blocking. I have been very impressed with that and our running backs are very skilled as juniors. If our guys up front can block well we are going to look to run the ball well and effectively. We also have to be proficient in our quick passing game and play actions.”

Speaking of the offensive line, Goodvin said though they lost first-team all-district lineman Cole Wilson and honorable mention Jose Inocencio, the MHS line does bring back some experience and he sees a lot of possibility from the big boys up front. 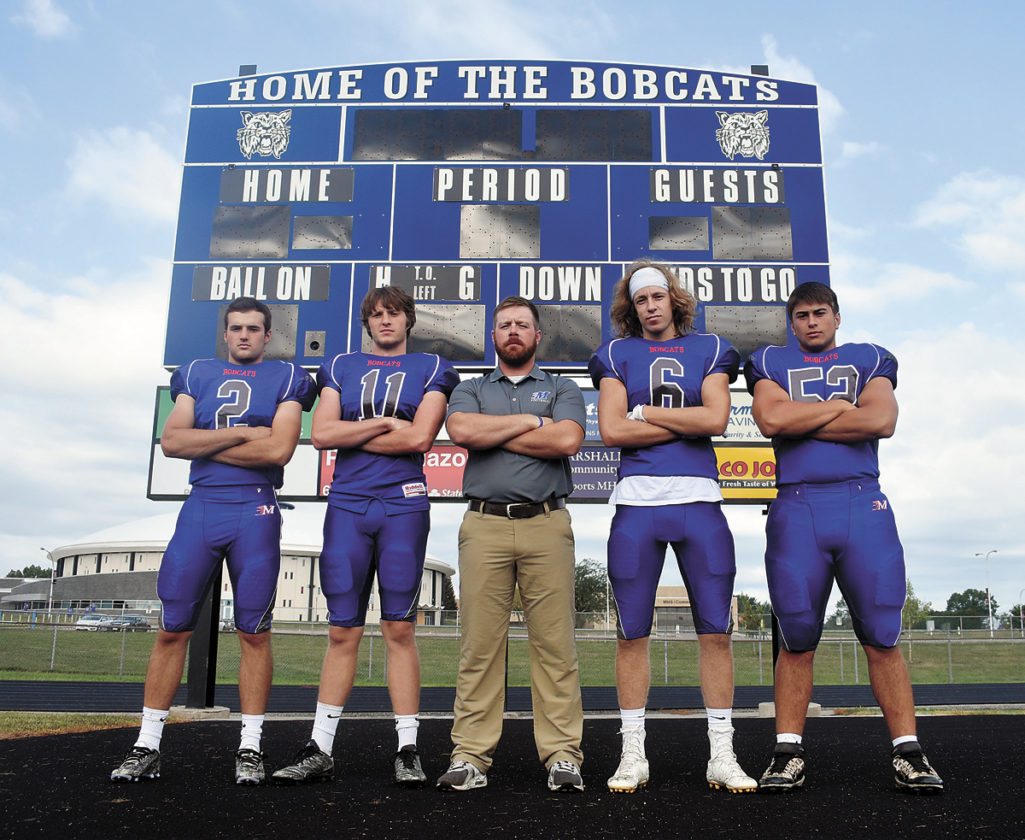 “We have a few that got some playing time last year though they weren’t starters so I like to say that we have some experience,” Goodvin said. “Decker Mann, who’s a captain, is back. He is kind of the leader of that group and does a great job. Luis Ortiz and Spencer Finch are seniors and they are also doing a great job.”

Defensively, once again the Bobcats lose some all-district talent from last year but that doesn’t bother Goodvin, as he said the defense has been competitive early on in practice and they have some good leaders to show the inexperienced players the ropes.

“I am pleased with what we have so far, we have some juniors stepping up in the secondary,” Goodvin said. “Ryan Collins will be back and he had some time at safety, so he will be back there kind of leading then. DeVenney is back at corner and he played a lot last year. Blake Linsenmeyer will lead at linebacker as well as senior Jordan Fox, then there are some juniors who will get some time at linebacker. D-line-wise we have some big guys who have some experience and will continue to get better every day. Hopefully we can see what they can do in our first game.”

After two-straight 2-7 seasons for the Bobcats, Goodvin said he of course wants to win as much as possible in his first year but he is more looking to change the current culture of Marshalltown football into one that goes out and gives it their all night-in and night-out.

“Us competing every single week, that’s all I can ask from these kids,” he said. “If they can go out there and compete and believe in themselves, I’ve said it multiple times that what we preach to them is belief in themselves and in what we do. We ask that their effort is consistent and 100 percent every time and every week and toughness both physically and mentally. They have to be very tough to be successful, and that’s just the nature of the game. If they show that each week in and out, I will be happy with that.” 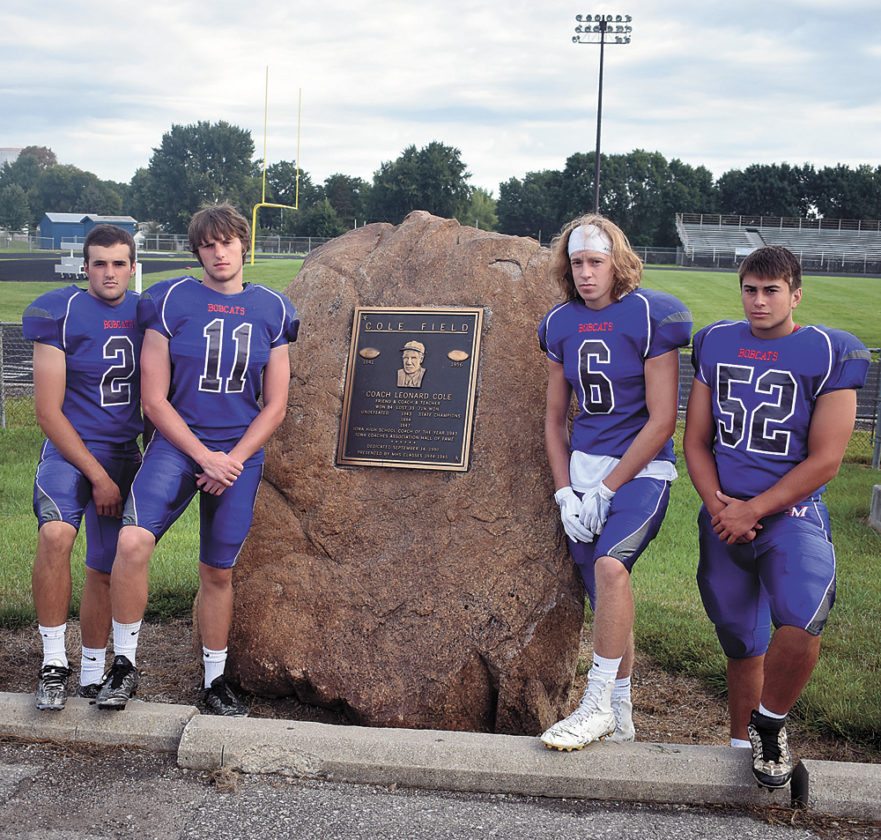 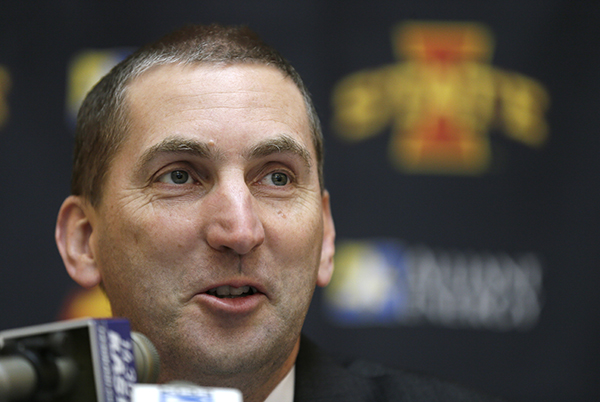 Tom Brady delivered the shot of the match that made it easy to forget the rest of his swings. Tiger Woods didn't ...