Matins Kiwanis met May 18 at 6:30 a.m. in the Salvation Army building and were greeted by Larry Kester. After the Pledge of Allegiance the invocation was given by Kester. The Buffet Breakfast was served and Token Fines were paid by Tammie Frederick and Loren Fisher with Happy Dollars coming from Paul Heckman, John Page, Joe Ludley, Andy Schwandt and Steve Bolar. Free breakfasts were won by Schwandt and Heckman and Bolar was awarded the Matin of the Month Award. Schwandt gave results of the Funnel Cake sales on the May 16 and 17 and solicited volunteers for the next outing.

Program Host, Loren Fisher, introduced Anna Vaughn. Anna is the office manager at Ardent Community Wellness Center. Ardent is a non-profit adult outpatient mental health counseling/therapy program. The facility has been in Marshalltown less than a year and is located at 311 W. Main. The program furnishes counseling from licensed professional counselors and certified drug and alcohol counselors for individuals, addiction, couples, marriage and families. They accept payment from all major insurances and Title XIX and can be reached by phone at 641-352-3031.

Questions were raised and answered and President Don Feld adjourned the meeting with another one of his lame jokes. 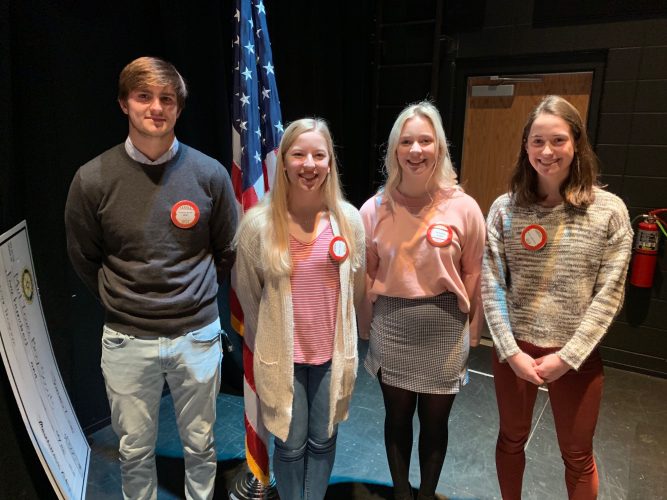