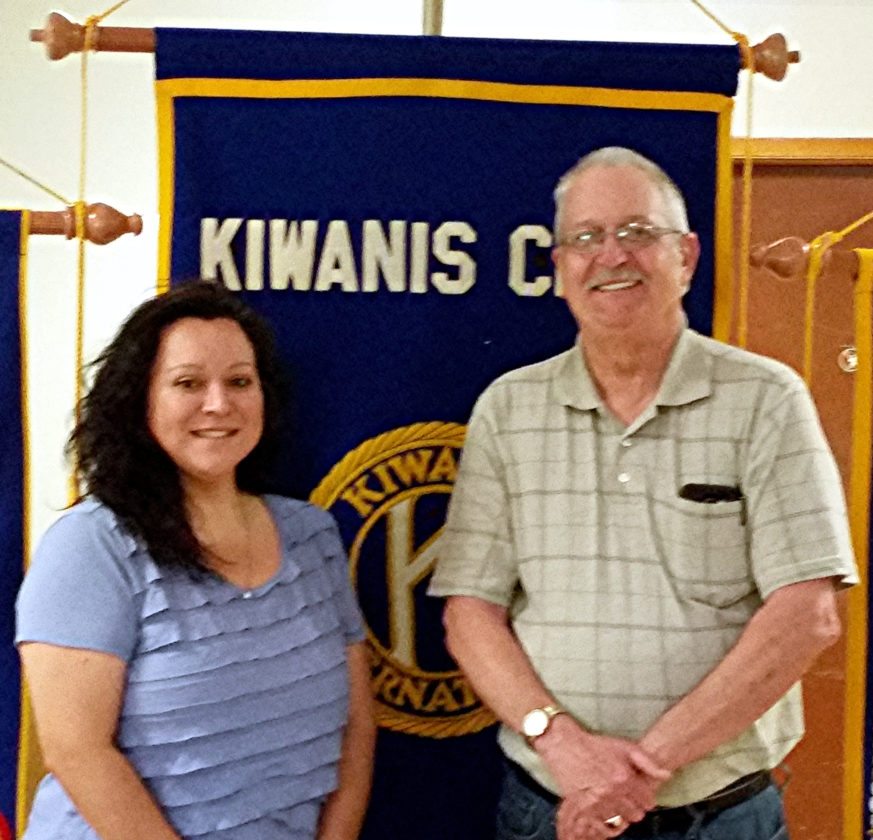 CONTRIBUTED PHOTO Mike Gowdy welcomes Luisa Ortega to the Kiwanis “Noon” meeting to present an update on the Marshalltown Fourth of July fireworks display and the plans for the future.

The Kiwanis Club of Marshalltown “Noon” held its regular meeting Tuesday at the American Legion Hall, 1301 S. Sixth St. President Linda Dodd Smith called the meeting to order. After the pledge to the flag, Harold Cline led a prayer. Happy Dollars were donated by Dodd Smith.

Mike Gowdy introduced Luisa Ortega who shared information about the Marshalltown 4th of July fireworks. Ortega said the fireworks cost was about $13,000 plus other expenses. Some fewer people attended, she felt because of fireworks being sold in the area. Fundraising will continue in the future so this activity can be a major attraction in future years. Citizens will have several opportunities to contribute.

The Marshalltown Noon Kiwanis Club will offer a 30-day free trial membership, including meals to those interested in checking out a service club. This will be an excellent way to introduce new people to serving the community. It meets Tuesday at noon at the American Legion building on South Sixth Street. Offer for limited time only.

Donations were collected for the Under Privileged Children’s Fund.

The board of directors will hold the August business meeting next week.

Anyone in the community wishing information about Kiwanis is invited to visit one of the regular meetings or check this website: www.marshalltownkiwanis.org/