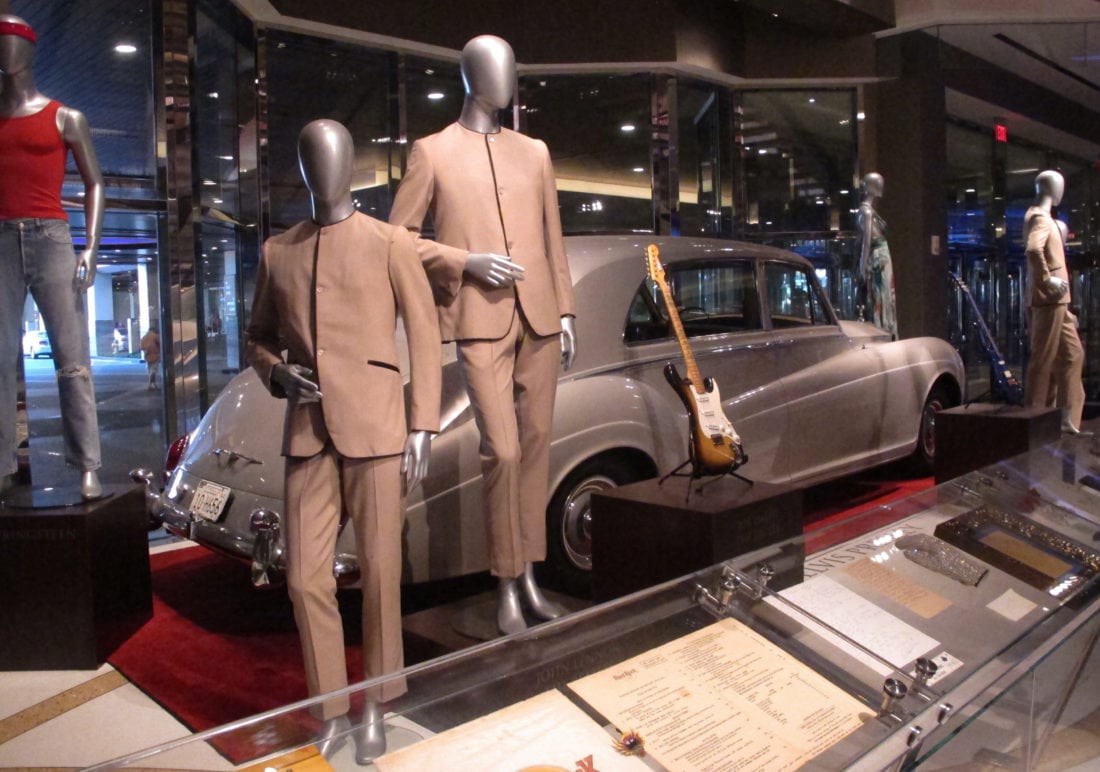 This July 5, 3018 photo shows suits worn by the Beatles during an early tour of America in front of the Rolls Royce automobile owned by Elvis Presley, part of a large collection of music memorabilia on display at the Hard Rock casino in Atlantic City, N.J. (AP Photo/Wayne Parry)

There are outfits worn by Lady Gaga, Cher, Barbra Streisand, Whitney Houston and Mariah Carey, and shoes from Elton John, Buddy Holly and Gene Simmons of Kiss — if dragon-scale boots count as shoes.

Guitars in all shapes, sizes and colors, including ones played by Tom Petty, Bob Dylan and Slash, are there, too.

Just about the only thing this casino doesn’t have is the Rolling Stones’ “Tumbling Dice.”

When the Hard Rock opened June 28 in what used to be the Trump Taj Mahal, the casino opened in 1990 by Donald Trump, it brought with it a large display of items from what it calls the world’s largest collection of music memorabilia.