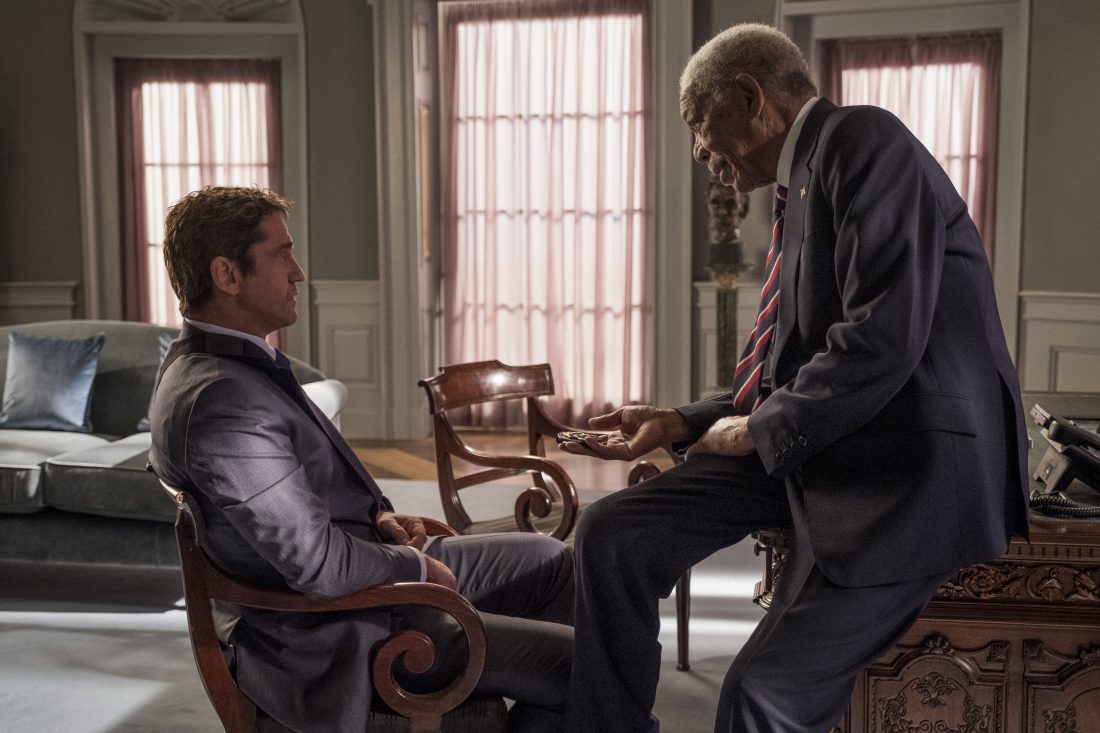 NEW YORK — “Angel Has Fallen” easily topped the box office with a $21.3 million debut, according to studio estimates Sunday, as the action sequel became the latest mid-budget release to find modest success in the often quiet late summer.

The Lionsgate film beat expectations going into the weekend, opening similarly to the previous 2016 installment “London Has Fallen.” The film series stars Gerard Butler as a Secret Service agent protecting the U.S. president played by Morgan Freeman. In “Angel Has Fallen,” Butler’s agent is wrongly accused of trying to assassinate the president.

Going back to 2013’s “Olympus Has Fallen,” the franchise has been a quietly consistent performer, taking in roughly $200 million worldwide each time. “Angel Has Fallen,” produced for about $40 million by Millennium Films, is poised for a similar course, opening just shy of the $21.6 million “London Has Fallen” debut.

David Spitz, president of domestic distribution for Lionsgate, pointed to the film’s A-minus CinemaScore and 94% audience score on Rotten Tomatoes (far better than the 39% critic score) as good word-of-mouth harbingers for the continued playability of “Angel Has Fallen” through the last weeks of summer.

“That’s a great sign that the movie is going to be theaters for a long time,” Spitz said. “Over-performing this weekend and exit polls suggesting we’re going to have a nice long runway is terrific.”

Late August is known as a sleepy period at the box office, but it’s also one of the few parts of the calendar relatively light on big-budget tentpole releases.

That’s given some room for recent successes such as Universal’s comedy hit “Good Boys,” which slid to second with $11.8 million. Last week, it became the first R-rated comedy in more than three years to land at No.1. And the Lionsgate-distributed “Scary Stories to Tell in the Dark” has also flourished in August, taking in $50.5 million in three weeks including $6 million this weekend.

Some of the bigger films are still expanding around the globe, though. The “Fast & Furious” spinoff “Hobbs & Shaw” opened this weekend in China — where the high-octane franchise has regularly thrived — grossing $102 million and pushing the film to a worldwide total of $588.9 million.