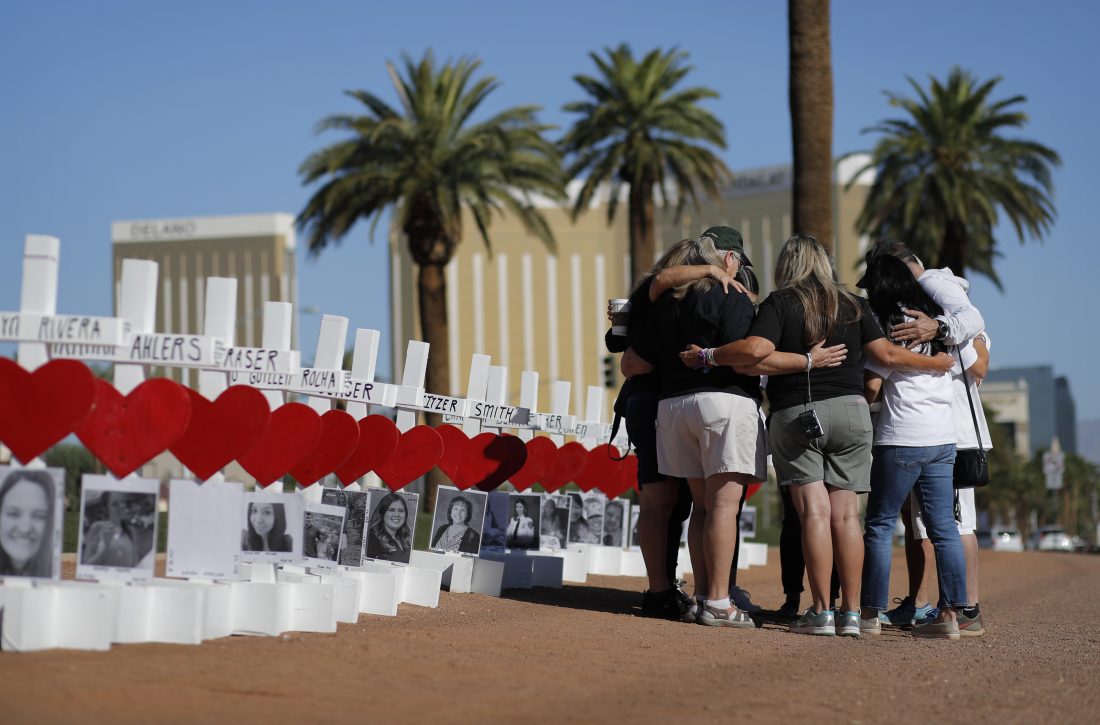 LAS VEGAS — From a sunrise event to a reading of victims’ names at the time the bullets flew, Las Vegas on Tuesday was marking two years since the deadliest mass shooting in modern U.S. history, with memorials to the 58 people killed at a country music festival.

“No anniversary is more terrible than the one that recalls how your neighbors and guests were so wantonly slain, even while their hearts were singing out in joy as they listened to music with their friends and loved ones,” Joe Robbins said.

The father of 20-year-old Quinton Robbins told a daybreak audience of hundreds about his son, a city recreation worker who died when a gunman rained gunfire from a high-rise hotel into a crowd of 22,000 on Oct. 1, 2017. He said it’s important not to forgot those who were lost.

Nevada Gov. Steve Sisolak recalled cellphones ringing as he joined officials walking the shooting scene the morning after the massacre.

“Many that would never be answered,” he said.

Two years ago, Sisolak led the county commission that oversees the Las Vegas Strip, where a concert turned to horror as people suddenly dropped — bleeding — ran to escape the spraying bullets and tried to save people they loved.

“Beyond the neon signs, we are a city of neighbors that look out for each other,” the first-term governor said.

The memorial audience was smaller than last year, but emotions were still raw for Al McIldoon, father of Jordan McIldoon, a 23-year-old from Maple Ridge, British Columbia, who died in the shooting.

“We feel the need to be here for our son,” he said.

He, his wife, Angela McIldoon, and their friend Paul Poteat of Las Vegas wore matching NHL Vegas Golden Knights jerseys, No. 58, with the name Jordy Mac on the back.

Steve Darling and Judy Gardner of Ontario, California, wore T-shirts with the name of Judy’s daughter, Dana Gardner, a 52-year-old mother of three enjoying the music with her own daughter when she died.

They said they planned to join hands with survivors and other families of victims at the concert venue across the Las Vegas Strip from the Mandalay Bay resort-casino, where the shooter unleashed his attack.

MGM Resorts International, owner of the hotel and the venue, has announced plans to convert the now-shuttered concert space to parking while it plans a community center and a place to remember victims.