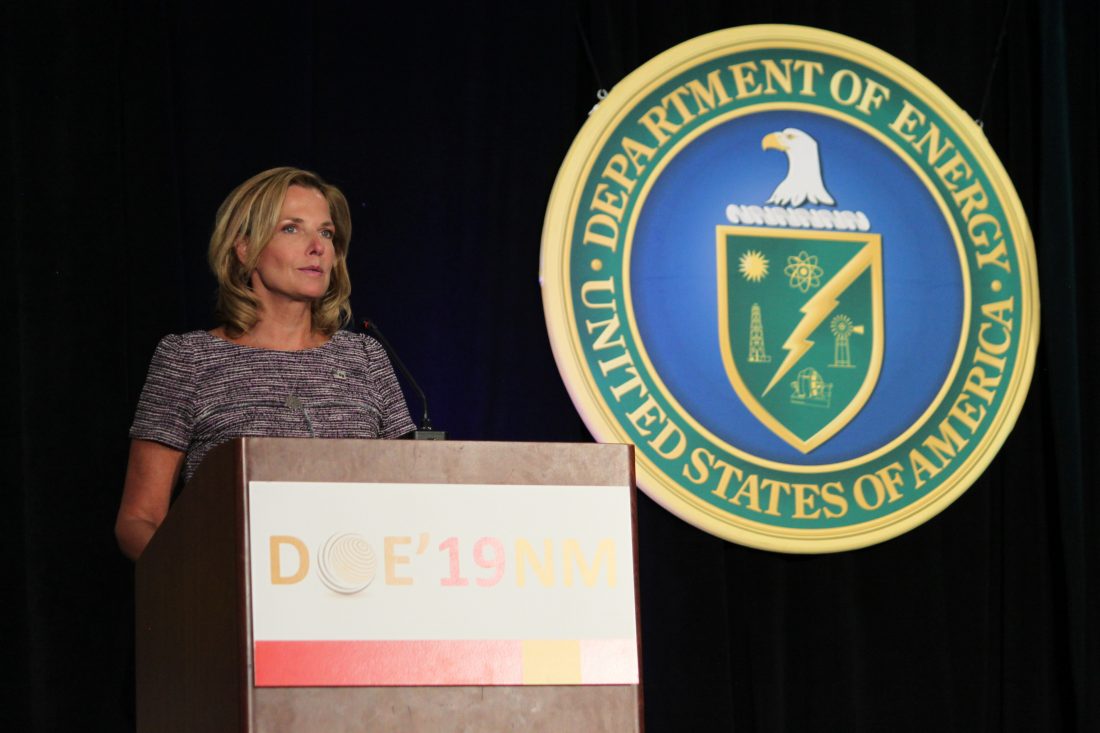 ALBUQUERQUE, N.M. — The head of the U.S. agency that maintains the nation’s nuclear weapons arsenal said Tuesday the country is facing the most complex and demanding global security environment since the Cold War.

She said Russia and China are investing significant resources to upgrade and expand their nuclear capabilities while trying to undermine U.S. alliances around the world. North Korea’s intentions remain unclear and in the Middle East, Iran is enriching uranium and has increased its nuclear stockpile beyond limits set by a 2015 accord.

“Amidst this increasing international turmoil, the effectiveness and credibility of our nuclear deterrent reassures our friends and our allies and serves as the ultimate insurance policy against a nuclear attack, deterring those who would wish to harm us,” she said.

This marks the latest in a series of visits by Gordon-Hagerty to New Mexico as her agency faces pressure to resume the production of plutonium pits, which are key components for nuclear weapons. The work is being split between Los Alamos National Laboratory in northern New Mexico and the Savanna River Site in South Carolina.

Federal officials have set a deadline of 2030 for ramped up production, but critics have questioned whether that can be met.

The mission of producing the pits has been based at Los Alamos — the birthplace of the atomic bomb — for years but none have been manufactured since 2011 as the lab was dogged by a string of safety lapses.

New Mexico also is home to Sandia National Laboratories, another federal installation that has played a key role in the nation’s nuclear weapons program and international nonproliferation efforts to keep nuclear or radioactive material from falling into the wrong hands.

Gordon-Hagerty didn’t mention plutonium pit production specifically but rather talked generally about her agency’s mission, saying billions of dollars are funneled annually to small businesses that supply goods and services to NNSA and its parent agency, the U.S. Energy Department.

Small businesses have played a role in national security for decades, she said, pointing to a mill in West Virginia that supplied parachute cloth for the U.S. Army’s airborne divisions and the Wisconsin company that made batteries for walkie-talkie sets during World War II.

State officials and members of New Mexico’s congressional delegation recently touted reports that highlighted the effects of Sandia and Los Alamos labs on the state’s economy. The labs each contributed about $3 billion.