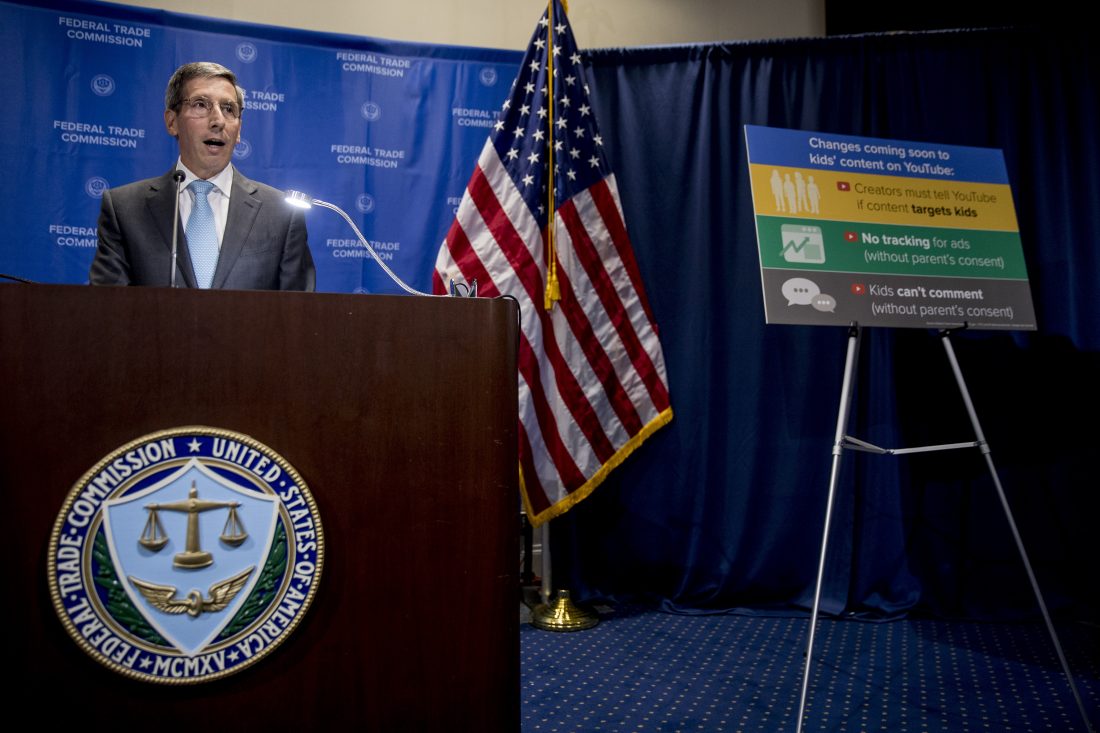 A sign with coming changes to kids' comment on YouTube is displayed as Federal Trade Commission Chairman Joe Simons speaks at a news conference at the Federal Trade Commission in Washington, Wednesday, Sept. 4, 2019, to announce that Google's video site YouTube has been fined $170 million to settle allegations it collected children's personal data without their parents' consent. (AP Photo/Andrew Harnik)

The company agreed to work with video creators to label material aimed at kids and said it will limit data collection when users view such videos, regardless of their age.

Some lawmakers and children’s advocacy groups, however, complained that the settlement terms aren’t strong enough to rein in a company whose parent, Alphabet, made a profit of $30.7 billion last year on revenue of $136.8 billion, mostly from targeted ads.

Google will pay $136 million to the Federal Trade Commission and $34 million to New York state, which had a similar investigation. The fine is the largest the FTC has levied against Google, but it’s tiny compared with the $5 billion fine against Facebook this year for privacy violations.

YouTube “baited kids with nursery rhymes, cartoons, and more to feed its massively profitable behavioral advertising business,” Democratic Commissioner Rohit Chopra said in a tweet. “It was lucrative, and it was illegal.”

The federal government has increased scrutiny of big tech companies in the past two years — especially questioning how the tech giants collect and use personal information from their billions of customers. Many of the huge Silicon Valley companies are also under antitrust investigations aimed at determining whether the companies have unlawfully stifled competition.

Kids under 13 are protected by a 1998 federal law that requires parental consent before companies can collect and share their personal information.

Tech companies typically skirt that by banning kids under 13 entirely, though such bans are rarely enforced. In YouTube’s lengthy terms of service, those who are under 13 are simply asked, “please do not use the Service.”

Yet many popular YouTube channels feature cartoons or sing-a-longs made for children. According to the FTC, YouTube assigned ratings to its video channels and even had a “Y” category directed at kids ages 7 or under, but YouTube targeted ads to those kids just as they would adults.

The FTC’s complaint includes as evidence Google presentations describing YouTube to toy companies Mattel and Hasbro as the “new Saturday Morning Cartoons” and the “#1 website regularly visited by kids.”

“YouTube touted its popularity with children to prospective corporate clients,” FTC Chairman Joe Simons said. But when it came to complying with the law, he said, “the company refused to acknowledge that portions of its platform were clearly directed to kids.”

According to the settlement, Google and YouTube will get “verifiable” consent from parents before they collect or use personal information from children. The company also agreed not to use data collected from children before.

YouTube has its own service for children, YouTube Kids. The kids-focused service already requires parental consent and uses simple math problems to ensure that kids aren’t signing in on their own.

YouTube Kids does not target ads based on viewer interests the way the main YouTube service does. But the children’s version does track information about what kids are watching in order to recommend videos. It also collects personally identifying device information.

On Wednesday, Google said that starting early next year, YouTube will also limit personalized ads on its main service for videos meant for kids. Google is relying on video creators to label such items, but will employ artificial intelligence to help.

YouTube won’t seek parental consent there, however, even on videos intended for children. YouTube is avoiding that precaution by instead turning off any personal tracking on those videos, saying it will collect only what is needed to make the service work. For such videos, YouTube also won’t offer features like comments and notifications.

Videos made for kids will still feature ads — just not the targeted, personal ads that generally bring in the most money for video creators.

“I think there has been a general anxiety of the kids and family community of creators on YouTube for quite some time,” said Chris Williams, CEO and founder of pocket.watch, a studio that works with many popular YouTube child stars, including Ryan ToysReview.

Pocket.watch helps YouTube stars expand beyond the streaming site and find new lines of business, from consumer products to network TV shows. Williams expects that business to become more important. But YouTube will still be the big way to build an audience, he said.

“It represents a part of the puzzle for your brand growth, a big one,” he said.

The settlement now needs to be approved by a federal court in Washington. As with the Facebook settlement, the FTC vote was 3-2, with both Democrats opposing it as too weak.

Sen. Edward Markey, a Massachusetts Democrat, said the settlement won’t turn YouTube into a safe place for children and “makes clear that this FTC stands for ‘Forgetting Teens and Children.'” 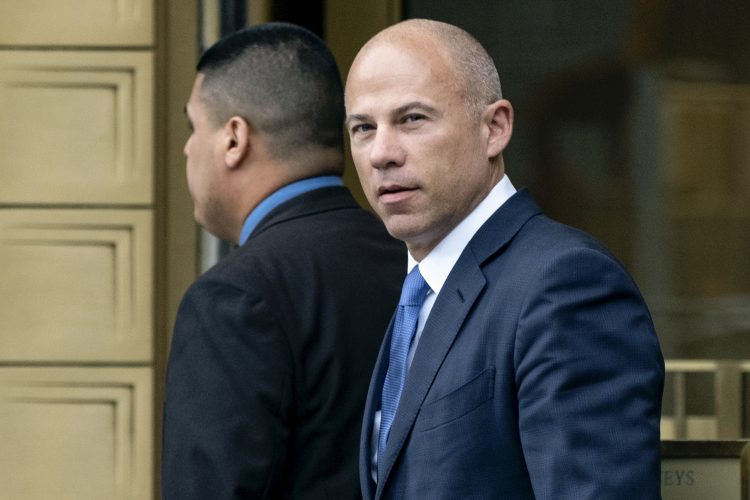