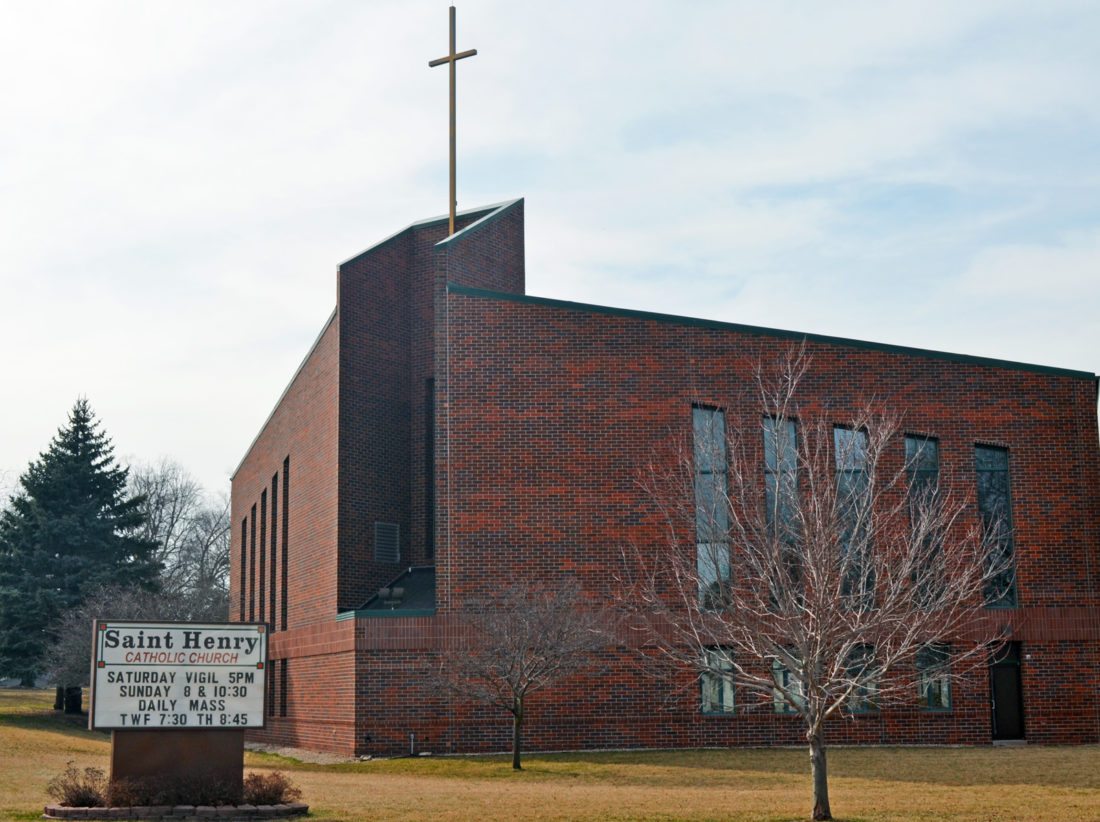 Marshalltown’s two Catholic Churches — St. Henry and St. Mary parishes — have formed a task force to explore the possibility of uniting into one parish, while still operating out of two churches. Pooling finances together, consolidating committees and increasing staff productivity were reasons cited for the potential merger

Marshalltown’s two Catholic Churches — St. Mary and St. Henry parishes — have formed a task force to explore the possibility of uniting into one parish, while still operating out of two churches.

“There has been some talk for more than seven years to merge. The parish councils have met for years to coordinate and complement each other,” said Task Force Spokesman Dick Hierstein. “And in 2011, we conducted a survey that showed strong support for either combining the parishes or working toward such unification.”

The task force consists of members of both parishes, the pastors, and a Dubuque Archdiocesan facilitator. Knowing this news may conjure concerns from parishioners and the wider community, the task force has emphasized a desire for transparency. Since February, it has held public meetings at 6 p.m. on the second and fourth Thursday of the month at one of the churches to discuss progress. These updates are posted in both churches’ Sunday bulletins and on their websites.

Pooling finances together, consolidating committees and increasing staff productivity were reasons cited for the potential merger.

“Having two separate parishes means two parish councils, two finance committees, two liturgy committees, and all that takes staff and time,” Hierstein explained. “Right now, both priests have to attend all these meetings, and if we merged, only one pastor would take care of the meetings, freeing up the other (who would become the associate priest), to do ministry, rather than administrative work.”

Hierstein noted that before a merger was going to be seriously considered, the two parishes first wanted to work towards forming a joint elementary school, opening St. Francis Catholic School in 2015 on the grounds of the former St. Henry school campus.

“After the school was ready, we started to talk about merging the two parishes,” he said.

St. Mary Catholic Church, the larger and older of the two parishes, was established in 1869, and has an active Hispanic Ministry. St. Henry Catholic Church opened in 1959 to accommodate the community’s burgeoning Catholic population.

Combining efforts is already occurring. Bethany Jablonski serves as the coordinator of youth ministry for both parishes. She administers the confirmation program, organizes summer youth trips, and plans a variety of youth activities for kids in grades 6-12. A member of St. Henry’s, she attends worship services at both churches.

“I think it’s great that the task force is investigating the possibility of further unifying St. Henry and St. Mary. There are so many ways the two churches already work together. Anytime we can improve the way we do things, it means we will operate more efficiently, allowing us to better serve the whole community,” Jablonski said.

Sister Christine Feagan, OP, who has worked as St. Mary’s Hispanic Ministry director for nearly 20 years, said a merger would not negatively impact her ministry.

“By combining resources we’re that much richer, because we would share the gifts and talents of everyone,” she said. “We are one faith community, one platform.”

Currently, Spanish Masses are only held at St. Mary’s, but some members of both parishes regularly attend services at both churches.

By the early part of June, the task force expects to send its unification report to Archbishop of Dubuque Michael Jackels who will ultimately make any and all decisions moving forward.

For more information, Hierstein may be reached at: dickhierstein@gmail.com. The next task force meeting will be held at St. Mary’s administrative office on April 26 at 6 p.m.