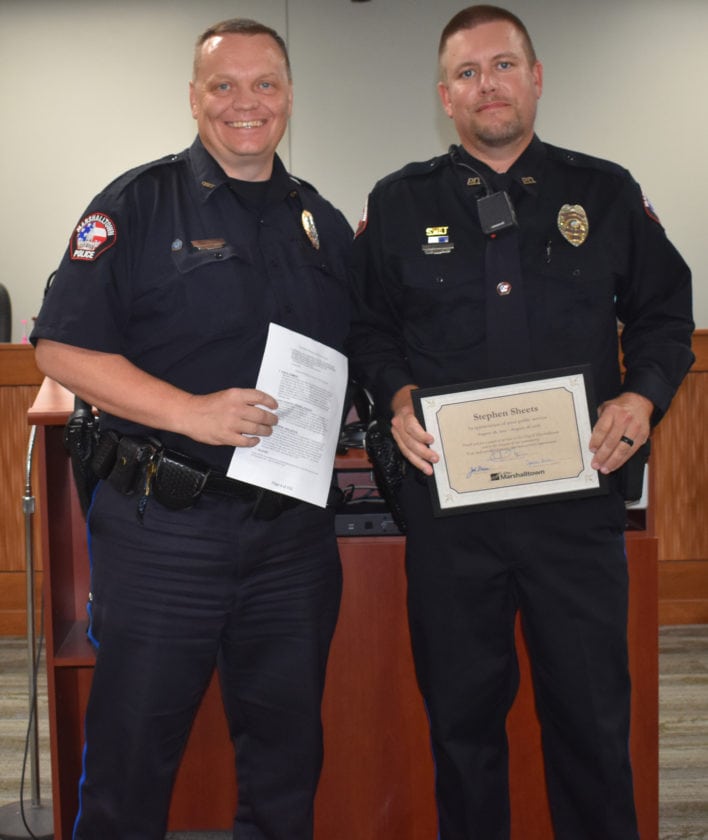 Marshalltown Chief of Police Mike Tupper, left, is shown with Officer Stephen Sheets after Tupper presented him a five-year service award at Monday night’s city council meeting. Tupper said Sheets currently works on the overnight patrol and is a member of the MPD’s tactical team.

“Stephen operates like a veteran and is one of the best officers we have,” Tupper said. “I have been impressed with his initiative and hard work. He is even-tempered, and works well with the public regardless of circumstance and situation.”