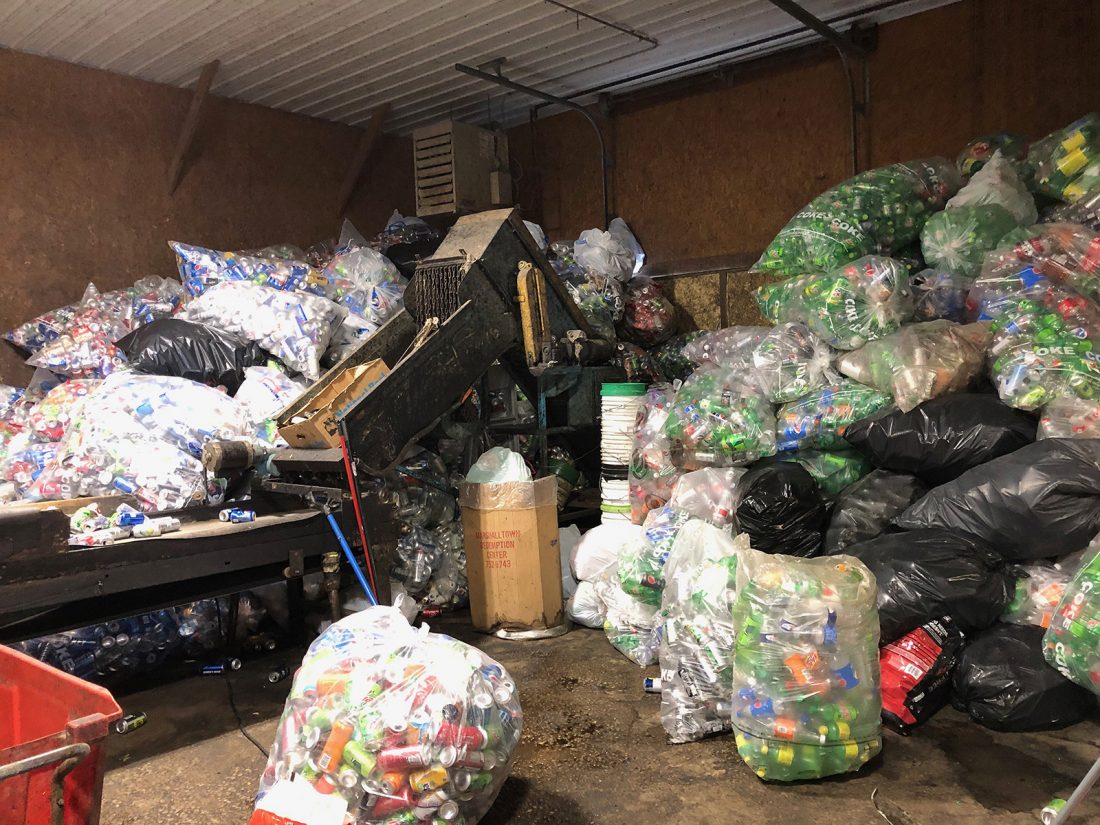 T-R PHOTO BY ADAM SODDERS - Despite customers still hauling in bags of spent Mountain Dew and Coca-Cola bottles and cans, Marshalltown Redemption Center owner Todd Karr says the business is struggling because the 1-cent handling fee allowed by the state is too low to keep up with costs.

It has been 40 years since the current handling fee for can and bottle redemption was set at 1 cent by the state legislature. A local redemption center owner said that isn’t nearly enough to cover costs anymore.

“Right now, we’re not making any money. We haven’t made any money probably for eight or nine years,” Karr said. “We’ve had money built up. We were kind of hoping they would give us the increase sometime and then it’ll be better again.”

He said he’s had to take a job with a local trucking company due to the lack of revenue coming into the redemption center, which has been in Marshalltown for over 30 years. Karr said the center takes in about one-third of the cans and bottles it saw about 25 years ago.

Fisher said the two-cent handling fee is an essential step in improving the situation for people like Karr.

“Without that, I don’t see our redemption centers surviving,” Fisher said.

He said there are multiple bills calling for changes to the current can and bottle redemption system. Karr and Fisher said that some proposals may not be practical enough to pass, and there is resistance from grocery organizations in the state.

“It may take until next year. We’re going to have to have some fairly intense discussions,” Fisher said. “All of those parties are going to have to come together with a solution. There’s a lot of people wanting to go in a lot of different directions.”

Karr said he is hoping for action as soon as possible. Along with an increase in the handling fee, he said he also wants to see a regular funding increase put into law.

“When we first started, we had two shifts here starting. Now, we run five hours a day for four days a week,” Karr said. “They need to give us two cents, and then they need to build something in, a quarter cent every three or four years.”

He said he also wants to see the types of accepted cans and bottles expanded to include things like water bottles, which are currently exempt from redemption.

He said redemption centers like his provide an important public service, providing a place for people to return used bottles and cans that will stay out of landfills.

To track legislation at the State Capitol, visit https://www.legis.iowa.gov/