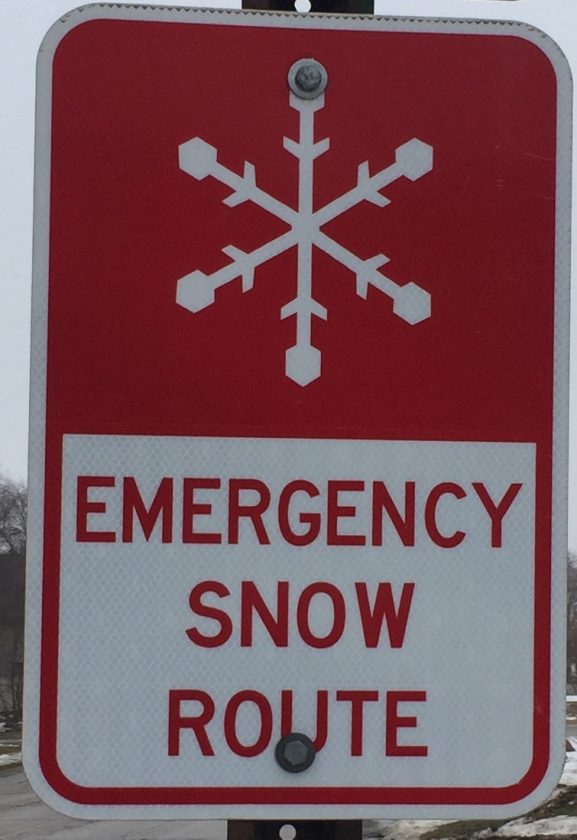 The Marshalltown Public Works department has declared a snow emergency for Marshalltown. The snow ordinance will go into effect on Monday at noon. It is anticipated snow fall will continue until early morning Tuesday. Snow ordinance parking restrictions will remain in effect until plowing operations conclude.

Residents are asked to remove their vehicles from the designated emergency snow routes in order to help facilitate snow removal operations. The Marshalltown Police Department reminds everyone that vehicles found parked on the emergency snow routes will be ticketed and towed at the owner’s expense. While the snow ordinance parking restrictions only apply to the designated snow routes, residents are encouraged to cease on street parking during snow events. Assistance with this request allows city crews the space they need to safely and quickly clear all city streets.

Maps of designated snow routes are available on the City of Marshalltown website, main page under the Community tab https://www.marshalltown-ia.gov or can be picked up in the lobby of the police department. Snow routes are also clearly marked by red and white street signs.