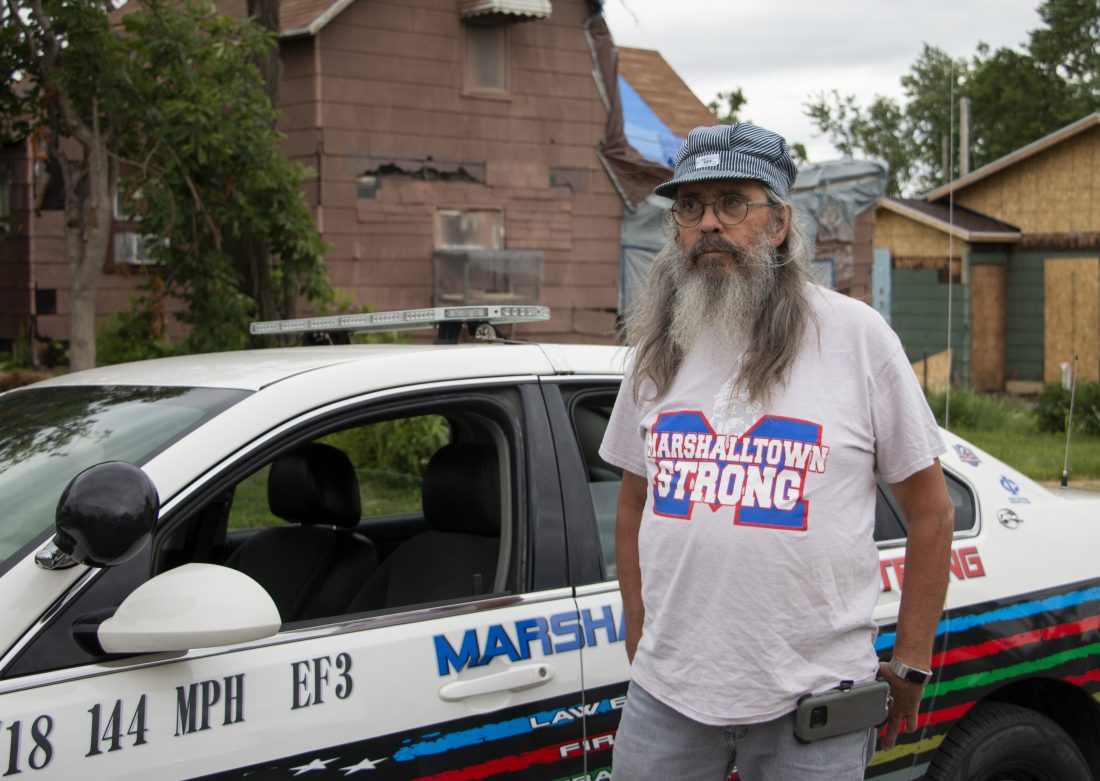 Bill Channell witnessed debris fly through the air as he stood in front of his garage along Marion Street, watching the tornado destroy nearby businesses and homes. He said while the sights of the destruction remain clear in his mind, he can’t remember any sounds.

“My house was one of the first properties on the north side of town to be hit by the tornado that came in from the northwest,” he said. “Shortly after recovering from the shock, I saw one highway patrolman on the corner of Third Avenue and Marion that was desperately trying to control (traffic).”

“I walked up to the patrolman saying something of the sort ‘I don’t want to bother you, but I have a retired police car’ and he said ‘I know, go get it.'”

In 2016, Channell purchased a retired police car locally that once belonged to the Toledo Police Department. He lost track of how much it cost to fix the car up, but at that moment, he could think of only one good use for it: helping first responders navigate the busy intersection — sorting emergency personnel from spectators. 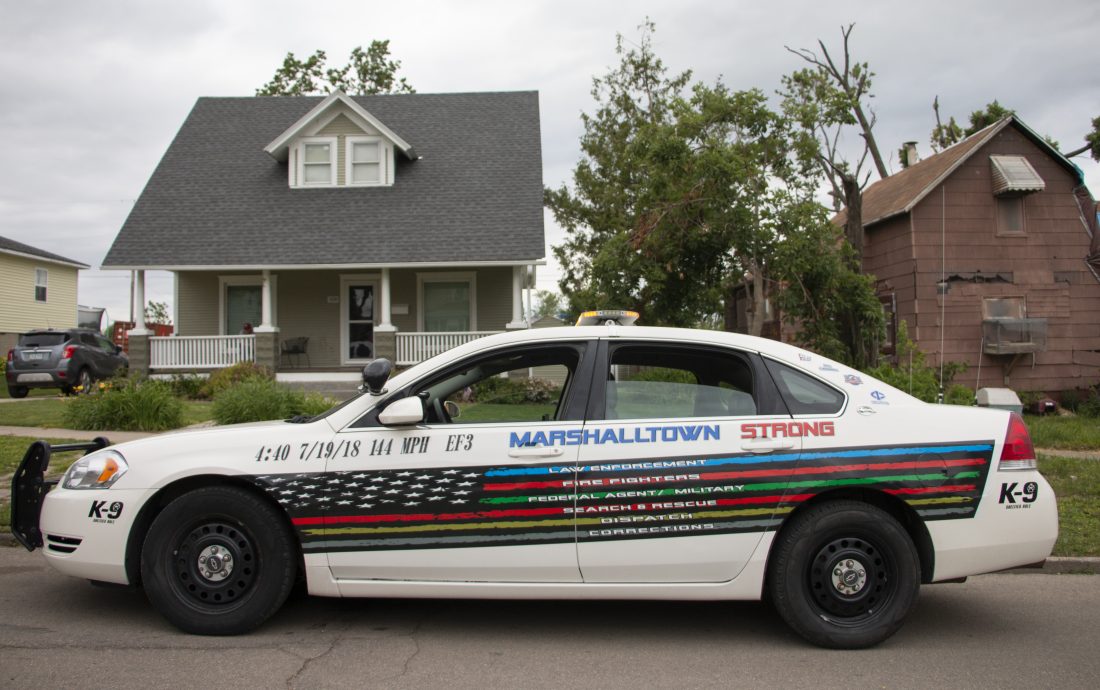 “I have known Bill approximately 25 years, acquainted through church and community. I have known his heart to be in the right place and witnessed his willingness to support his neighborhood and Marshall County public safety in general,” Marshall County Sheriff Steve Hoffman said. “Knowing that Bill stepped up to assist during the tornado crisis fits the character of the man that I have come to know.”

Channell was first stationed at the corner of Third Avenue and Marion Street, then asked to go to Lincoln Street and Third Street and then headed back over to the area of the then-decimated Third Avenue Casey’s.

“I learned that night to respect law enforcement a lot more than I ever had before. I had no idea how much they had to go through with people,” Channell said. “I don’t remember how long that night I worked but it was as long as I could, since I’m disabled.”

Channell lives with the residual effects of bone cancer. He’s been on disability for about six years, having to retire from his handyman business.

Originally, he intended the retired police car to be used as a second vehicle for himself — decked out with pro-law enforcement decal.

He took the vehicle to Iowa Central Community College in Fort Dodge where students put in free labor to repair it. He just had to pay for parts.

“It started out being a support-your-local-police project, and in the midst of all this, decided it had to be broadened,” he said.

Back in Marshalltown, Channell had S&S Auto Body & Frame do the remainder of the work, charging a fraction of what it normally would cost because of the cool concept of Channell’s project. He then got in touch with the Sign Shop to put the finishing touches on the police car to incorporate the “Marshalltown Strong” theme.

The car is a colorful homage to law enforcement and first responders, complete with a nod to his love for sheltie dogs.

But Channell’s involvement with tornado relief extended past July 19, 2018. As a licensed pastor, he’s provided spiritual counseling to those still hurting. He also donated many of his construction tools and supplies to those needing to get their homes back in livable condition.

“Being on disability, it took me three years to do this (car project) with donations and I mortgaged my house,” he said.

Channell drives the car on occasion. He plans to enter it in this year’s Oktemberfest parade and any local car shows.

“I know he has been excited to show his car memorializing and honoring the coordinated emergency response of Fire, EMS and law enforcement,” Hoffman said.