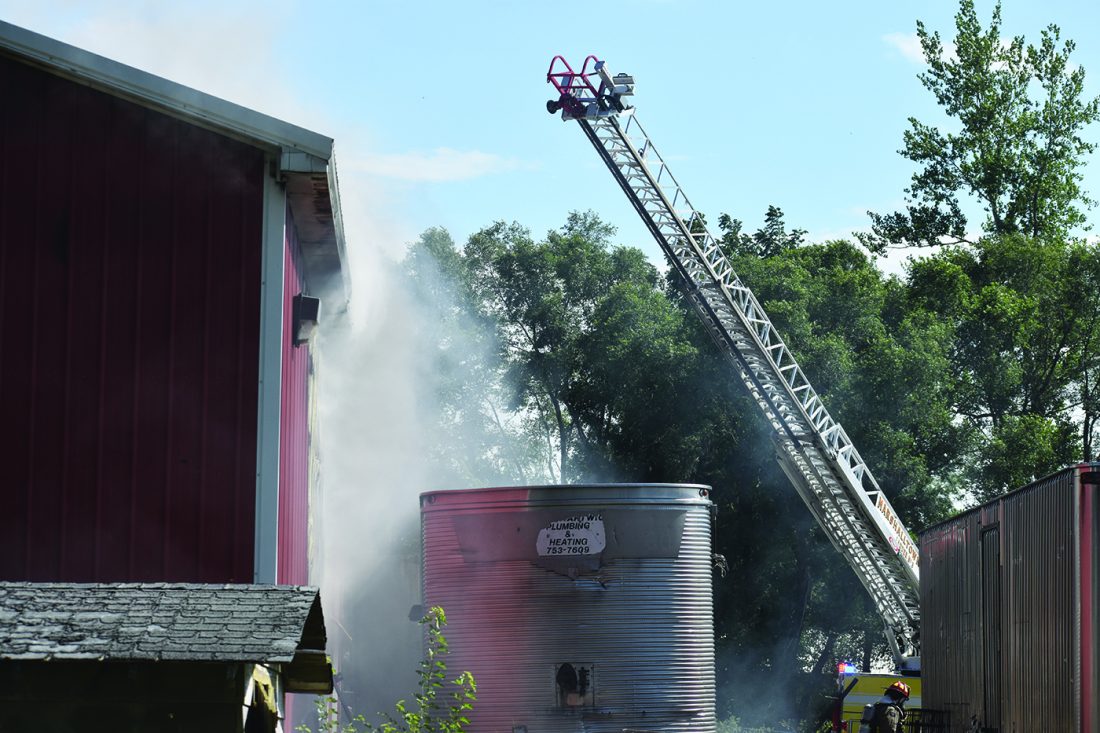 T-R PHOTO BY MIKE DONAHEY
Smoke billows from the west side of the LeRoy Morford Construction Co. building in the 700 block of West Madison Street Friday with the extended ladder from a Marshalltown Fire Department truck in background. Deputy Fire Chief Chris Cross said personnel arrived on scene at approximately 3:35 p.m. Owner LeRoy Morford arrived on scene shortly before 4 p.m. Also on scene was the Marshalltown Police Department and UnityPoint Health-Marshalltown EMS. No other information was available at press time.