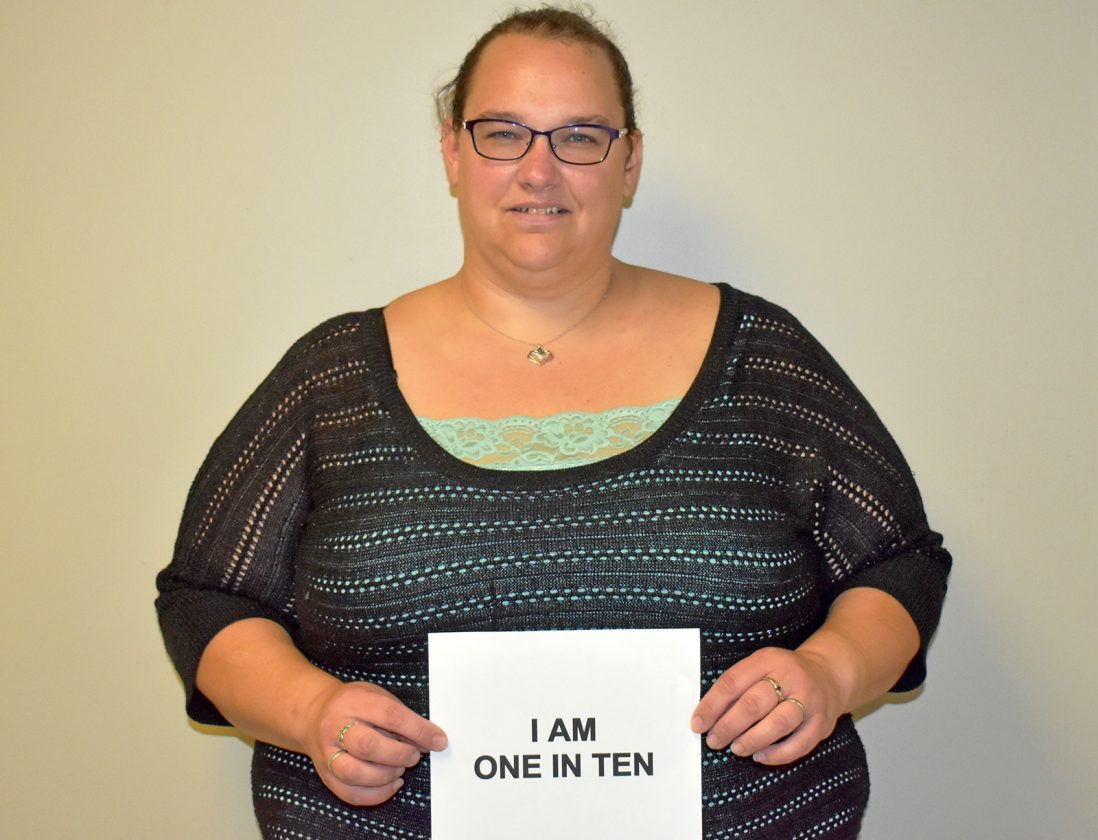 T-R PHOTO BY SARA JORDAN-HEINTZ
Marshalltown native Samantha Fox, 36, is the 1 in 10 women who suffer from Polycystic ovary syndrome, a hormone imbalance characterized by irregular periods, unwanted hair growth, hair loss on the scalp, acne and difficulty maintaining a healthy weight. It can lead to infertility and miscarriage.

When Marshalltown native Samantha Fox, 36, looks back on her teen years dealing with irregular and painful periods, she knows she’s spent more than two decades of her life struggling with a hormonal disorder called Polycystic ovary syndrome (PCOS).

However she wasn’t diagnosed with it until 12 years ago upon having her first miscarriage.

PCOS is a hormone imbalance characterized by irregular periods, unwanted hair growth, hair loss on the scalp, acne and difficulty maintaining a healthy weight. It affects 1 in 10 women of childbearing age. Poly, meaning many and cystic meaning cysts, refer to how some people with the disorder also have enlarged ovaries that harbor several small cysts, also known as follicles. While women with PCOS tend to have a normal uterus and healthy eggs, they can have difficulty getting pregnant because they do not ovulate regularly. The severity of symptoms vary widely among suffers.

“As a teen I was taking a type of birth control where I didn’t have a monthly period, so it wasn’t something I thought about being abnormal,” Fox said. “I got married in 2007 and soon after got pregnant, then lost the baby. The doctor said there were factors that added into the PCOS diagnosis, but I don’t actually have cysts on my ovaries. It’s more the imbalance of the hormones.”

She got pregnant again, but had another miscarriage.

“I just knew I needed to be a mom. It was very passionate for me,” she said. “The doctors said they couldn’t intervene until I had three miscarriages, because of my age. Then I had my third.”

Fox got pregnant again shortly thereafter, with her daughter Phoenix, 4.

“I had to have my blood checked daily for the first few weeks of my pregnancy with her to make sure the hormone level was good for sustaining it,” Fox said. “That was the problem — staying pregnant. I could get pregnant easily.”

“In the beginning, all I could do was ask questions, listen to her and do research,” he said. “Through research, we decided to change our eating habits and started to have a more active lifestyle. Not wanting her to do this alone, we tracked our meals and worked out together.”

But weight loss came much easier for Shawn. Obesity is associated with PCOS and can worsen its complications such as the development of sleep apnea, prediabetes and Type 2 diabetes. While the exact cause of the syndrome is unknown, several factors play a role, including genetics and having high levels of androgens. Androgens are sometimes called male hormones, although all women make small amounts of it. Females with PCOS have more androgens than normal. Excessive hair on the face, chin, or other body parts is known as hirsutism, which affects up to 70 percent of women with PCOS, according to womenshealth.gov.

Many women with PCOS endure stigmatization, especially when excessive body hair is clearly visible. Some females are able to grow full beards due to the speed and thickness with which the hair grows.

Darkening of skin, especially of neck creases, in the groin and underneath arms are some additional signs of the disorder, as well as skin tags.

Having high levels of insulin is also common among suffers, which can lead to insulin resistance. Some people with PCOS, including Fox, take the Type 2 diabetes drug metformin.

When Phoenix was six months old, Fox again found herself pregnant despite not having regular periods due to breastfeeding. Sadly, that pregnancy also ended in miscarriage.

“I don’t really mind the hair issues. They don’t get in the way of my life,” Fox said. “But the infertility was very emotional.”

In March 2018, the couple welcomed a second daughter, Sophia. Fox dealt with gestational diabetes while carrying both children.

Fox, who is employed as a social worker at YSS, runs programs for young, homeless parents.

“To help a woman who just had a miscarriage would bring those emotions back up for me, re-traumatizing myself,” she said. “I also work with drug addicts and see their kids suffering. You want to be that mother who cares.”

Shawn said he is committed to being a supportive spouse.

“Ultimately I wanted her to know that even though this was happening to her, that she wasn’t alone,” he said.

To learn more about the symptoms and treatment of PCOS, visit www.pcosaa.org. 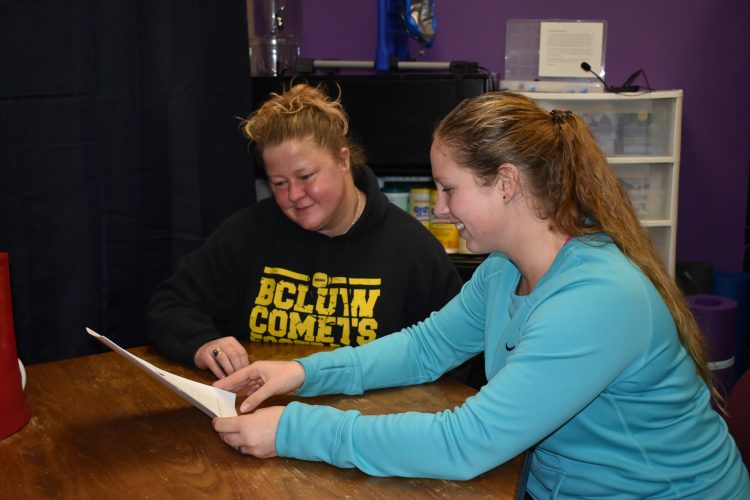 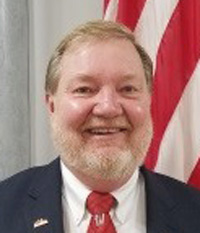 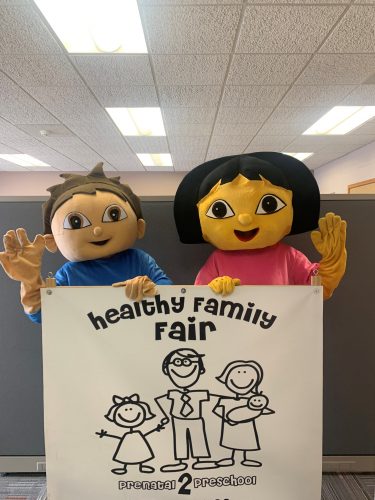 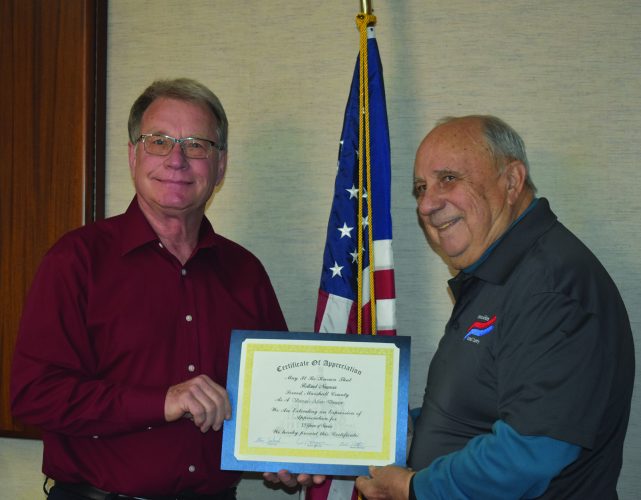 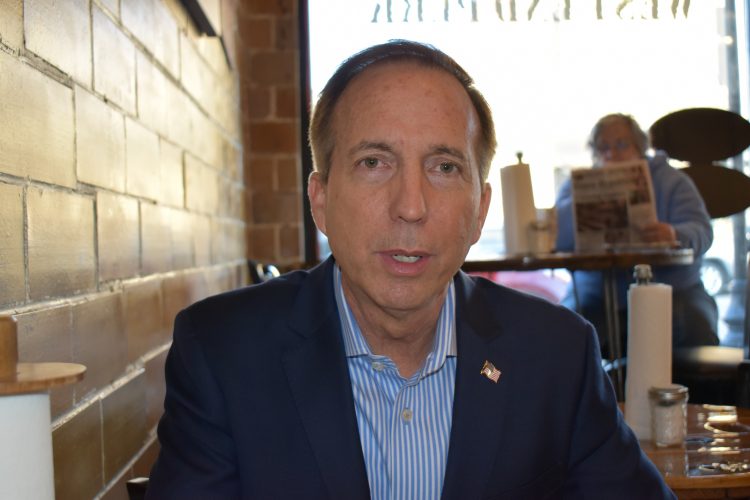