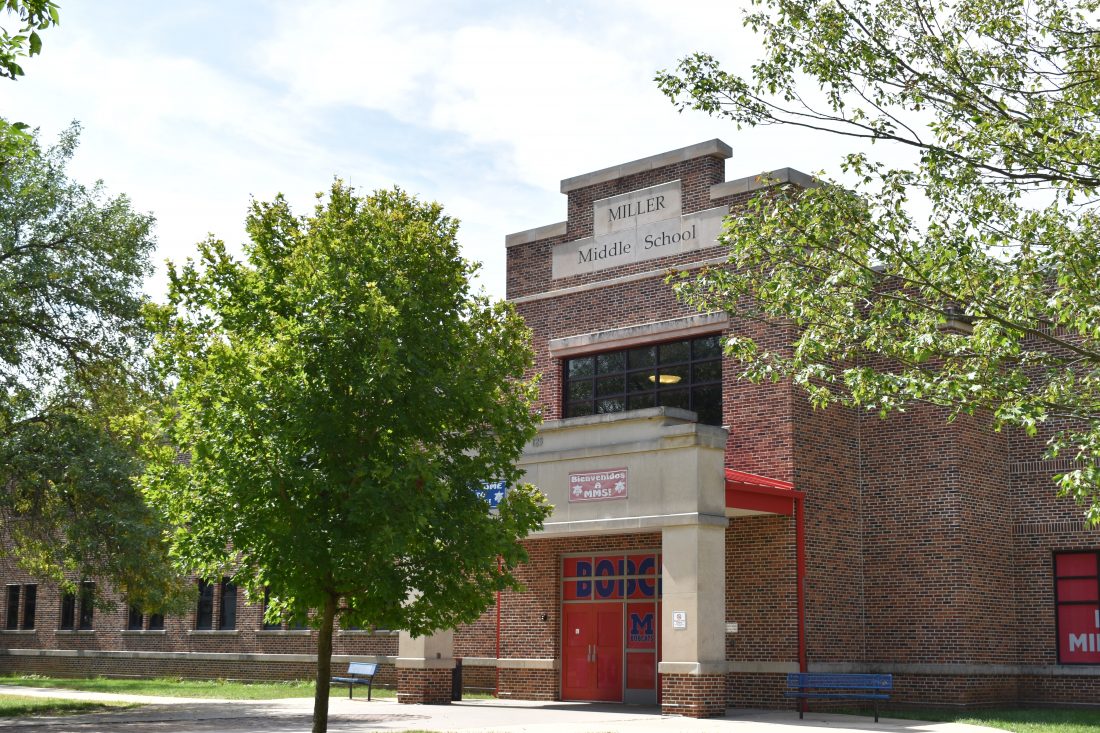 T-R PHOTO BY ADAM SODDERS Police and school officials have been investigating a threat by a Miller Middle School student. Leaders from both entities say it is safe to go to school.

The investigation into a social media threat involving a Miller Middle School student is ongoing.

Potter did not share specifics about which student or students are being investigated, nor about the exact nature of the threat. Marshalltown Police Capt. Brian Batterson said the police investigation into the incident has concluded and the threat made by a Miller student was “not necessarily specific against any particular person.

“It was a social media, internet type of thing … it wasn’t a face-to-face threat, it wasn’t person-to-person,” Batterson said. “All parties involved have been talked to, the school is aware and they’re monitoring the situation with the students.”

Batterson confirmed Marshalltown Police Chief Mike Tupper’s message from Monday night that there is no credible threat and it is safe for students to be in class.

Despite there being no credible danger, Potter said about 182 of Miller’s 800 students were absent Tuesday, about a quarter of the student body. Potter said dozens of those absences were reported as being due to illness.

He said the district followed its protocol for dealing with a threat.

He said each school building has its own plan of action when it comes to dealing with different types of threats, but did not go into details about those plans for security reasons.

Potter also said it is important that people are careful about what they share on social media.

Unfortunately, social media rumors can compound problems and then misinformation gets passed around in this day and age,” he said. “People share things that are not necessarily true, so it’s kind of tough to try and sort things out for people who are on social media.”