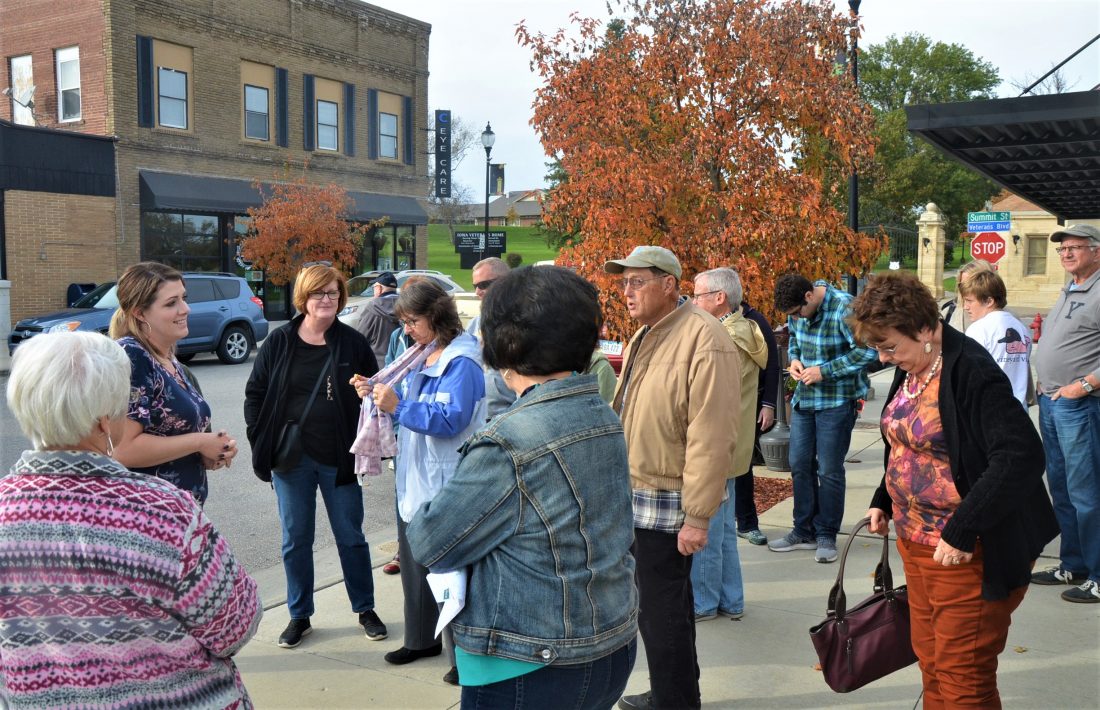 According to Heidi Draisey, 13th Street District Events Chair and board member, the History Mystery is designed to really connect the history of the past with the rich history of the Veterans Home and to 13th street itself.

“We feel there is value to tell these stories that are an important part of us and Marshalltown in general,” she said.

Special presenter at the Sunday session was Dorie Tammen, historian representing Riverside Cemetery in Marshalltown. She began by showing the book of the history of Marshall County written in 1867 by Nettie Sanford – pointing out facts such as the first white child born in Marshall County was Adrian Anson, son of Henry Anson Esq. in 1851, and the first funeral in the county was that of a young daughter belonging to a Mr. Silas Corn on Aug 10, 1853.

“It was a gloomy hour for the family, but there was scarcely a word of ceremony. They parted the grass in yellow autumn asters the corner of Jack Braddy’s farm and laid the little one to sleep in a pine coffin. In September her sister, a child of seven years was laid to rest beside her,” Tammen read. 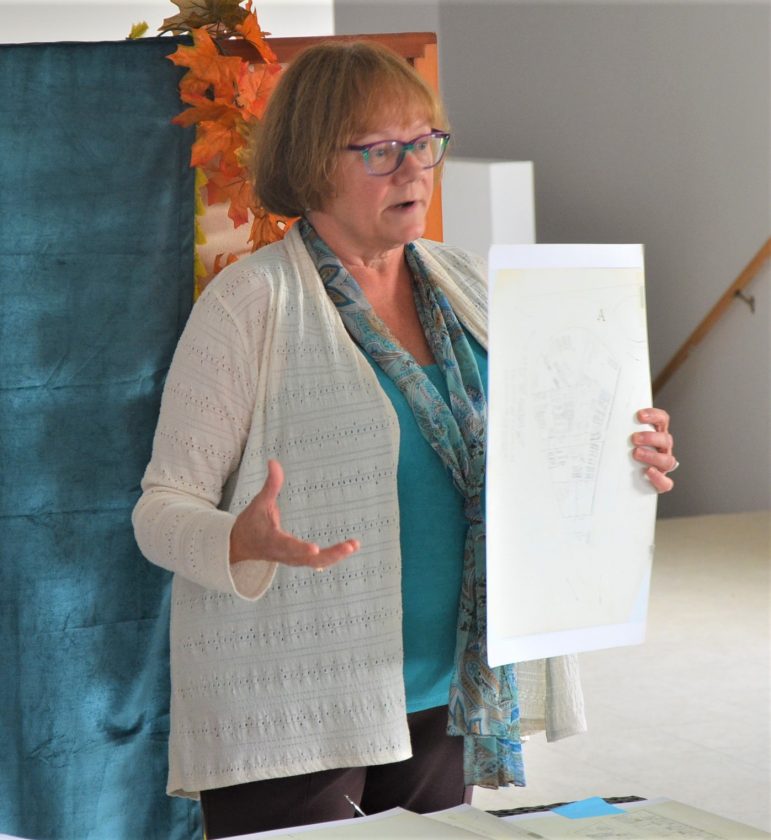 She soon pointed out that Jack Braddy’s farm was located on what is now the Veterans Home grounds, and that the creek that flows through the Veterans home grounds and under 13th Street to West End park is still known as Braddy’s creek today.

In 1856, the name of the cemetery was changed to Hartwell Cemetery and when the Veterans Home was built in 1887, 58 bodies were dug up and transferred to Riverside Cemetery. They were buried in unmarked spots but never identified.

Tammen showed a plat book that is one of 14 showing graves in Riverside Cemetery today beginning with record number 1309. She related some of the entries such as one about an adult unidentified male that died from a pistol shot to the head whose body was found along the tracks.

Also in the history was the story of Henry Hartwell, a soldier in the Civil War that came down with measles and refused to stay in the hospital but regained his troop. He died along a roadside in Missouri, but later was returned to Riverside.

Another person in her history lesson was Nelson Ames — postmaster-mayor and commander of the Grand Republic Army who had led troops in the Battle of Gettysburg. He returned to Marshalltown where he ran mayor’s court in addition to his other jobs.

She also brought up names such as Josiah French, Jonny Green and Elizabeth Ward Gillette –relating their history to the district, the IVH and Marshalltown.

Heidi Dalal of the Marshalltown Public Art Committee spoke briefly during the walking tour about “Echo” the sculpture on 13th Street that was designed by Bruce White of DeKalb, Il. It was erected in May 2016 by Dave’s Crane and Wrecker Service of Union.

Dalal said the district collaborates with other agencies to bring about events such as Yoga in the Park; a car show, and have the pop-up shop and holiday lighting event planned again this holiday season with more details forthcoming. 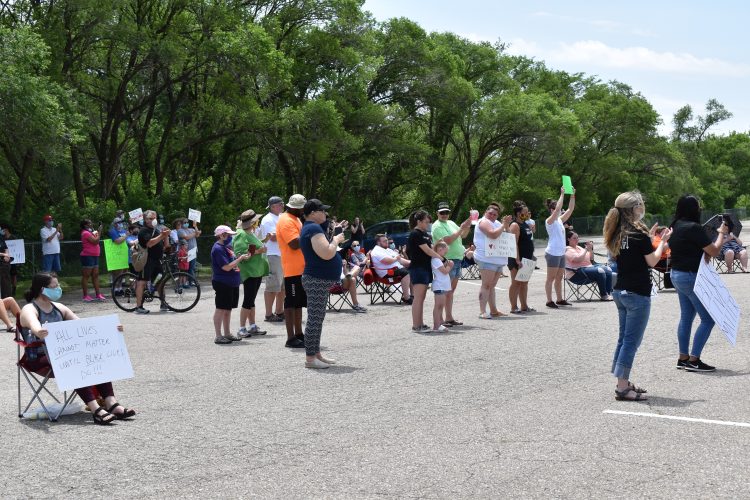