Pat Grassley, grandson of US senator, to be Iowa Speaker 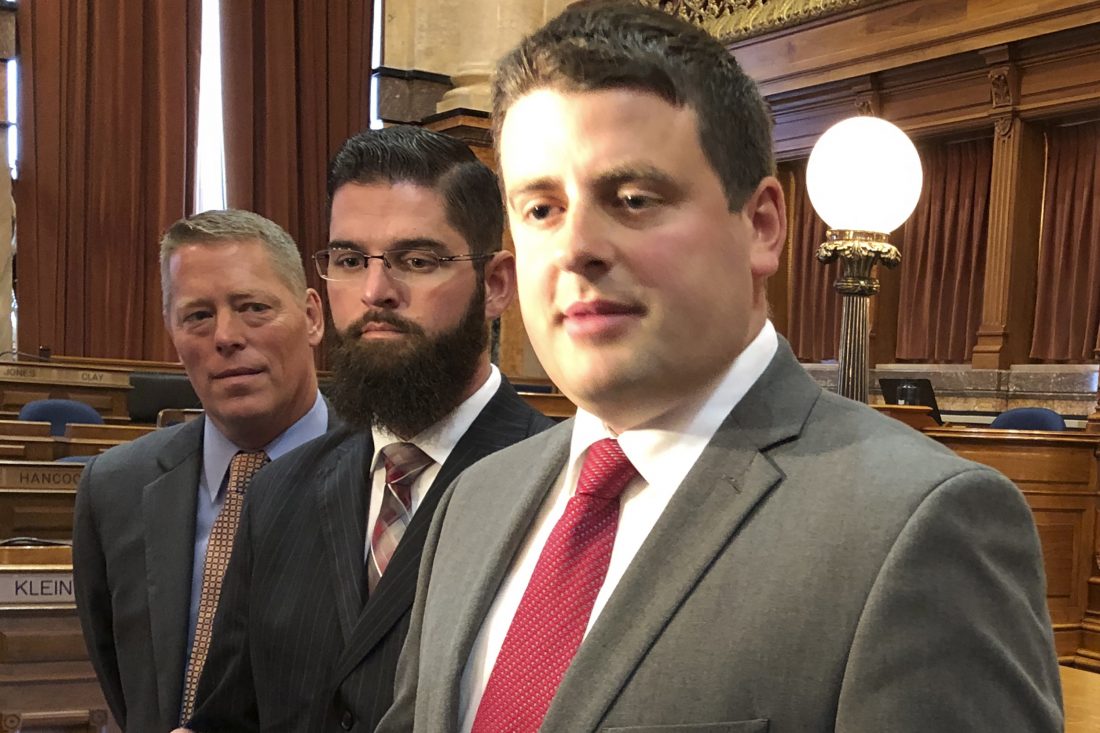 From left, Iowa Reps. John Wills, Matt Windschitl and Pat Grassley talk to reporters at the Iowa Capitol on Monday Oct. 7, 2019, after their selection as the new leadership team for the Iowa House. Grassley, grandson of U.S. Sen. Charles Grassley, was chosen as the next House Speaker on Monday. (AP Photo/David Pitt)

Pat Grassley was chosen by the GOP House caucus on Monday. He will take over as speaker after a vote of the full House in January. Republicans hold a 53-47 majority in the chamber.

Rep. Linda Upmeyer, speaker since 2015, announced a week ago that she would step down as speaker but serve the remainder of her current House term through the end of 2020.

Grassley, 36, of New Hartford, was first elected to the House in 2006. He operates a family farm with his father and grandfather, who also served in the Iowa House from 1959 to 1975. He has recently served as chairman of the House Appropriations Committee.

Grassley said he talked with his grandfather about running for speaker but asked him not to make calls on his behalf because the decision was one for the Republican caucus. He said conversations between them are more often about things other than politics.

“What I tell everyone is my grandpa and I talk about gas prices and who picks up more pop cans on the side of the road so lot of the conversations that we have are really more about just grandfather and grandson things,” Grassley said. “He’s more than happy to answer questions when I have them from me to him and give me advice but his job, and he knows this, is not to tell me what I am or am not going to do.”

“Pat has not forgotten his strong Butler County roots. Working on our family farm from a very young age, Pat embraces the value and virtue of hard work and it shows,” he said.

State Rep. Matt Windschitl, one of the House’s most ardent gun rights advocates, was elected House majority leader and state Rep. John Wills was elected as the next Speaker Pro Tem.