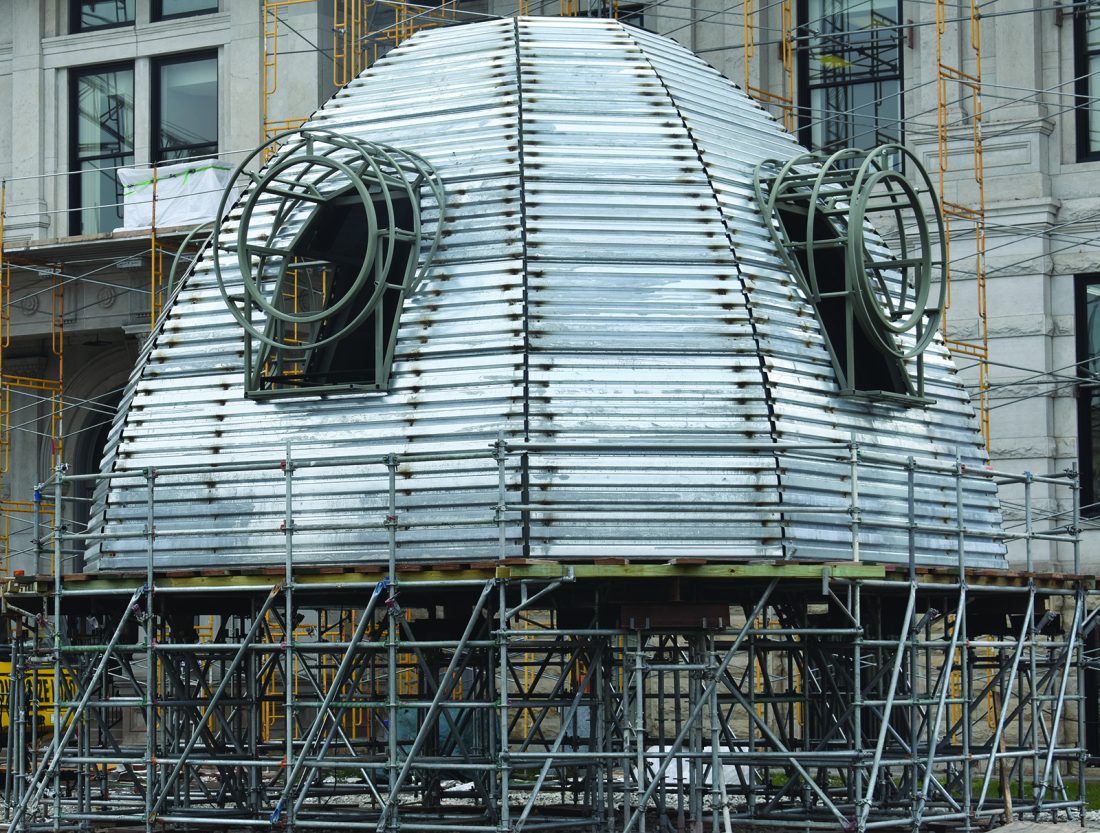 T-R FILE PHOTO The new dome for the Marshall County Courthouse sits on the grounds awaiting to be placed atop later this month.

Saying, “It is the right time to do the right thing,” District Court Judge John Haney asked the Marshalltown Rotary Club to support additional room for district court use on the fourth and fifth floor of the courthouse.

In a presentation before the local civic club Tuesday, Haney highlighted the current renovation plans for fourth and fifth floors as proposed by the Marshall County Board of Supervisors.

Those are two floors exclusively used by district court.

Haney told Rotarians the current plan is short on courtrooms and conference space.

He said the four courtrooms currently proposed is not adequate based on current court needs. 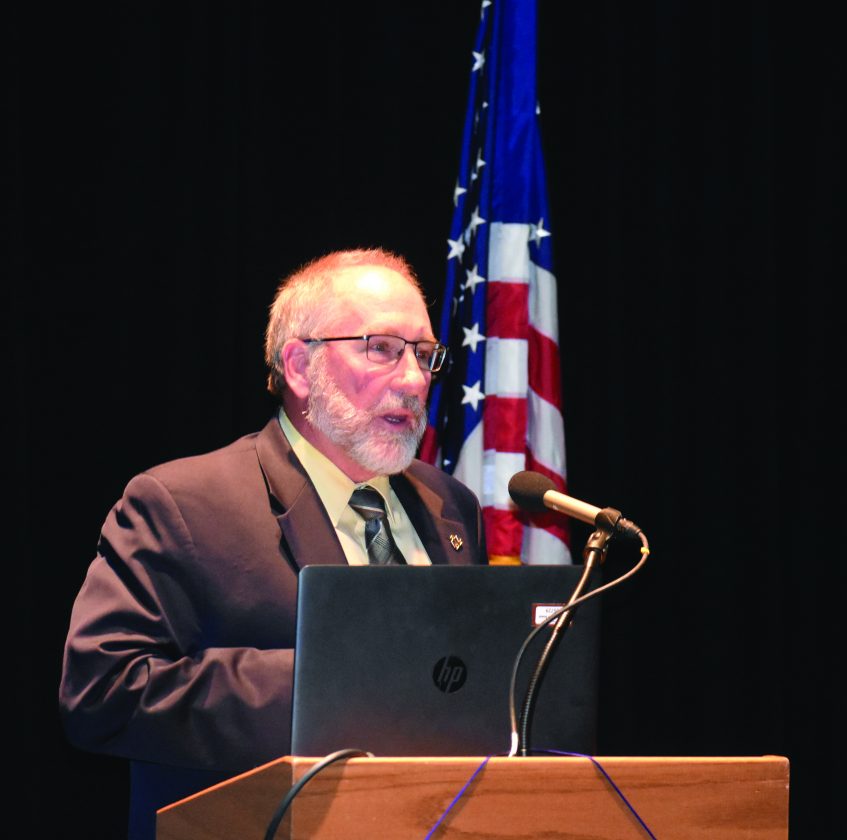 “The bottom line is that we need five courtrooms and could use six, along with more conference rooms,” he said.

Haney based his request for support on the following:

• Court resources and space were already stressed before the tornado.

• Scheduling was a challenge for both the civil and criminal dockets.

• Haney said Juvenile Court, the least recognized of the four types of court, is also the fastest growing.

The supervisors have the final say on the courthouse layout, including the areas occupied by the judicial branch, per Iowa Code.

“We gave the district court the vast majority of their needs,” supervisor Dave Thompson said. “We truly believe that what they will have is improved and better than pre-tornado. Now is it what the court system wants — no. That building is the seat of county government. The court system is merely a portion.”

Thompson said because there is so much renovation going on, the county had to follow building codes, for example, Americans with Disability Act bathroom regulations.

Thompson said 35 meetings were held with parties interested in courthouse renovations, buildings and grounds staff and others.

One plan would have five courtrooms on the fourth and fifth floor, but they would be smaller and there would be fewer conference rooms and office space for court staff.

To adapt to the suggestion, architects fit two separate restrooms into the same space as the single restroom was initially placed. One jury deliberation room would have direct access to one of the restrooms.

The second jury room, which would only be used in the case that two separate case deliberations occur at the same time, would go to the other restroom.

Regardless, it will be spring of next year before Marshall County residents can walk the halls of the historic building, as planning and work is still underway to repair the estimated $30-million in damages caused by the tornado.

T-R FILE PHOTO The new dome for the Marshall County Courthouse sits on the grounds awaiting to be placed atop later this month.