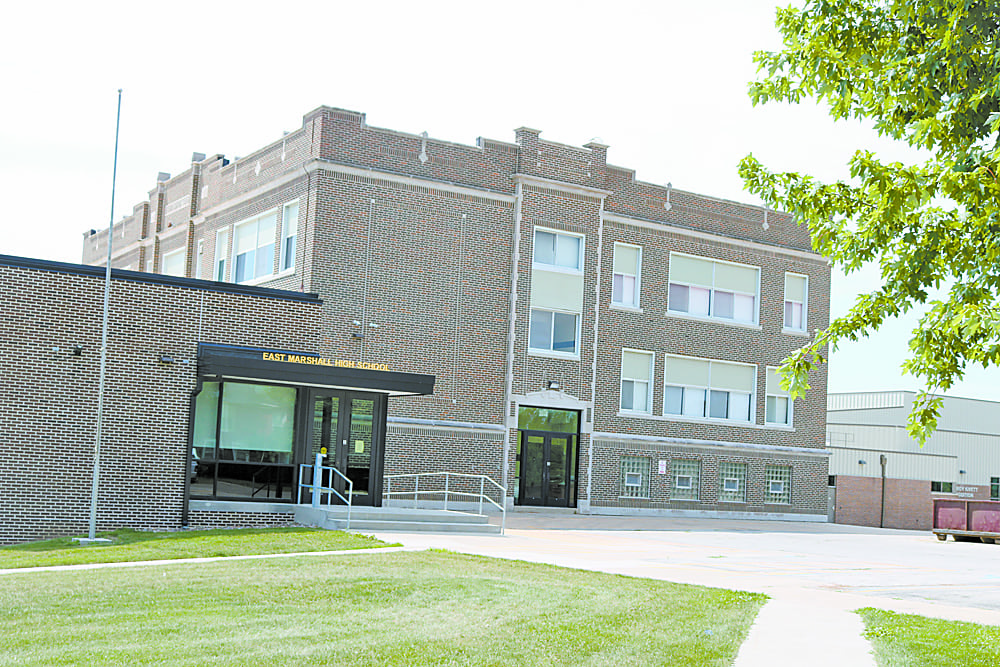 A threat of violence was taken seriously this week by East Marshall Community Schools and the Marshall County Sheriff’s Office.

East Marshall sent letters to parents of all students about the concern of a threat to the high school in Le Grand and provided assurances that it was not immediately credible.

Sheriff Steve Hoffman said after making preliminary inquiries, he has decided that there will not be an active investigation.

The superintendent — Anthony Ryan — said there was two incidents to address. The first took place in the school and involved two students.

“They had different views and it was a situation of two kids not getting along with each other,” Ryan said. “The principal did a good job looking in to it.”

The second situation was an assumption of a statement someone was alleged to have made. The assumption was posted on Snapchat.

“It was very generic,” Ryan said. “It was not a threat made by the person posting. It was a post about something she had heard. It was third parties posting information that was not accurate.”

Regardless the school takes threats and violence very seriously.

“I want everyone to know that what was being said was appropriately addressed,” Ryan said. “Safety is of the highest priority at East Marshall schools and it is also the responsibility of all of us. We need to work on it and communicating with one another.”

This was the first time in a long time the East Marshall School District had to proactively address a situation and communicate what was happening with parents.

“We have identified that everything is OK,” Ryan said. “We let the parents know. We want all of the students and staff at the schools to feel safe.”

In addition to the proactive stance the school district took with the perceived threat, students and faculty have also received ALICE training in the event of an active shooter.

“I feel the district has done a good job to be proactive in such things,” Ryan said. “We have a strong focus on routines and drills.”