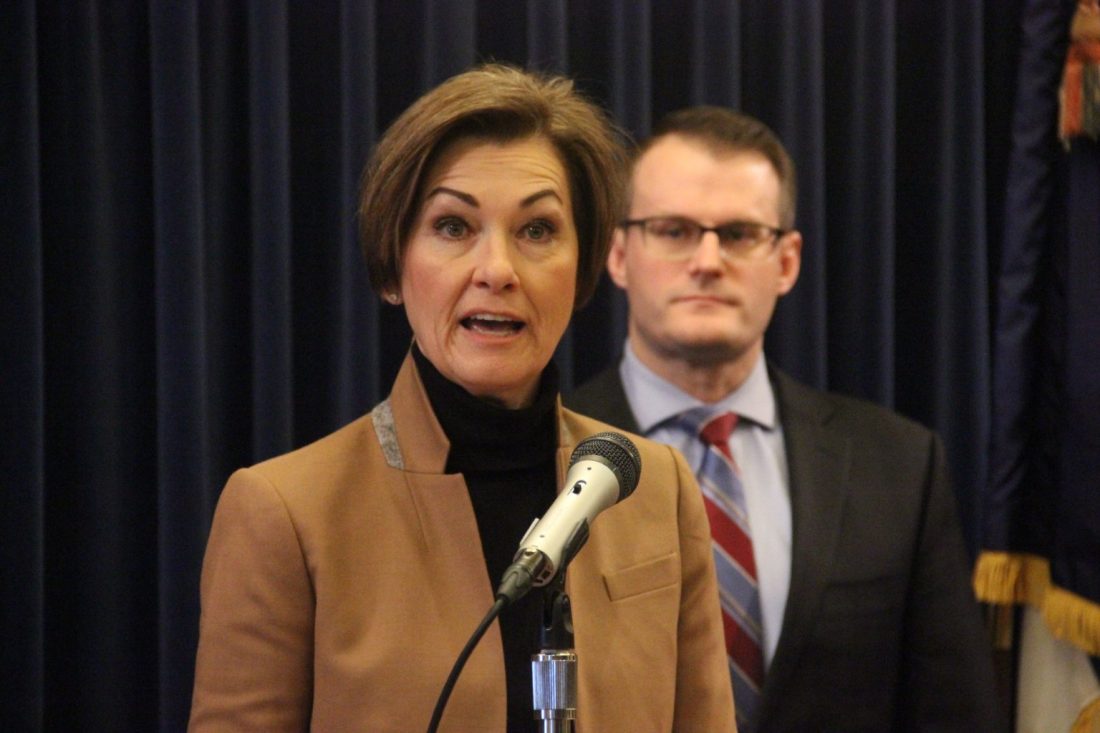 Iowa Gov. Kim Reynolds announced a new initiative Tuesday aimed at identifying and mitigating violence at schools, particularly as districts nationwide grapple with how to stay safe from potential shootings.

Reynolds said during a news conference that she is launching a new bureau within the Iowa Department of Public Safety that will train Iowa school districts and local law enforcement on how to identify and mitigate threats of violence toward students and schools.

The $2 million budget Reynolds proposes creates a core team of officers that can provide training for agencies statewide.

“We can be a resource at the state level to make sure we’re doing everything to prepare our first responders and schools at the local level,” Reynolds said.

The new school safety bureau will focus on three main areas: training school districts and local law enforcement, creating an app where students can anonymously report tips and adding two special agents who will focus on threats made through digital platforms.

As social media and digital communications become more prevalent, the bureau will employ specialists who can help other agencies with more digital-based threats, like identifying people on apps like Snapchat or in video game chat rooms, where users can create anonymous usernames.

The bureau will also operate an app where people can anonymously report a potential threat or safety concern.

In states that already use a similar anonymous app program, like Colorado, threats of physical violence is fifth on the list of concerns that are reported. Number one are reports of self-harm, Iowa Department of Public Safety Commissioner Stephan Bayens said.

Currently, local law enforcement handles most cases of threats or danger at schools, but a statewide system would allow experts to track any trends and provide additional aid. That is particularly needed in rural areas that may not have school resource officers, Bayens said.

By identifying concerning behaviors, Bayens said authorities can make sure “we don’t have someone that blossoms into a school shooter.”

Funding for some operations of the bureau is contingent on the Iowa Legislature passing Reynolds’ proposed budget recommendation for the Public Safety Department that creates 13 full-time equivalent positions. Sustaining the program calls for $1.5 million annually.

Reynolds said she expects legislators to fulfill her funding her proposal.

“I think they’re there,” Reynolds said. “This is the next step we can take in really making sure we’re prepared.”