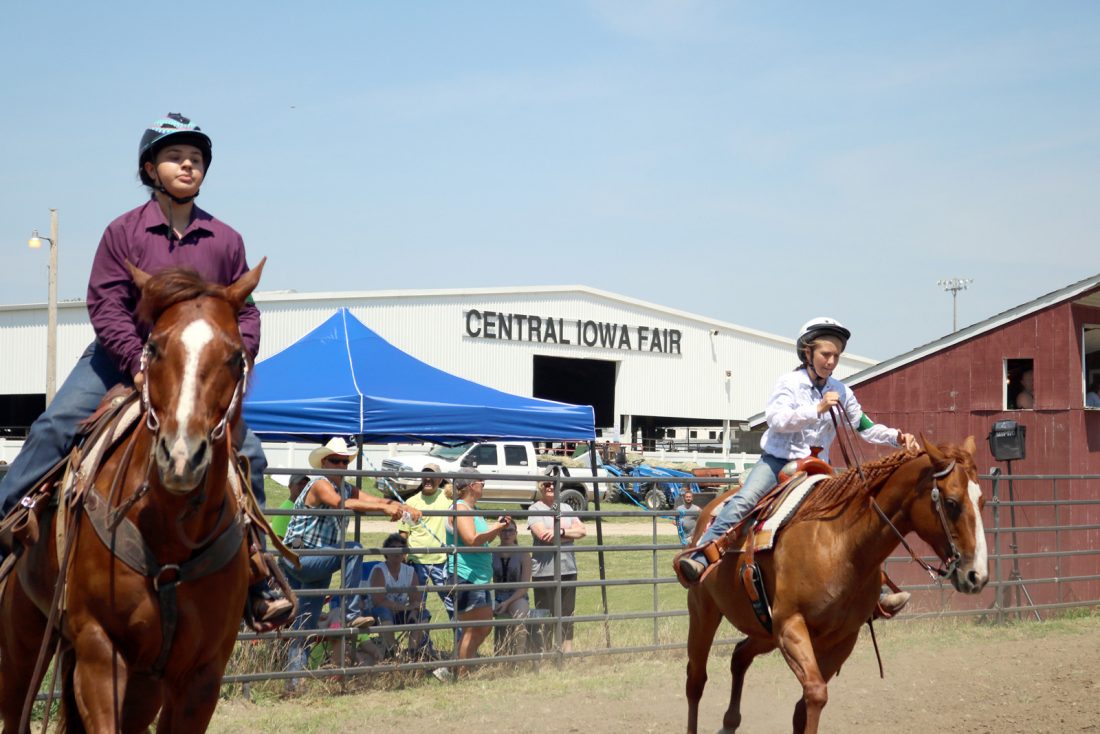 T-R FILE PHOTO The 2020 Central Iowa Fair will not host non-4H and FFA events this year in response to the COVID-19 pandemic. 4H and FFA participants, such as 2018 fair participants Maci Kelber, left, and Carli Pfantz, right, will still get a chance to feature exhibits and show livestock.

The 2020 Central Iowa Fair is canceled, except for 4H and FFA aspects.

The Central Iowa Fair Board of Directors decided Thursday night to cancel all non-4H and FFA events during the annual event, which would have been held July 8-11 at the fairgrounds.

Shannon Espenscheid, the fair manager, said the decision was made to make it easier for 4H and FFA members to showcase their projects and show their livestock.

Other fairs across Iowa have also been canceled, such as the Linn County Fair, in response to the COVID-19 pandemic. Gov. Kim Reynolds lifted some restrictions on entertainment venues such as grandstands and racetracks. However, those venues cannot operate at more than 50 percent capacity.

Espenscheid said the decision to cancel was based on a lot of that information from the governor’s office.

“It had a lot to do with capacity and how to regulate that,” she said. “Were we going to have enough volunteers to monitor people going in and out? There was also the issue of sanitizing everything. We felt this was best for the kids and the youth, keeping everyone safe.”

Espenscheid said the board also considered the number of COVID-19 cases appearing in Marshall County.

“We are still on the rise,” she said. “We need due diligence to keep the community safe.”

Every year, Espenscheid said thousands of people attend the fair and watch the races, the bull riding, the concerts and more.

Some of the events that would have been present at the fair this year included DJ Nate, a mud volleyball tournament, the National Guard rock wall and Richie Lee & the Fabulous 50’s.

“Maybe later in the summer we can do some entertainment,” she said. “It is an option the board will look at during next month’s meeting.”