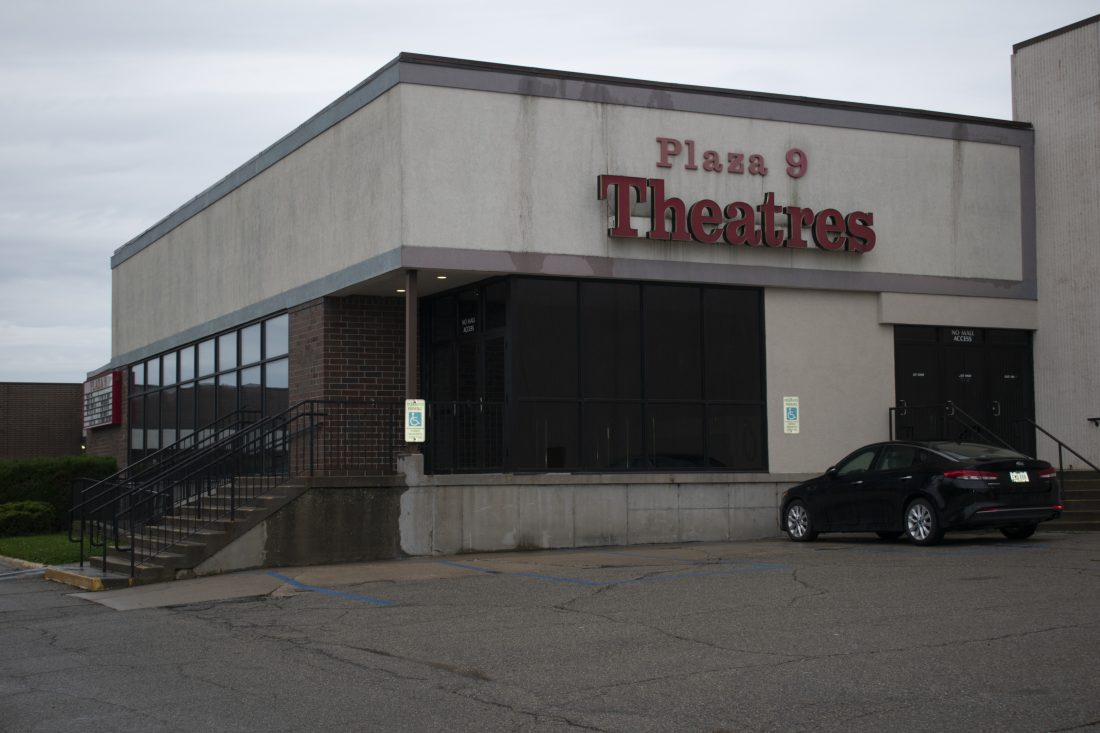 T-R PHOTO BY LANA BRADSTREAM The Plaza 9 Theatres in Marshalltown sits empty, but will be ready for movie-goers to return on Friday.

Let’s start the show — with provisions of course.

Movie theaters across the state were granted permission from Iowa Gov. Kim Reynolds to reopen with regulations, and the state’s only Iowa-based, family-owned theater chain is pulling back the curtain for all 18 of its cinemas this Friday, including its Marshalltown location.

Fridley Theatres gave its customers – and itself – a sneak peak of the restart last week when the cinemas in Carroll and Cherokee opened to the public while operating under its newly drafted “Commitment to our Communities” pledge. The doctrine, which can be found through Fridley’s website and other social mediums, demonstrates the company’s “sincere commitment to the health and safety” of its movie-goers as well as its employees, according to vice president Russell Vannorsdel.

Fridley started with the Carroll and Cherokee venues due to the low number of reported positive COVID-19 cases — nine and 23, respectively, according to the Iowa Department of Public Health’s website –and took information from those initial openings and disseminated it to the administration at its other 16 Iowa theaters.

“Carroll and Cherokee gave us a chance to test our operations and get a better idea of the unknowns,” Vannorsdel said. “Those managers shared their experiences, and I know there’s not a single manager that works for us that doesn’t have multiple levels of emotions right now. They’re excited and anxious. I think we’ve prepared our people very well, but [the pandemic] is so different so of course you’re going to have a little anxiety.

Fridley’s Marshalltown and Grinnell locations, as well as the other 14 cinemas that didn’t open two days after getting Reynolds’ go-ahead, will open for business Friday.

“We’ve been in communication with the governor’s office for the last four weeks and working with either CDC guidance, Iowa Department of Public Health guidance, National Association of Theatre Owners guidance or also the Iowa Restaurant Association and theaters in Texas that have reopened. We used all that information to work on a set of guidelines for our own reopening,” Vannorsdel said.

Fridley will be welcoming far fewer than the 50 percent recommendation of movie-goers into its theaters, he said, to ensure that social distancing guidelines are being maintained and enforced. Ushers will help groups of no more than six patrons find seats that satisfy their wants as well as the 6-foot rule.

Masks will not be mandatory to gain admittance to the theater, but Vannorsdel said they would “strongly encourage” customers to wear masks especially in the common areas where social distancing will be more difficult to achieve. Patrons will also be asked to answer a short screening of questions related to potential symptoms of the coronavirus, and all employees of the theater will be wearing masks and maintaining records of their body temperature.

“We’ll go far beyond the 50 percent just because our goal is safety,” Vannorsdel said. “Some of our theaters might seat 220 people, but we can’t safely social distance and get 110 people in there. We’ve measured stuff out to get an idea of how people would be sitting, and ultimately we came up with what we considered to be maximum numbers. This first weekend we may set a maximum occupancy of 70 for it. Honestly when we were developing the guidelines it was less about selling to the governor and more about keeping our customers safe.”

Karen Albert, the general manager of Marshalltown’s Fridley-owned Plaza 9 Theatres, is hopeful for patrons to submit to the guidelines that will be as new for the customers as they are for her and her staff.

“It’s probably going to be confusing to a lot of people but safety is the most important thing,” she said. “The staff is ready, and our curbside ‘Popcorn To Go’ helped them get used to things like wearing a mask and safety procedures. But Thursday we’re going to do a full run-through of orientation and I told them to forget everything you know. ‘Your job as you know it is not the same anymore.’ We’re starting fresh.”

The curtain drops at 2 p.m. Friday in Marshalltown with the showing of “Trolls World Tour,” and Albert hopes the reopening goes off without any hiccups.

“It’ll be nice to get back to normal, for us and I think the customers really want that as well,” she said. “Hopefully we’ll get people to come back and feel safe enough to do it. We’ll see. I’m hoping it’ll be a great experience for everyone, that they’re comfortable but also compliant with the policies in place. We’re not going to bend – safety is first.”