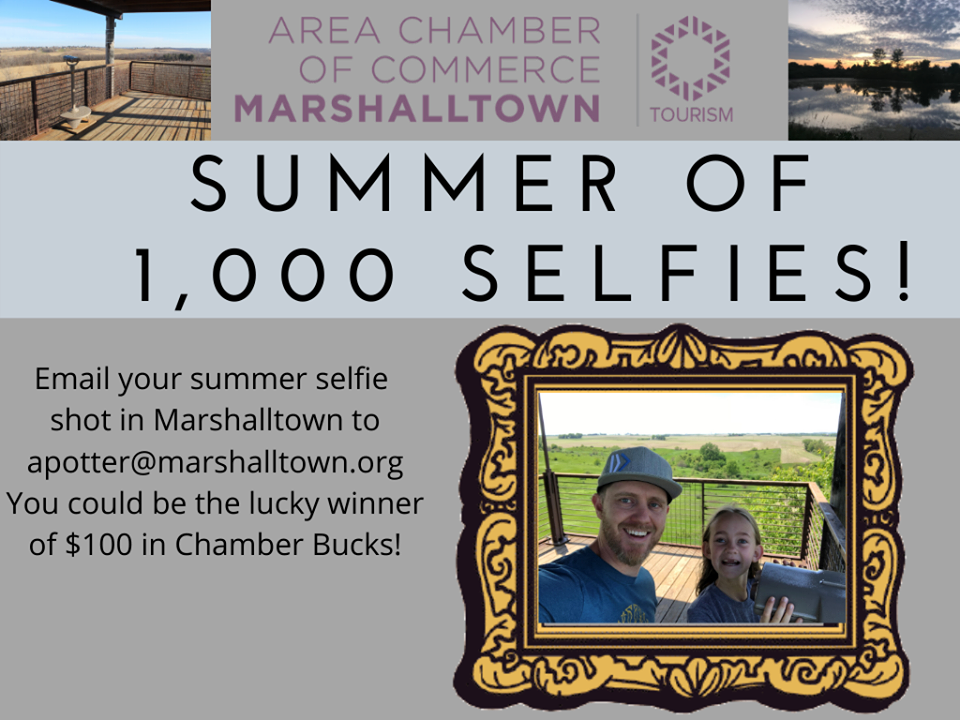 While many summer plans have been put on hold or canceled altogether due to the coronavirus, there is still plenty to do in Marshalltown.

Marshalltown Chamber of Commerce Tourism Director Andrew Potter has come up with a creative way to showcase fun things to do in the community. He encourages people to get involved in the Summer of 1,000 Selfies contest, in which the public can send in pictures of themselves enjoying some of Marshalltown’s unique offerings.

The contest allows people to share what they enjoy doing, which may give others ideas.

He hopes the contest will remind people that despite the many canceled events, Marshalltown still has a lot of fun things to do. 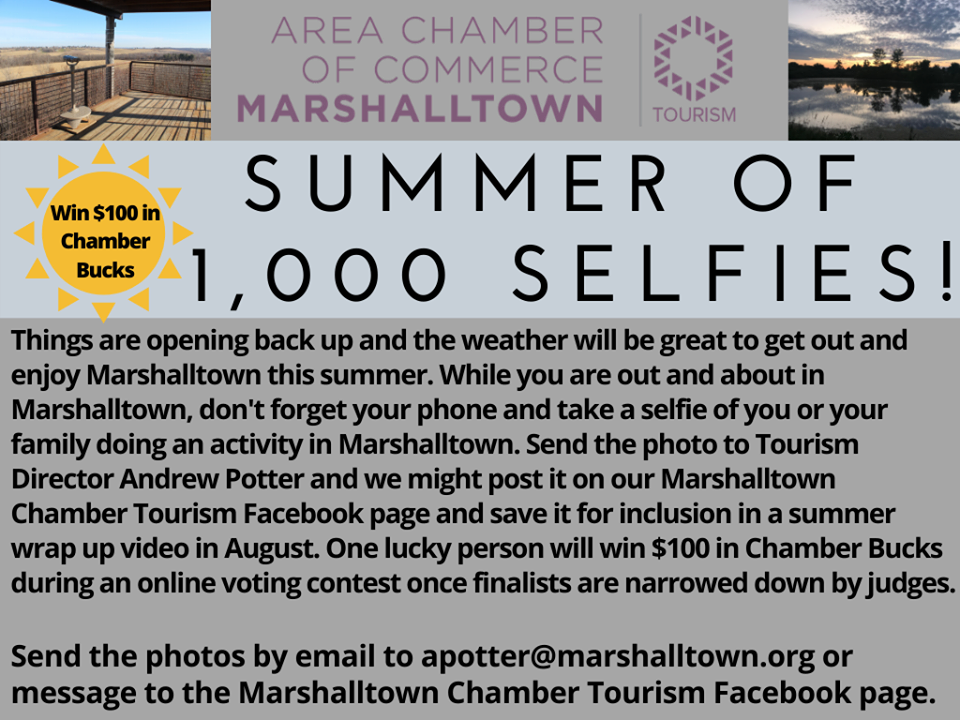 Local businesses in the area deserve support, he said. Going out for a bite to eat or to shop is a great way to spend an afternoon. Parks and trails are also a great option for those who are continuing to social distance. The Marshalltown area has many beautiful outside areas to enjoy.

Potter said the pictures will be narrowed down to finalists, which will then be voted on by the public on Facebook.

He also has some advice on what to include in the pictures.

The most important thing, though, is for people to celebrate the great things about Marshalltown.

“Just have some fun with it,” Potter said.

The person with the winning selfie will win $100 in Chamber Bucks, which can be redeemed at businesses that are Chamber members.

Potter said he has received a few pictures so far. While he hopes to get many people involved, his goal goes beyond numbers.

“Whether I get 1,000 or not, I just wanted to show positive things going on,” Potter said.

To participate in the contest, people can send their photo to Potter at apotter@marshalltown.org. Pictures may be posted on the Marshalltown Chamber Tourism page and will be saved for a summer wrap up video in August. 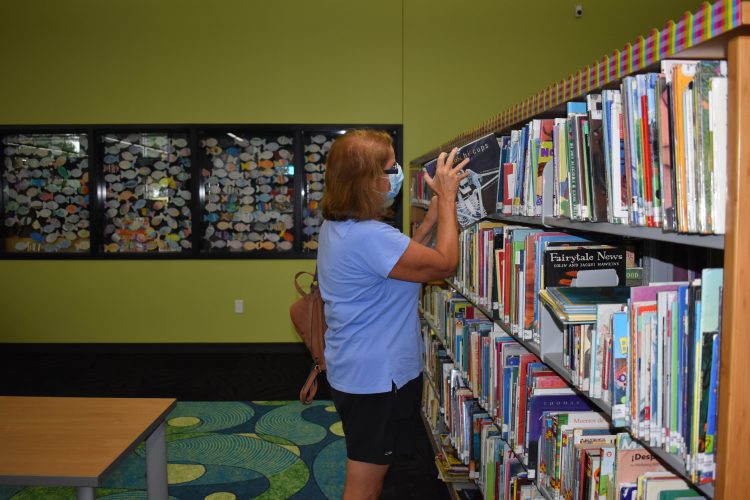 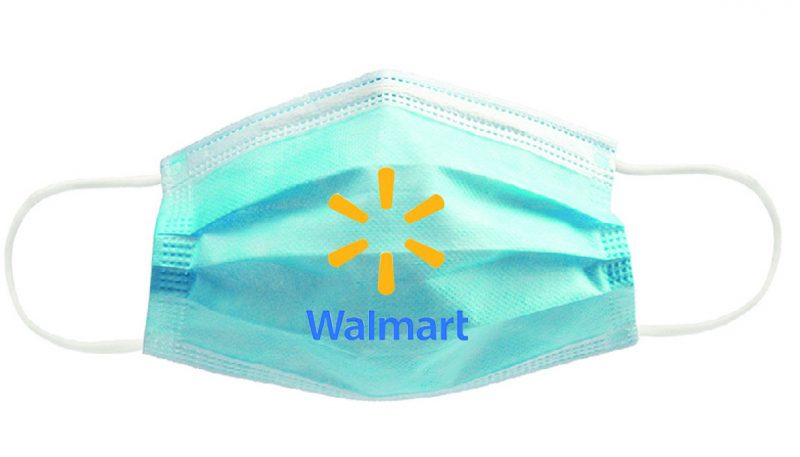 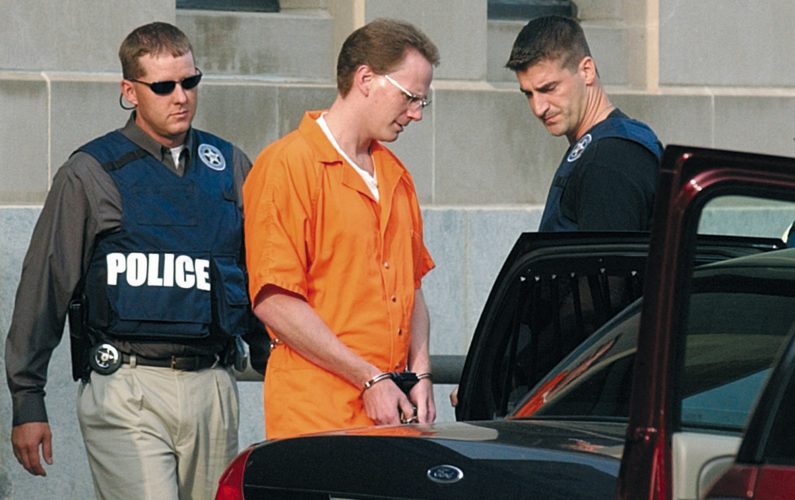 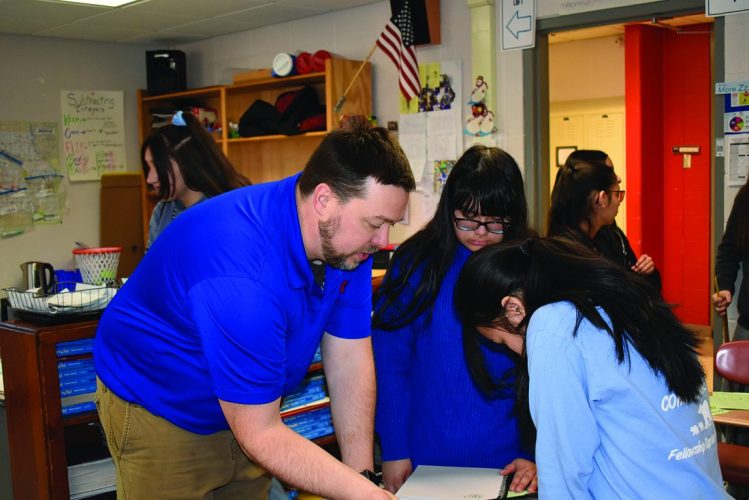 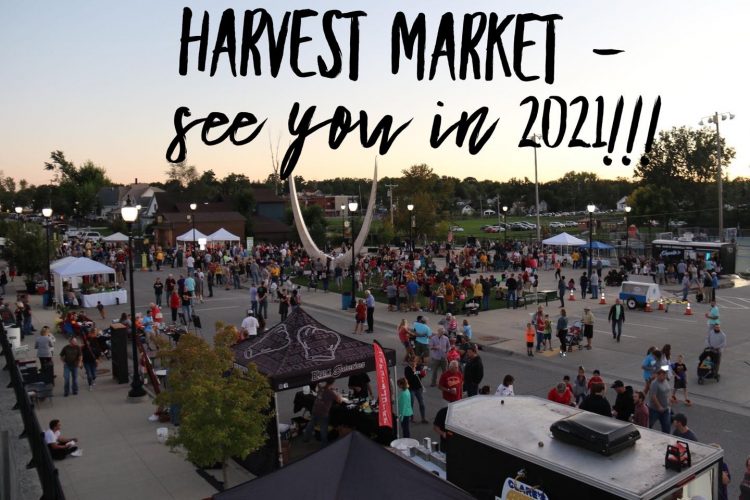