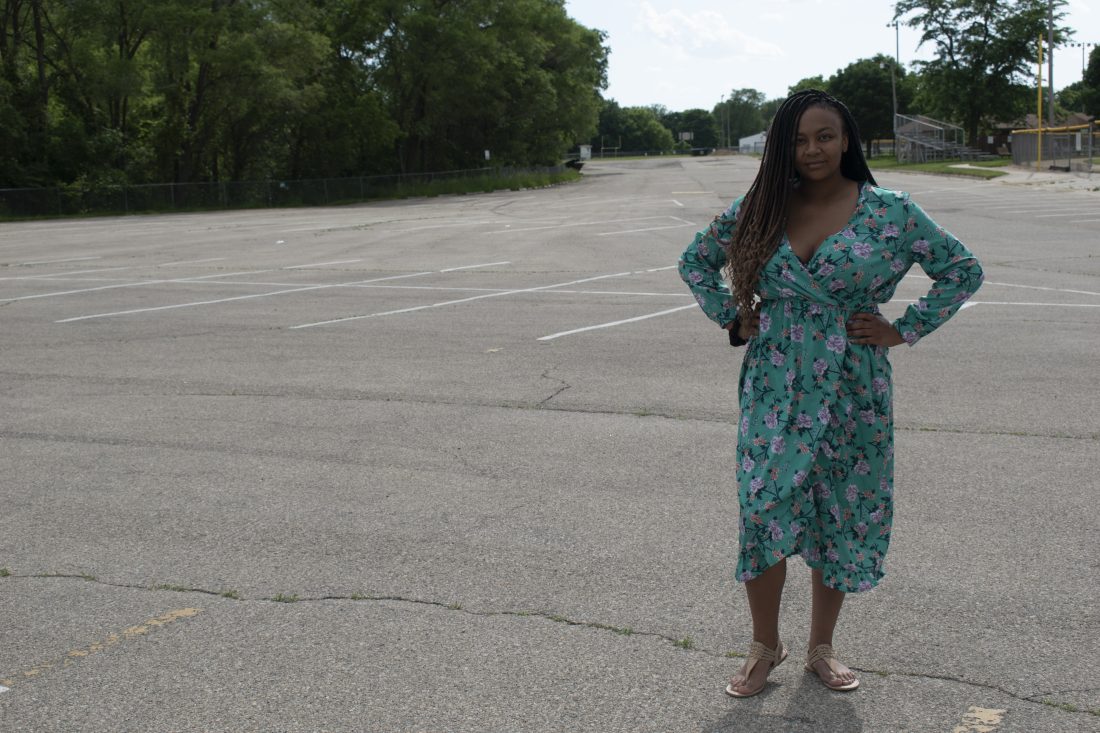 T-R PHOTOS BY LANA BRADSTREAM Aly Wenner has helped organize a gathering called Marshalltown Strong CommUnity to bring light and engage the community in the Black Lives Matter movement. It will take place at the Marshalltown Softball Complex at 1 p.m. on Saturday.

At 1 p.m. at the Marshalltown Softball Complex parking lot on Sixth Street, people will gather to talk to fellow Marshalltown residents about the current climate in America following the death of George Floyd.

Floyd, 46, died in Minneapolis on May 25 after officer Derek Chauvin had his knee pressed against his neck. It was captured on an almost 10-minute video as Floyd begged for his life.

Riots and protests broke out across the country. The Saturday event is neither one of those, according to one organizer, Aly Wenner, 24, of Marshalltown.

“I want people to feel they have been heard,” she said. “I want people to listen to what people have been through and what they are feeling. We can make a change. I think some people think they cannot change people’s minds. Look at how many people have stood up after what happened. I see people support this and I am happy people from Marshalltown are coming. It speaks volumes of Marshalltown as a whole.”

Wenner said Marshalltown tends to get a bad rep, but she is proud of her hometown.

“We do not get enough credit,” she said.

So far, the Facebook page for the event has a list of 93 people who will be in attendance. Wenner said she is estimating around 270 people to show up.

Wenner chose the softball complex because it is a distance away from other facilities. She has a concern about violence, especially with the riots and violent protests that have erupted in places such as Des Moines, Minneapolis and Los Angeles.

“I do not believe violence fixes the problem,” she said. “There are better ways to fix what is going on – by educating people. I have had a lot of conversations with people who do not agree with my point of view. We need to talk to people with different viewpoints. A lot of those people I talked to changed their tunes. That is the power of respectful conversation.”

Wenner said one of the most common responses to Black Lives Matter has been, “All lives matter.”

“They do matter,” she said. “But black lives are in jeopardy. I think when you have a message and you spread it appropriately, people will listen to you.”

People attending the event are encouraged to social distance. Masks are preferred, but not required.

Wenner reached out to Marshalltown Police Department Chief Mike Tupper to talk to him about the planned event. He is planning to attend to support everyone.

“The police department supports everybody year-round but especially during this difficult time,” Tupper said. “The most important thing I can do on Saturday is listen and learn. I am looking forward to the opportunity.”

The chief is not concerned about possible violence or people getting out of control.

“Look at last week. We had no problems,” Tupper said. “We have a good and strong community. We stand with each other during times of crisis. I am confident this will be a positive event.”

The event will end at 2 p.m. after a prayer.