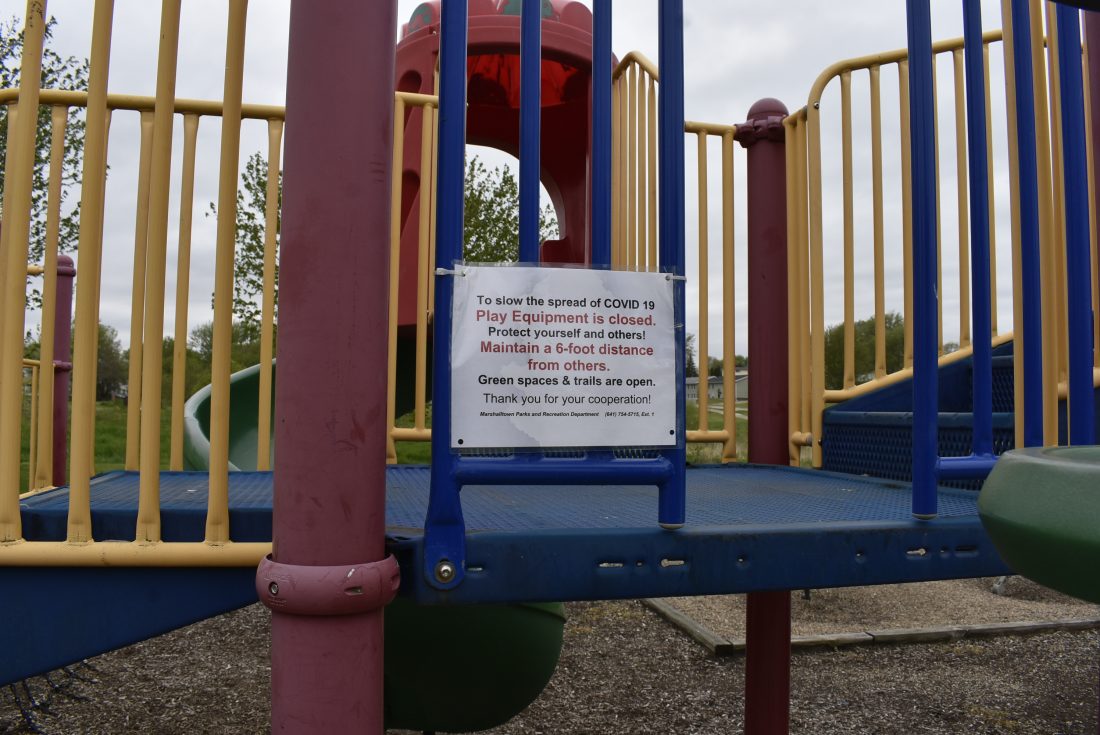 T-R photo by Thomas Nelson Playgrounds in Marshalltown should open later this week or next week after being closed since March from the COVID-19 pandemic.

Children will be able to climb and play on jungle gyms soon, as playgrounds are set to reopen.

Marshalltown’s playgrounds will soon reopen either near the end of this week or next week. The city is planning on issuing a news release soon announcing the official date to reopen playgrounds.

“The main thing we need to do is put appropriate signs to tell people to be careful,” said Mayor Joel Greer. “We don’t have the ability to sanitize the equipment so people should use social spacing.”

Early in April Greer announced the closure of the city’s playgrounds because of the risk of COVID-19 pandemic.

The civil emergency declared for the city of Marshalltown in March gave Greer the power to close down the playgrounds as well as other city owned and operated areas.

City buildings are still closed with no official date announced to when they’ll reopen.

The city started to close down buildings and restaurants began to close after March 17 when Reynolds sent out a proclamation forcing restaurants and other businesses to only offer roadside, deliver or take-out options. Her proclamation was followed by a city emergency proclamation.