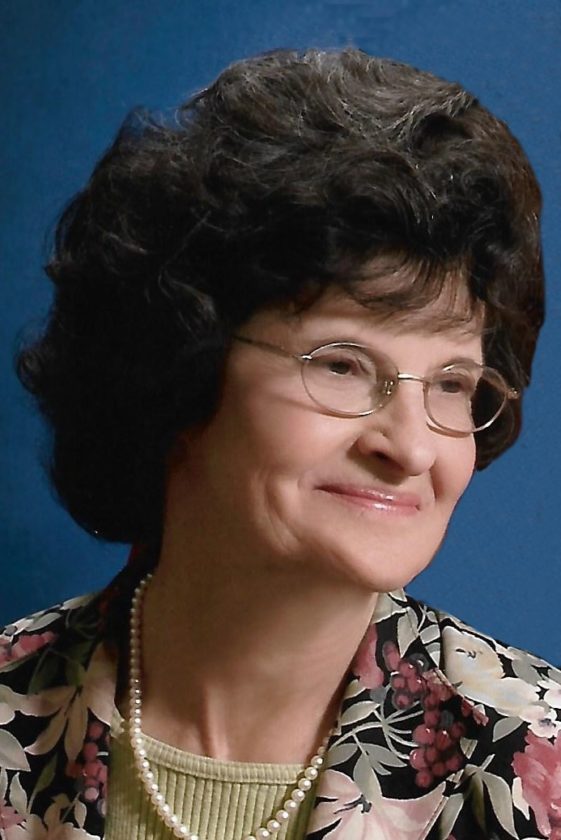 Carol (Larry) Swift, 76, of rural Gilman, left this earthly life on the morning of Thursday, January 26th, after battling Leukemia since August. She passed away in the peace and comfort of her home with her family by her side and in the care of the Iowa River Hospice.

Funeral services will be held at 11:00 a.m. Tuesday, January 31st, at the Laurel United Methodist Church with Pastor Scott Lothe officiating. Visitation will be held from 5:30 to 8:00 p.m. Monday at the Mitchell Family Funeral Home in Marshalltown. A memorial fund is being established. For condolences, please visit www.mitchellfh.com. Ph. 641-844-1234.

Born Carol Ann Brown on February 10th, 1940, at Van Cleve, Iowa, she was the daughter of Morris “Curly” and Mable Fitz Brown. She received the name Carol in honor of her mother’s youngest sister, Carol Fitz Jontz. Carol received her education in the area of her birth and graduated in 1958 from the Laurel High School. Soon after, she started her education at the Iowa State Teacher’s College in Cedar Falls followed by Drake University where she earned her degree.

In 1963, she was united in marriage to the love of her life, Larry Swift. They made their home at Gilman where she taught 3rd Grade. Upon purchasing the greenhouses, she and Larry moved to that location and raised their family of three children and worked in the greenhouse daily. Carol also substitute taught in the LDF and SEMCO School systems all while caring for her aging mother, Mable.

Many things in life made Carol smile, but the biggest smiles were caused by her grandchildren. That legacy of love was first begun in the adoptive role of “Grandma Carol” by Caleb and Nathan Montz and then her own seven grandchildren. She loved all babies and made her home a place for them. Carol served faithfully as financial secretary of the Laurel United Methodist Church following in the steps of her aunt, Carol Jontz.

Left to cherish her life is Larry, her loving husband of 53 years, her children- Scott (Mary) Swift of Laurel; Todd (Kristin) Swift of Bondurant and Shauna (Jeff) Cook of Haverhill, seven precious grandchildren- Ashley, Mathew, Nicholas, Jordan, Seth, Alex and Cameron; and many other family and friends.