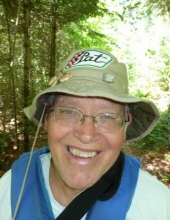 Patrick T. McMahon, 67, of Marshalltown, IA passed away peacefully at home with his family by his side, Saturday, April 15. A celebration of life will be held Saturday, May 6, 2017, at the McMahon farm. The family would like to thank Iowa River Hospice for their care. Arrangements are entrusted to Anderson Funeral Homes, 405 W. Main St., Marshalltown. Memorials can be directed to the family to be designated at a later date. Online condolences may be sent to www.andersonfhs.com

Patrick was born May 6, 1949, to Jack and Maddy (Hersey) McMahon, in Minneapolis, MN. He graduated from Marshalltown High School, in 1967. He served his country in the United States Army. Patrick was united in marriage to Beth Collins on April 18, 1980, in Marshalltown. He was employed with Roberts Dairy, retiring in 2011.

He is preceded in death by his parents, a brother, Mike McMahon; a nephew, Mike McMahon, and a sister in law, Laurie McMahon.