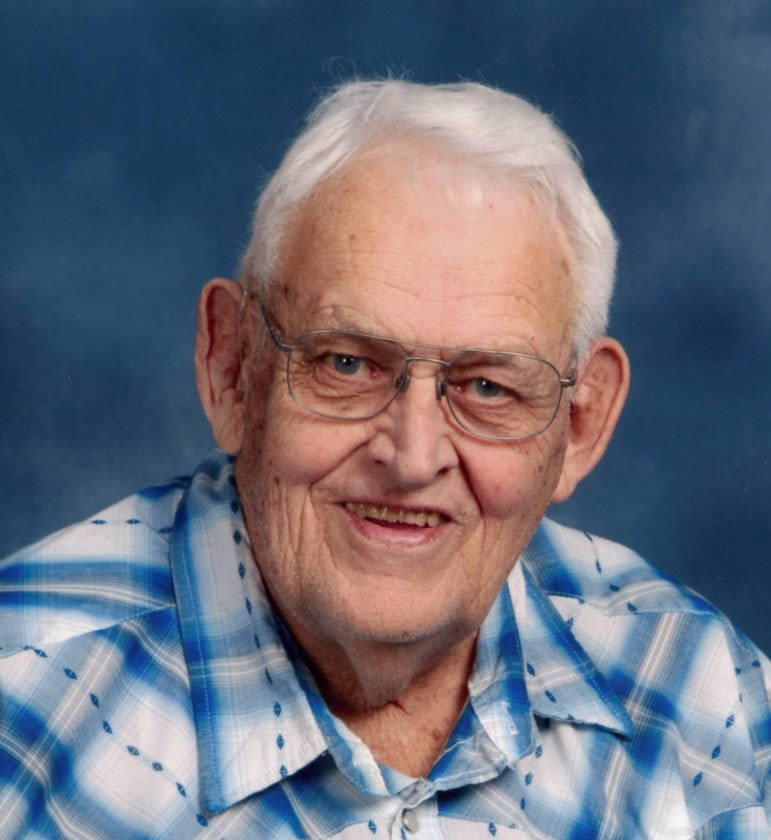 Arlyn Ray Billerbeck, son of Alfred and Norma (Meggers) Billerbeck, was born January 24, 1934, on a farm in Tama County, Iowa. He attended Grant #8 Country School and graduated in 1952 from Reinbeck High School. During the Korean War, Arlyn honorably served in the United States Army. Following his discharge, Arlyn was united in marriage to JoAnn Schreck at the U.C.C. Church in Reinbeck. The couple resided on a farm outside of Reinbeck. Arlyn was a lifelong farmer and also sold farm related products. On 2014, he attended an honor flight to the Veterans Memorial in Washington, D.C. Arlyn was a member of the U.C.C. Church in Reinbeck. His memberships also included the Circle R’s Square Dancing Club in which he was involved for over 32 years, serving twice as State Co-Chairman and attended 30 conventions; 40 & 8 Club, Barn Quilt Committee and was a former Grundy County Fair Superintendent. Arlyn’s hobbies included square dancing, farming, watching football and baseball games. He especially enjoyed attending all of his children and grandchildren’s activities including 4-H.

In addition to his parents, he was also preceded in death by his wife JoAnn; daughter, Colleen and sister-in-law, Gladyce Billerbeck.