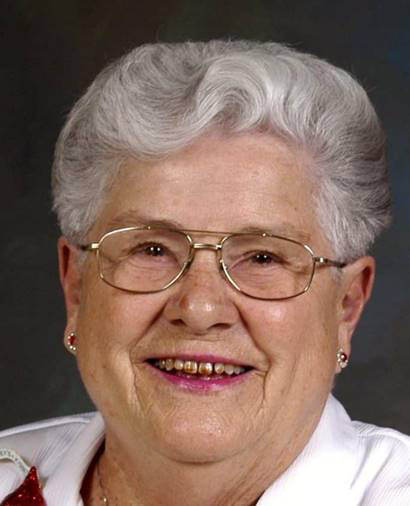 She graduated from Maxwell High School in 1946. She united in marriage to John Edward Blake on 25 November 1946 at the Maxwell Presbyterian Church in Maxwell, Iowa. They lived most of their married life in Marshalltown, Iowa, until retiring to Pharr and then to Texarkana, Texas, before settling in Hot Springs, Arkansas. Following the death of John in 2012, she moved to Cedar Rapids.

After retiring as a switchboard operator/receptionist from Marshalltown Manufacturing, she and John enjoyed traveling around the country in their 5th wheel. While in Pharr, Texas, she and John worked in real estate in their retirement community. She enjoyed working bingo and occasionally playing a few games with her great-grandsons. While residing in Cedar Rapids, Barb was active in several bridge groups. She enjoyed almost every card game imaginable, photography, crafting, fishing and golf.

Barb is survived by her sons and daughters-in-law John (Dianne) Blake and Bob (Janean) Blake; granddaughter Barbara J. (Jake) Burington and their sons Michael and Jayson; and grandsons Bryan Blake, Justin Blake and Joel (Emily) Blake; along with her twin sister Beverly Davis, one niece and one nephew. She is also survived by very special friends Ken and Sherry Johnson, along with friends she made in their many travels.

Barbara was preceded in death by her parents and husband.

Funeral arrangements are being handled by Rasmusson-Ryan Funeral Home in Maxwell, Iowa. Memorials may be made to the Eastern Iowa Honor Flight. A memorial service will be held at a later date.