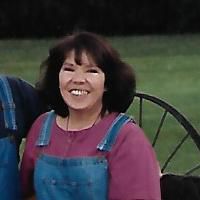 Patricia “Pat” Westphal, 74, of Marshalltown passed away Tuesday, October 1, 2019, at Accura Healthcare of Marshalltown. A Celebration of Life gathering will be held from 12:00 p.m. until 2:00 p.m. on Saturday, October 5, 2019, at the Mitchell Family Funeral Home. Memorials may be directed to her family.

Born on July 6, 1945, in Burlington, Iowa, Pat was the daughter of Harvey and Ona (Vennard) Stucker. In 1963, she graduated from the Sacred Heart High School in Sioux City. She was united in marriage to Lester Benda and from this union they were blessed with three children: Lori, Karen and Martha. They later divorced. She then married Harvey Freeman and they were blessed with a son, David. Several years after they divorced, she married Robert Westphal. They enjoyed 23 years of marriage. Pat was a homemaker and a nurse’s aide at the Iowa Veterans Home. She had also owned Westphal Inn Cafe in Albion for several years. She loved the Kansas City Chiefs, the Iowa Hawkeyes and photography. She always attended her children’s and grandchildren’s sporting events and coached a Marshall County girls softball team.

In eternal life, Pat is reunited with her sister, Harvona Downer; her ex-husband, Robert Westphal; her nephew, Bruce Downer; her beloved grandson, Derek Williams; and her great grandson, Greyson Sielaff.