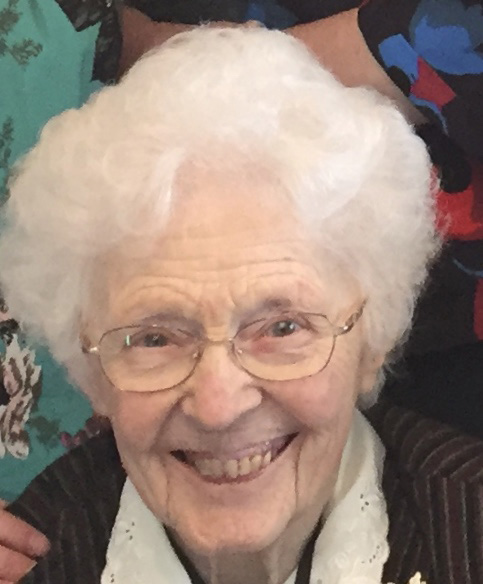 Preceded in death by her husband Russell, her parents Michael and Grace Finger and three brothers: George, Robert and Donald Finger.

Louise was born December 17, 1925, in Steamboat Rock, Iowa. She graduated from SRHS. She was part of the 1943 Girls State Championship Basketball Team. On June 19, 1946, she married Russell Karsjens in Steamboat Rock. Russ and Louise lived in Peoria, Ill, Eldora, Iowa Falls and Marshalltown, Iowa, before retiring to Maple Grove, Minnesota in 2005.

Louise will be remembered for her beautiful smile, her gift of hospitality and her love for Jesus. She lived a life of service with her family, her church, Wycliff Bible Translators and SEND International.

Graveside service will be held at the Steamboat Rock Iowa Cemetery on Saturday, November 16 at 11:00 am with visitation and lunch following at Steamboat Rock Baptist Church.