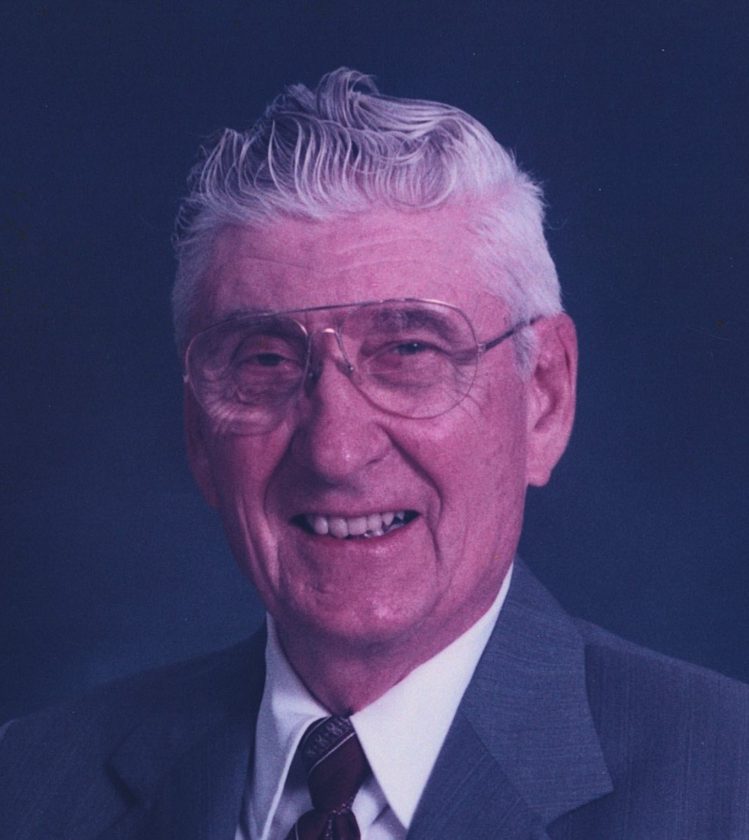 Dale Russell Hanus passed away at the age of 99 years and 26 days, surpassing his father, Edward T. Hanus, who lived to be 99 years and 9 days. He set goals! Attended to by his wife, Velma, and other family and friends, he passed in peace. Born on November 1, 1920, to Edward and Edith Hanus, he was raised in Tama, IA, graduating from there in 1938. He worked the family farm until the hired man could return from military duty, and then joined the US Marine Corp and served from 1942 to 1946 in the Pacific Islands. He returned to Camp Lejeune, NC, in 1946 where he met Jean Winders. They married in 1947 and had four children. They divorced in 1975. When the time was right, Dale married Velma Dunham in 1994, who was by his side to the end. Dale worked for 32.6 years with Iowa Electric Light and Power, until he retired as the supervisor of metering and substations in 1984. He was a member of the IBEW, Elks Lodge and American Legion. He and Velma loved to fly as private pilots, flying over Central Iowa taking photographs of storm damage and “buzzing” family at the farm. They also loved hosting friends, children, grandkids and great grandkids at their lake house on Table Rock Lake for years, where he taught them to fish, water ski and drive a boat and golf cart. Dale was thrilled to be chosen to participate in the Honor Flight for veterans in 2009 when he was flown to Washington DC to visit the War Memorials. He said it was the best trip of his life.

Dale always was quick to smile and offer a helping hand. He offered his best, which he humbly said was “barely adequate.”