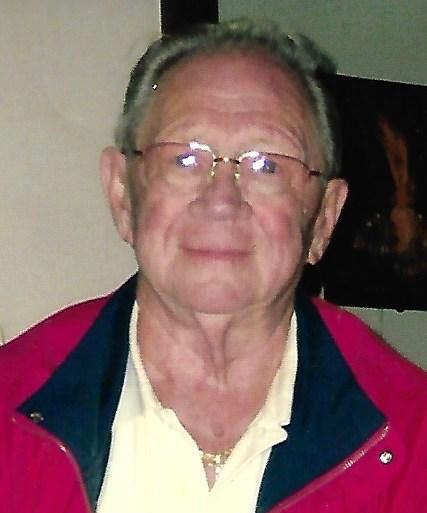 On November 23, 2019, Eldon (Butch) Loffgren passed from this life at Iowa River Hospice.

Born on June 22, 1933, in Collins, Iowa, to Carl Loffgren and Erma Loffgren Keeler. His siblings included Ralph Loffgren and Sandra Uhde. Butch was educated in the Albion School District. His residences included Albion and Holiday Lake. In later years, he lived in Mesa, Arizona in the winter and Marshalltown during the summer. In 1953, he married Marlys Kudella. Together they had four children Shelly Rank, Cindy Numann, Jaye Loffgren (Dennis), and Scott Loffgren. Later in life he became reacquainted with Romaine Wilkening and they were joined in marriage on December 29, 1986. Their combined families resulted in her five children, Rowena Noring (Vaughn), Renita Dudek, Robert Wilkening, Ranette Wilkening, and his four children. With the combined family he was blessed to have eight grandchildren; 13 great grandchildren; and numerous nieces and nephews.

He was employed at Fisher Controls for 35 years and retired at a young age of 55. He loved to golf, fish, and walk his beloved dogs King and Molly.

Butch is preceded in death by his wife Romaine (Red); her daughter Ronna Jean Wilkening; brother Ralph Loffgren; his parents and his loyal companions, King and Molly.

Memorial services will be held at Mitchell Family Funeral Home at 6:00 p.m. on Thursday, December 5, 2019, with a visitation beginning at 5:00 p.m. Interment will be at a later date at Riverside Cemetery.

Butch’s obituary was lovingly written by his family.