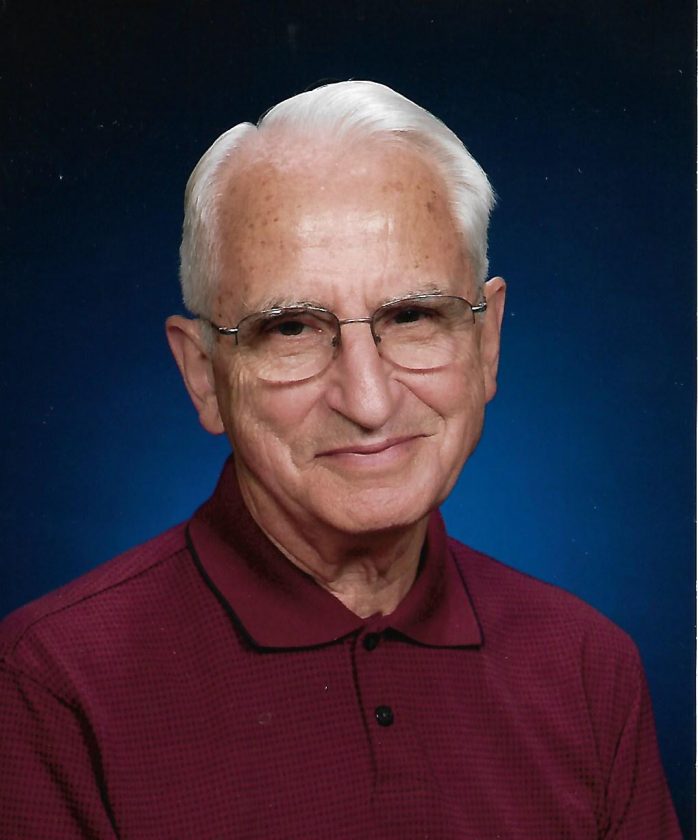 Funeral Services for Buck will be Thursday, February 13, 2020, at Journey Church (formerly First Baptist Church) with pastor Jacob Rahrig officiating. Visitation for family and friends will be held from 9:00 to 11:00 am with the service beginning at 11:00 a.m. Interment will be held at Riverside Cemetery in Marshalltown, Iowa, with Military Honors held at the graveside. In lieu of flowers, memorials in Buck’s name may be directed to Fellowship of Christian Athletes or a charity of the donor’s choice. Arrangements for Buck have been entrusted to Mitchell Family Funeral Home. For additional information please visit www.mitchellfh.com or phone 641-844-1234.

George E. Hepler was born in Cedar Rapids, Iowa, the only son of Alma Dean Burriss and George Harned Hepler on August 13, 1927. On June 22, 1930, his father Harned died of TB at the age of 32 years six months. George “Buck” and his mother moved to Colorado Springs, CO and purchased a grocery store following the death of his father.

He enlisted in the United States Navy and on July 2, 1945, he was assigned to serve in the Asiatic Pacific on the aircraft carrier USS Boxer (CV 21) which was a Flag ship in the 7thfleet and he was stationed in the control tower. This ship was the first carrier to land Jet aircrafts. Buck was honorably discharged in August of 1946.

George “Buck” met his future wife in Kansas City, MO and on September 12, 1954, he was united in marriage to Mary Louise Novinger in Stahl, MO. They had one son Karl David Hepler born February 20, 1961. In the summer of 1959, Buck and Louise moved to Marshalltown, Iowa, where he opened Marshalltown Auto Supply (NAPA store). Four more stores were added in surrounding communities.

He will be remembered as one who never met a stranger. He would say of himself that “he was incredibly blessed.” He was a successful business man, avid volunteer and taught Sunday school at the Toledo Boys Home, he had mentored high school students for over 20 years. He would serve as night monitor at the House of Compassion for 18 years, was an active member of Journey Church helping with the youth ministry. Later in life he would serve and had the honor to be a member of the Police Auxiliary Academy. He held many interests among some of which were boating and skiing at Lake of the Ozarks in Missouri and in Minnesota, woodworking, bicycling and achieving 135,000 miles in 15 years, and caring for his horse Chickaray. He held memberships with NAPA as a member of their advertising council, a seat on the board of directors for Fellowship of Christian Athletes, Marshalltown High School student advisory council and Chrm Trustee board of First Baptist Church notably when the new church was built in 1974.