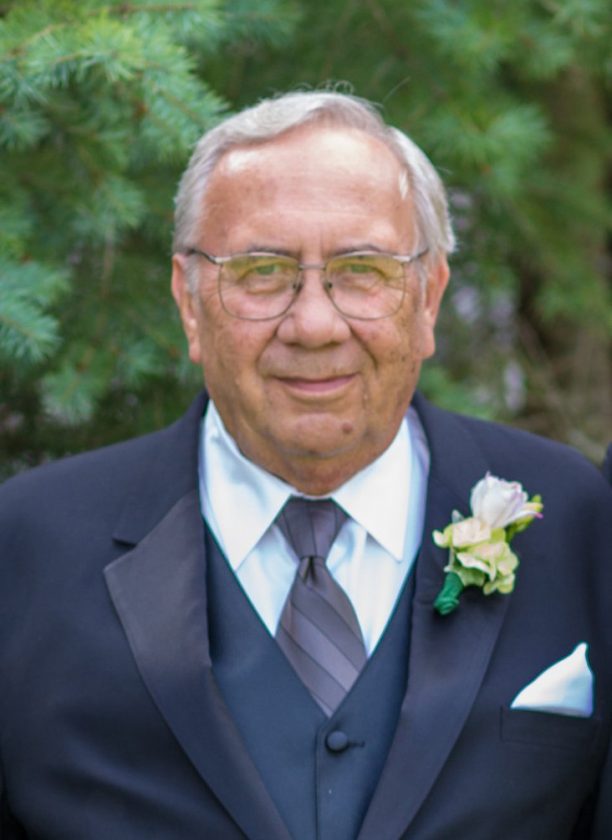 When Jim was a year old, his parents, Gilbert and Ruth Wernberg, and sister Joyce, moved to New London, Wisconsin. Jim loved New London and told many stories about his adventures fishing on the Wolf River. His fondest memories were playing basketball for New London High School where he excelled and was named “Most Valuable Player.”

After graduation, he enlisted in the United States Marines and served his country. He moved to Rockford, Illinois, after the military where he met Donna Ingraham on a blind date. They enjoyed fifty-two years of marriage and raising their two children in a Christian home.

Jim was employed by Earhardt and Leimer for close to thirty years as a field technician and traveled the country. Jim enjoyed traveling and fishing trips with his friends and family, celebrating his Swedish heritage and attending sporting events. He was a member of First Evangelical Free Church, Joint Heirs Sunday School Class and Male Chorus. Most of all, he enjoyed spending time attending his family’s events and adored his grandsons.

His memory will be cherished by his wife Donna; daughter Jennifer (Allen) Baker; son Matthew (Michelle) Wernberg and his grandsons Lucas and Logan Baker, and Jordan and Josiah Wernberg. He leaves behind his sister, Joyce (Paul) Evans; a niece, two nephews and many beloved members of the Ingraham family. Later in life, he was excited to discover who his biological mother and father were as well as his biological brothers and sisters with whom he developed a special relationship with his brothers Dale Madsen and Jack Miller. A special thanks to Juanita, Mary and the staff at the Iowa Veterans Home who took excellent care of him during his battle with Non-Hodgkin’s Lymphoma. A memorial service will be held at First Evangelical Free Church in Rockford, Illinois, at a later date.

Donations may be sent to the Iowa Veterans Home at 1301 Summit St., Marshalltown, Iowa, 50158 and will be used for visitor housing. Please indicate the donation is in memory of Jim Wernberg.