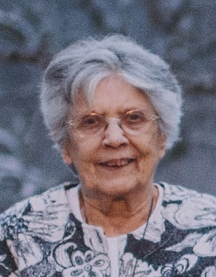 Sherrill Foote, 79, of Marshalltown, Iowa, passed away at MercyOne in Des Moines on the morning of March 18, 2020, with her family at her side.

Sherrill Lynne Ellis was born April 19, 1940, to Howard and Lois (Cooper) Ellis at the Deaconess Hospital in Marshalltown, Iowa, the second child after her brother Jim. Sherrill attended school in State Center and graduated from State Center High School as the valedictorian for the class of 1958.

Sherrill moved to Marshalltown and started a career at Fisher Controls. She raised two children, Patrick and Holly, that she was very proud of. Holly had three children and Sherrill was an integral part of raising them. Sherrill retired in 1995 as a Senior Cost Estimator from Fisher Controls (Emerson, by then) to spend more time with her grandchildren.

Sherrill cherished her time helping to raise her grandchildren as the best time of her life. She loved taking them on vacations; taking them to shows at the Marshalltown Community Theatre and sharing her hobbies with them, like metal-detecting and cribbage tournaments. She was a selfless matriarch that always kept her family close to each other.

A lifelong learner, Sherrill attended many college courses as an adult, was an absolute trivia and puzzle game nerd, and a 40-year member and former Local Secretary of Central Iowa Mensa where she met many of her best friends over the years. She used her sharp wit and intelligence to contribute to and get published in wordplay and limerick competitions for many publications.

She was preceded in death by her parents, Howard and Lois Ellis and her brother, James Ellis.

The family has elected for a private service at this time. A public celebration of life event will be held at a later date under the direction of her family. In lieu of flowers,

Sherrill tells those she leaves behind to vote Democrat in November as she regrets not being around to do so herself. Sherrill’s family strongly encourages you to share your stories with them. For additional information or to share a condolence with the family please visit www.mitchellfh.com or phone 641-844-1234.

And so that Sherrill’s work may be published one last time:

A sibilant sailor, some say,

Washed ashore from the seas Saturday,

The succession of esses

Had sunk his swamped ship with the spray.