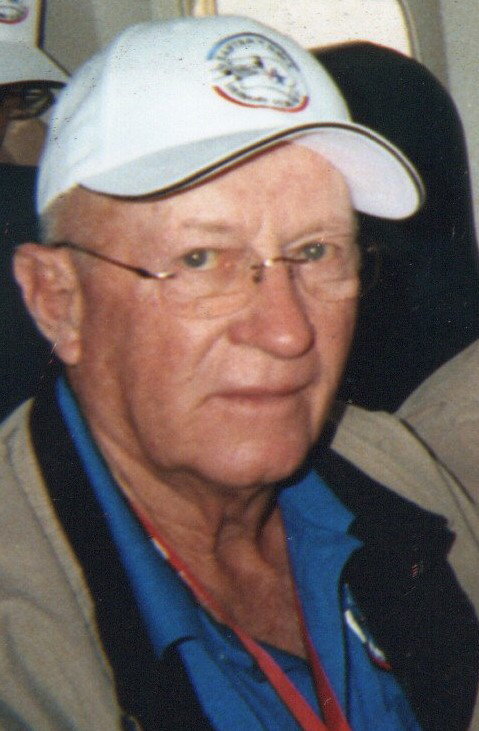 Robert “Bob” Carl Bonzer, 81, of Liscomb, passed away peacefully on Wednesday, May 20, 2020, at the Iowa River Hospice House in Marshalltown. Services for Bob will be held Tuesday, May 26th at 10:00 AM at Mitchell Family Funeral Home, followed by burial at Liscomb Cemetery. Attendees are encouraged to wear a mask and practice social distancing. A memorial fund is being established by the family. For further information or to leave a condolence, please visit www.mitchellfh.com or call 641-844-1234.

Bob was born on June 14, 1938, in Marshalltown the son of Carl and Orva (Powell) Bonzer. Bob graduated from Liscomb High School in 1956. In his graduating class there were 10 girls and 5 boys. Bob was one of two in his class to be diagnosed with ALS. He was a member of 4-H, played baseball, basketball and table tennis. During his senior year, he was the table tennis champion.

In 1961, Bob was drafted to the United States Army serving two years in Fort Collins, Colorado and in Germany. In 1963, he continued to serve in the United States Army Reserves until 1965. On March 26, 1971, Bob married Marlene Sorensen at Memorial Lutheran Church in Nevada. Together they lived in rural Liscomb, where they raised two daughters. Bob was employed at Milk Specialties in Marshalltown for several years and farmed his whole life.

Bob was a racing legend. He raced stock cars in Boone, Des Moines, Knoxville, Marshalltown, Mason City, Oskaloosa, Stuart and Webster City. In 1968, Bob was the “National Super Stock Champion” at the Boone Speedway. In 1972, he set a one-lap stock car record in Knoxville, driving around the track in 0:24.24 seconds. During his racing career, he drove for Hap Antill of Hap’s Auto Body from 1969-1984 and Chuck Osterich. Bob also raced Go Karts and snowmobiles.

Bob loved to golf and was a member of the South Hardin Recreation Center in Union. He golfed with the Traveling Senior League on Mondays, the Afternoon League on Wednesdays and every day in between. During the winter months, he enjoyed playing cards at the Albion Fire Station. In his earlier years, he was on a bowling league at the Totem Bowl in Marshalltown and enjoyed fishing trips to Canada.

Bob loved to drive. From 1999-2019, Bob delivered pharmaceuticals for the Conrad Pharmacy, later known as NuCara and OmniCare. Bob loved Jesus. He was a member of the Albion United Methodist Church. When the Albion United Methodist Church deconsecrated, he started actively attending the Liscomb Church of Christ. In addition, he was a member of the American Legion, Liscomb Odd Fellows, Liscomb Township Trustees and Marshall County Trustees.

Bob loved the Kansas City Chiefs, Chicago Cubs and any team his grandkids played on. Grandpa was always in the stands and was their biggest fan. Bob had two favorite baseball players; his good friend Jerry McNertney who played for the White Sox and New York Yankees and his great nephew Gehrig Christiansen who will be playing for Iowa. Bob was loved by everyone who knew him: his family, relatives, friends and neighbors. We hope you had the time of your life.

Bob is survived by his wife Marlene, of Liscomb; daughters: Tanya (Jamie) Barth, of Robins; Toni (Nathan) Bernard, of Union; his siblings: Ann (Everett) Harms, of Alden; Bill (Judy) Bonzer, of Marshalltown; grandchildren Sydney and Ryan Barth; Everett and Ian Bernard and many nieces and nephews.