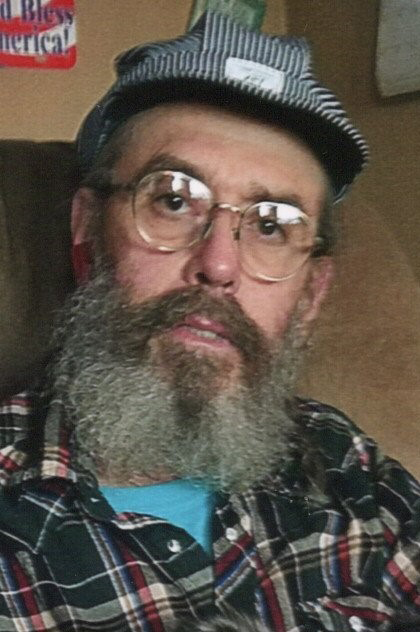 William “Bill” Channell, 65, of Marshalltown passed away on July 12th, 2020 at Unitypoint Health in Marshalltown.

Public visitation for Bill will take place Wednesday, July 29th from 5:00-7:00 p.m., with a time of sharing at 6:30 p.m. at Mitchell Family Funeral Home. Memorials may be directed to the family for later designation. For additional questions or to leave a condolence, please visit www.mitchellfh.com or call 641-844-1234.

Bill Channell, born as William Raymond Channell, was born March 28th, 1955, to Raymond and Katherine Channell. He had three older sisters, Dorothy Jean, Mary Kay and Nancy Rae. Bill was raised in Liscomb, Iowa and was educated in the Liscomb, Beaman and Conrad schools and the Liscomb Church of Christ.

He worked for many professionals learning the trades of carpentry, plumbing, electrical and gas, automotive, etc. and his favorite of all, small gas engine, in which his talent began in the Liscomb city dump.

He loved to collect and share antiques. He became a professional handyman owning his own business, vehicles and his own tools, doing everything that a person needed done. He also attributes a lot of his education to the Liscomb city dump, where he spent some of the best days of his younger years.

He regretted very much going to high school at all; all it did was slow down his education for his lifetime occupation.

His first marriage was to Gina Marie Marcellus. She had a son and a daughter Travis Peterson and Danielle Robinson. The two of them had his only biological son, William Lee Channell, better known as he was raised as Willie. This marriage failed and Bill took on the occupation of raising his child from the age of a year-and-a-half until his 11th grade in school. A number of years after the divorce, he married Helen Morehead. She had two sons Joseph and Derrick Crouch and together they had no children. After spending most of 17 years raising Willie, Joey and Derrick, that ended in his second divorce at that time.

The big end of the next 15 years, Bill spent helping others working until bone cancer made him unable to work. Because cancer had given him osteoporosis, he turned his office on his property into a home church, which many helped by donating to get this started. He also established Sanctuary 4 Shetland Sheepdogs and spent a lot of his time, energy and money on many rescue through the years.

He loved field rocks and had a talent for yard art. Bill enjoyed his small yard very much.

He is preceded in death by his parents.