No one is listening to the American people 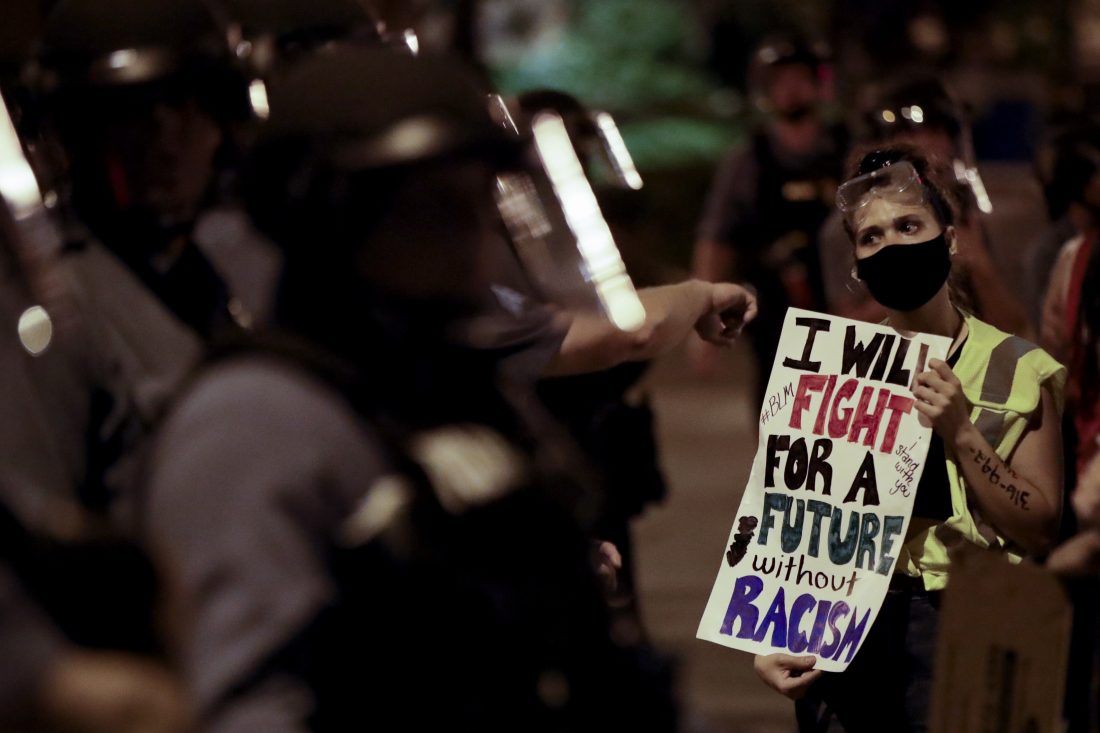 Iam watching the various classes of America’s “elites” drive this country deeper into conflict for the sake of their own personal aggrandizement and profit, and it is disgusting.

If you’re on Twitter, Facebook or anywhere else, you can read, watch or hear Americans speak for themselves, and there are many common threads:

1. The overwhelming majority of Americans of all backgrounds think George Floyd’s death was a despicable crime, and that the police officer who did it should be tried for murder, convicted and sentenced to prison. They feel outrage and sorrow and infuriating helplessness about Floyd, and Ahmaud Arbery and Breonna Taylor and Philando Castile. But no one is listening.

2. Black Americans are saying that it isn’t just the deaths; it’s the profiling, the persecution from law enforcement, the fear, the injustice, the poverty. They’ve been saying it for years, but it doesn’t stop. No one is listening.

3. Most Americans understand that law enforcement is dangerous work. Americans can simultaneously hold that view and demand reforms that sanction and prevent abuse by cops. No one is listening.

4. Most Americans oppose violence and looting, even in response to egregious events like the killing of George Floyd. They understand that punishing innocent people only creates resentment and encourages retaliation. Destroying minority-owned businesses only makes the economic situation worse for the very people who need help most. No one is listening.

5. Most white Americans understand that black citizens have faced challenges, cruelty, outright hatred and violence that whites may never encounter in their lives. They want to do their part to make things better. What they don’t want is to be smeared with labels and epithets, and told they are somehow “responsible” for slavery, murder or oppression that they themselves did not participate in and that they personally abhor. No one is listening.

Wise and courageous political leaders would ease tensions by looking for instances of universal goodwill and bringing those to everyone’s attention; collaborating with members of other parties to find meaningful and effective solutions; and upholding civil rights while protecting innocent bystanders and the rule of law.

Instead, our politicians make inflammatory accusations because they think it’s going to win elections. Elected officials arrest surfers, skateboarders, barbers and moms at public parks but turn a blind eye while property is burned, looted and destroyed.

That isn’t common cause; it’s cowardice.

We have academics and other “thought leaders” pitching extreme and absurd sociological theories that demonize wide swaths of Americans because it gets media attention, sells books and provides lucrative speaking tours.

We have opportunistic CEOs only too happy to mollify the mobs by spreading smears, firing employees, silencing speech, banning books and toys, or blacklisting films.

The very existence of Donald Trump as president of the United States is a direct consequence of millions of Americans having not been listened to — for years.

It’s true. They’re not. But here’s what the “elites” don’t know — or don’t want us to know: We can get ourselves out of this mess if we stop listening to them. It’s time we stop believing what they tell us about ourselves and start talking to one another. We’ll not only get something done; we’ll make them irrelevant.