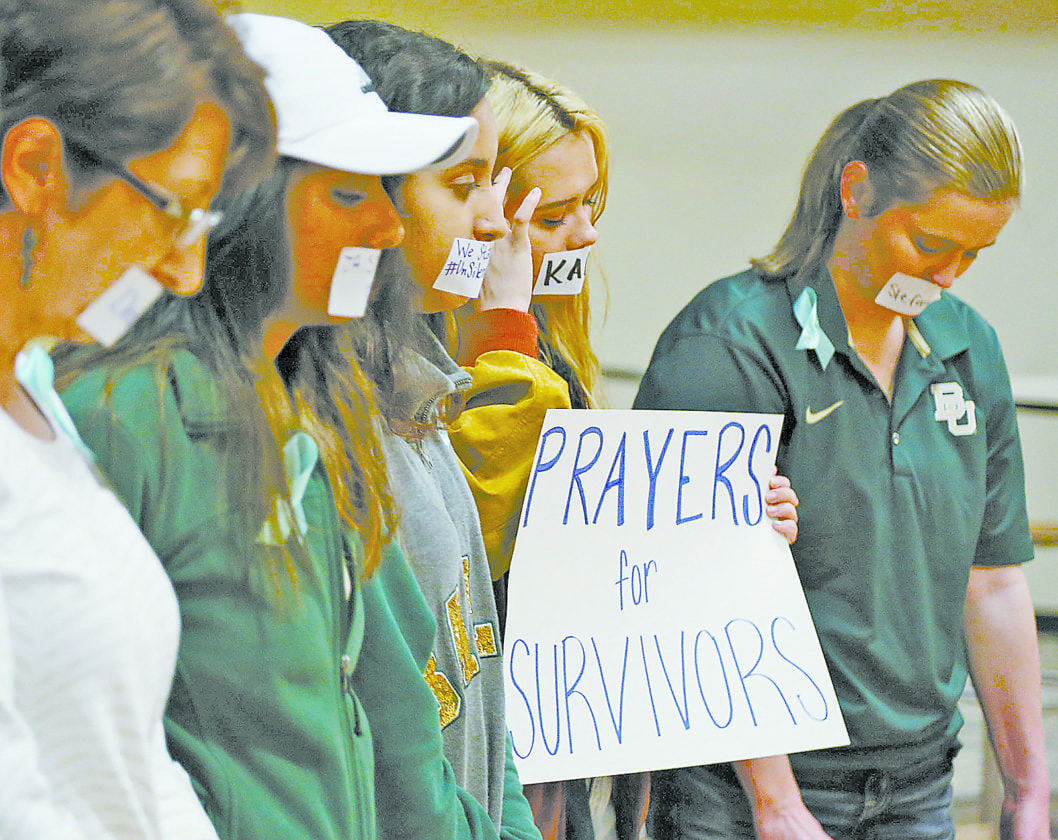 FILE - In this June 3, 2016 file photo, current and former Baylor students hold a rally warning of sexual assaults on and off campus in Waco, Texas. A former athletic director at Baylor University, Ian McCaw, has claimed regents schemed to make black football players scapegoats for a decades-long problem of sexual assault at the school. Excerpts taken from McCaw's June 19 deposition appear in documents filed Wednesday in a federal lawsuit pending against Baylor. Ten women are suing the school over how it handled their allegations of sexual assault. (Rod Aydelotte/Waco Tribune Herald via AP, File)

College and university officials throughout the country ought to be asking themselves whether sexual abuse scandals such as those at Ohio State, Penn State and Michigan State universities could occur at their institutions. Those answering in the negative may want to search their souls about why they are so certain.

Dr. Larry Nasser, who for years worked with both Olympic and MSU athletes, has begun serving a 175-year term in prison. Revelations that he abused hundreds of athletes shook the sports and higher education worlds. Some MSU officials have lost their jobs. Others face prosecution. The university itself has agreed to a $500 million settlement with some of his victims.

That was not the first sex scandal linked to college sports. Also in prison is Jerry Sandusky, the former Penn State football assistant coach who used his position to abuse boys sexually.

Now, the lid is in the process of blowing off in regard to the OSU scandal. Its alleged perpetrator, Dr. Richard Strauss, is beyond human justice. He died in 2005.

But while an employee of OSU from the mid-1970s to the late 1990s, Strauss may have abused scores of people sexually. A team of investigators has conducted more than 130 interviews in the case. Former student-athletes from more than 10 OSU teams have come forward with allegations against Strauss. It appears he also abused non-athletes while working at the student health center.

People like Strauss, Nasser and Sandusky are disgusting, of course. But it is inconceivable that some officials at their universities did not have reason to suspect they were involved in wrongdoing. At Penn State and MSU, it is known some officials turned blind eyes to Sandusky and Nasser.

Why? One common thread is that some victims were told they should not pursue complaints because doing so would be detrimental to their sports programs’ reputations.

Is that happening now at other colleges and universities? Are reputations of more concern than young people being sexually abused, possibly by the hundreds?

Obviously not, most people would say.

But the unacceptable fact is that we know that sentiment is not shared by all.