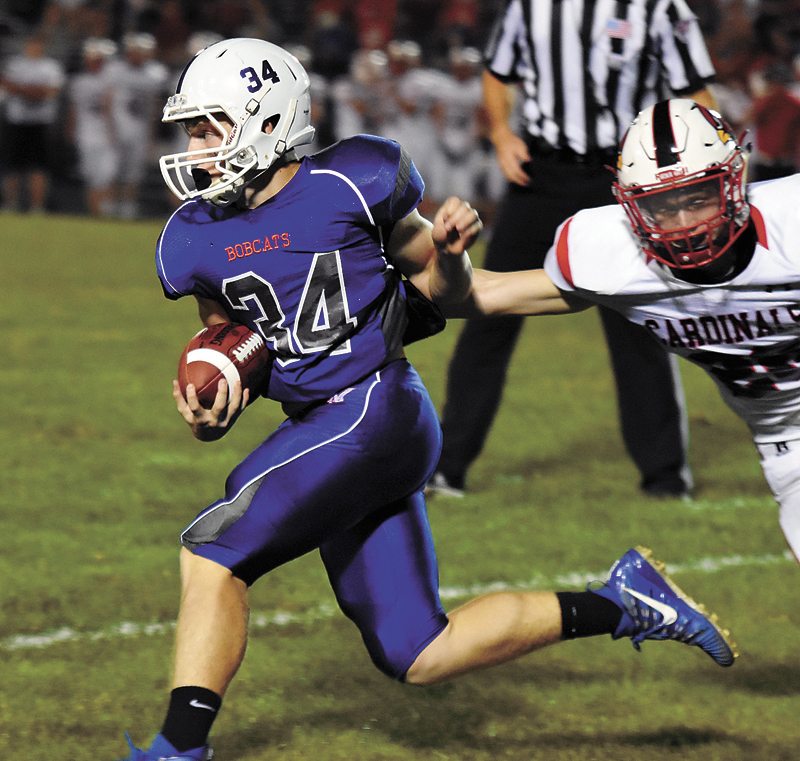 T-R PHOTO BY THORN COMPTON • Mashalltown junior Giorgio Diiorio (34) avoids Newton defender Aaron Bartels during a run in the first quarter of the Bobcats’ Homecoming loss to the Cardinals.

Friday’s Marshalltown football Homecoming matchup with Newton was a tale of two halves for the Bobcats.

In the first half, after taking advantage of an opening-drive fumble by the Cardinals to take a 7-0 lead, MHS allowed Newton to roll off 28-straight points to take a 21-point lead.

Though the Cardinals would eventually win by that margin, taking a 49-28 Class 4A District 4 victory over the Bobcats, Marshalltown continued to scratch and claw back throughout the night, never making things comfortable for Newton.

Specifically in the second half, the Bobcats (1-4, 0-1) were honestly the best team on the gridiron at Leonard Cole Field.

After allowing 268 yards rushing and three touchdowns on the ground in the first half, the Marshalltown defense only gave up 119 yards rushing in the second half to Newton (5-0, 1-0). 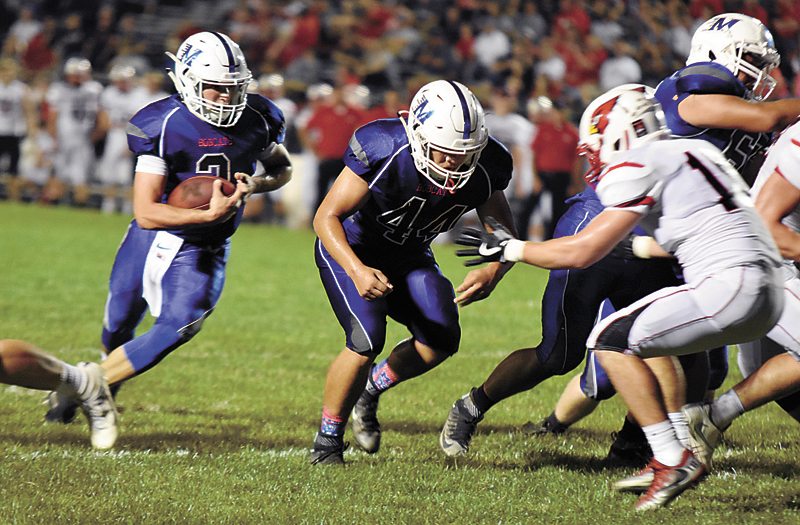 T-R PHOTO BY THORN COMPTON • Marshalltown quarterback Sam Irwin (2) prepares to plunge into the line on his way to scoring a rushing touchdown during the second quarter in the Bobcats’ 49-28 loss to Newton on Friday.

Similarly, quarterback Sam Irwin struggled in the first half — completing just five of 14 passes for 69 yards — but he opened up the Cardinals defense in the second with 222 yards through the air.

Bobcats head coach Adam Goodvin said the team wasn’t thrilled with how they allowed Newton to build a lead in the first half, but he was happy with how the guys responded after halftime.

“That first half we weren’t pleased, we gave up too many big plays and that showed on the scoreboard and that’s ultimately what matters most,” Goodvin said. “Our guys came out in the second half and played a lot harder, it was a hot night and I was very proud of their effort.”

Big plays truly were the difference in the game. After an early touchdown pass from Irwin to junior Dylan Eygabroad for an early lead, the Cardinals responded immediately with a 90-yard kickoff return by Jaron Roush to even things at 7-all.

Roush also scored on a 68-yard touchdown scamper in the first half, while a 79-yard run by Newton quarterback Garrett Sturtz set up another score. 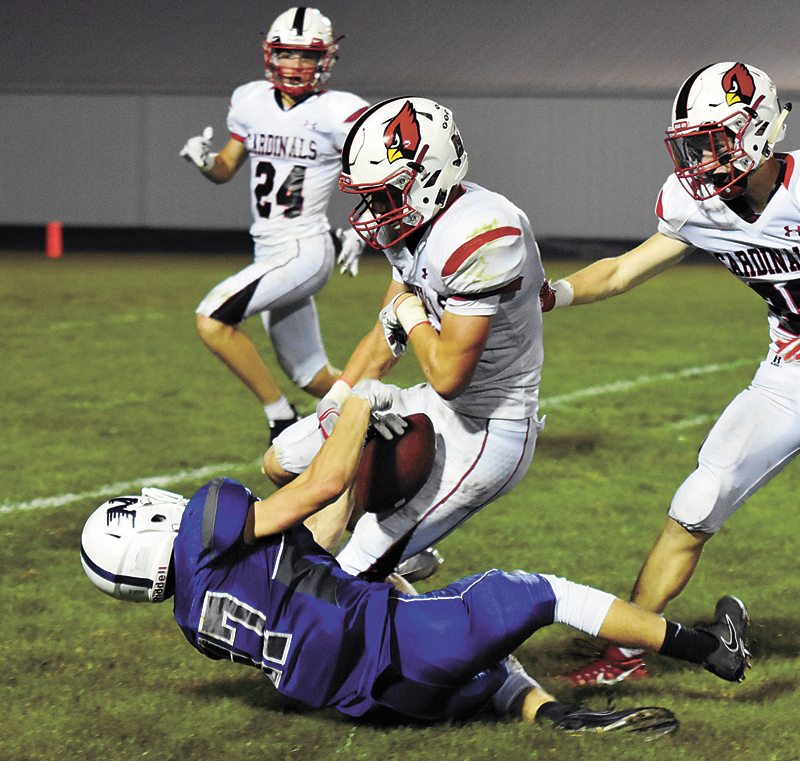 T-R PHOTO BY THORN COMPTON • Marshalltown junior Jonathan Hernandez (17) hauls in a 38-yard pass from quarterback Sam Irwin while surrounded by Newton defenders in the fourth quarter of the Bobcats’ 49-28 loss to the Cardinals on Homecoming.

Still, even after those haymakers, the Bobcats continued to fight, and Goodvin said that was what he was most proud of from the loss.

“We didnt really feel a whole big momentum shift, we came right back out and we were hungry to keep playing and keep fighting, and that’s exactly what I ask from them,” he said.

One thing that kept Marshalltown’s momentum up was a great first half from running back Giorgio Diiorio. The junior ran for 76 yards off six carries in his first game back on the field after an injury, and Goodvin said that had a lot to do with a great game from the big guys up front.

“Our offensive line gave him some good holes to run through and Giorgio is a good athlete. He’s got some great balance he and fought for all the yards he gained,” Goodvin said. “Overall our offensive line did a great job and so did he.”

The defense was stout in the second half, not allowing any big plays by the Cardinals and holding Sturtz to only 39 yards on 11 carries after a 9-for-150 effort in the first half. Goodvin said the shift in effort came from the players themselves, and not anything the coaches did at halftime. 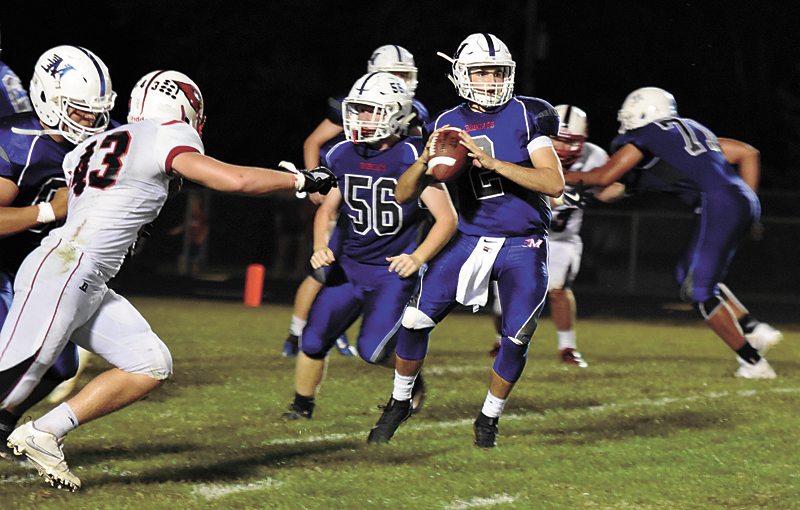 “It wasnt a whole lot, it shouldn’t take a coach to get you fired up to play this game and I think these kids understand that,” Goodvin said. “They came out and it was great to see, us as coaches love to see that, they put matters in their own hands and came out and made plays.”

Seeing the way the Bobcats continued to grind and work towards their best offensive game of the season, and arguably their best defensive half, Goodvin said things are starting to shape up in his first year at the helm.

“That’s the attitude you have to have to be a successful program and these kids are starting to get it,” he said of the team’s effort on Friday. “We will be fine on down the road, I am happy with that.”

DIKE — The West Marshall boys’ basketball team closed out the regular season with a loss on Friday, making up ... 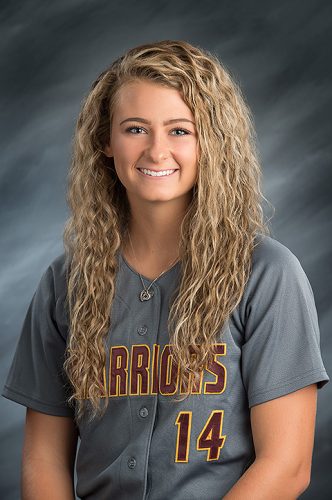 WAUKEE — It wasn’t a bad game for Marshalltown boys’ basketball — that is, except for the first eight ...

WAUKEE — Waukee did the deed quickly Friday night, putting the Marshalltown girls’ basketball team in a ... 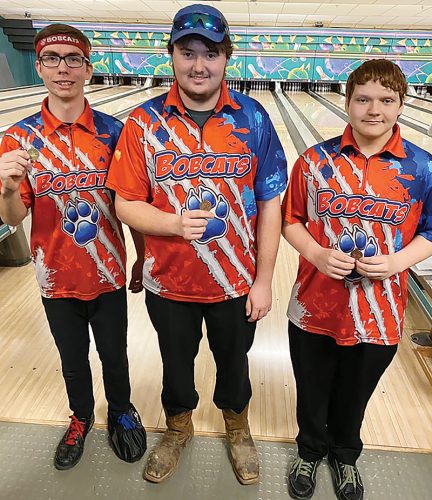 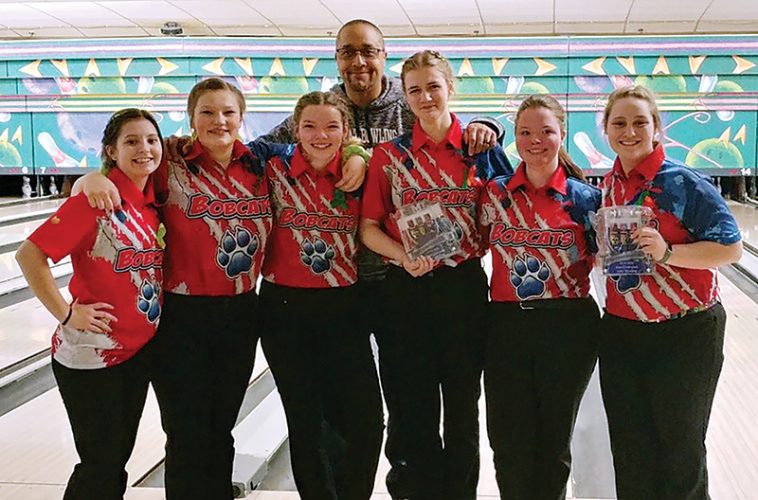