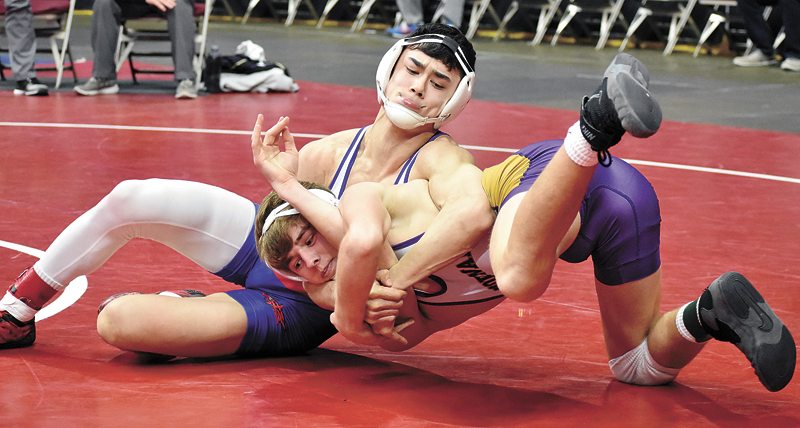 DES MOINES — There was an electric energy in Wells Fargo Arena on Friday morning at the start of day two of the Iowa High School State Wrestling Championships, as everyone knew this was the day the final two wrestlers would separate themselves from the pack for Saturday’s grand finale.

It was also a day that tingled with the promise of redemption, especially for those who lost early on during day one on Thursday.

Two Marshalltown wrestlers, seniors Logan Baccam and Brian Trowbridge, belonged to that second group, as they both lost their opening matches of the Class 3A side of the tournament but won in dominant fashion in the first round of the consolation bracket.

Needing just one more win to guarantee a spot on the podium, Baccam and Trowbridge both took the mats against tough opponents who they had faced previously, and both would come out on the wrong side of the coin in the rematch.

Baccam fell to Carter Schmidt from Norwalk by a pin five minutes into their match at 138 pounds, while Trowbridge at 160 fell short at of Logan Neils from Ankeny Centennial in an 11-1 major decision. 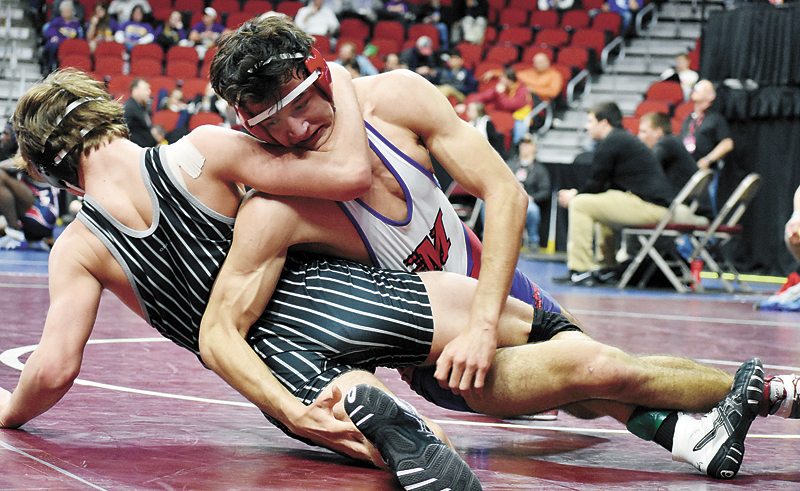 Bobcats head coach Mike Mann said Trowbridge struggled the last time he met up with Neils, currently the sixth-ranked wrestler at 160 in 3A, and unfortunately that result replicated itself this time around.

“He’s had trouble with that kid all year, you scout and you strategize and you think ‘hey, hopefully we can be more aggressive, hopefully you can get your ankle pick, hopefully the kid won’t ride you on top like he has before,'” Mann said. “All we can do is coach him up, and yet he never really broke his style and it was the same kind of match he’s had before. I would like obviously to see him wrestle with more intensity and with that kid that’s what it was going to take, but he didn’t do that today”

Trowbridge said he was focused on not letting Neils control him from on top, but it was the neutral position he feels he could have improved this time around.

“I knew he was really good at riding so I wanted to spend as little time on bottom as I could,” Trowbridge said. “In the neutral position I knew I had to be solid and I didn’t come through as well as I thought.”

Baccam was hanging tough with Schmidt through the first two rounds, trailing by just two points heading to the final period, but an ill-timed move landed him on his back and Schmidt took advantage to secure the pin.

Mann said Baccam maybe wasn’t as aggressive as he could have been, but ultimately it was just one mistimed move that cost him a spot on the podium.

“Logan was right there in the match, he could have pushed the pace a little more and had a little more intensity and when you get at this level there is always a situation or two that kind of breaks open the match,” Mann said. “He had a chance to get a cut off and back away but then the guy pancaked him and that kind of opened up the match. After that it’s pretty tough sledding.”

Despite falling before that elusive podium finish, Baccam said given he didn’t wrestle before this season he feels good about what he’s accomplished.

“I made a name for myself taking out a couple of ranked wrestlers and just making it to state,” Baccam said. “It’s a good inspiration for kids, no matter where you are at things can always change and you can always become better than you were.”

Now that the MHS wrestling season is at an end, Mann said it’s tough to see this batch of seniors leave the program, but they have left it in good hands.

“We’ve struggled to win six dual meets over the last couple of years, but we went 9-9 this year,” Mann said. “We have a good core of guys coming back, there’s only a few juniors but a good sophomore class and we had good numbers with our freshmen. We had a great class, we started out with 15 seniors and this class has been really awesome.” 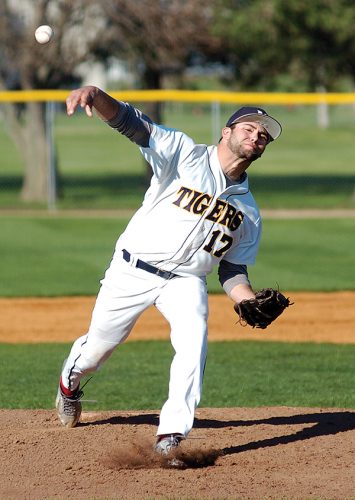 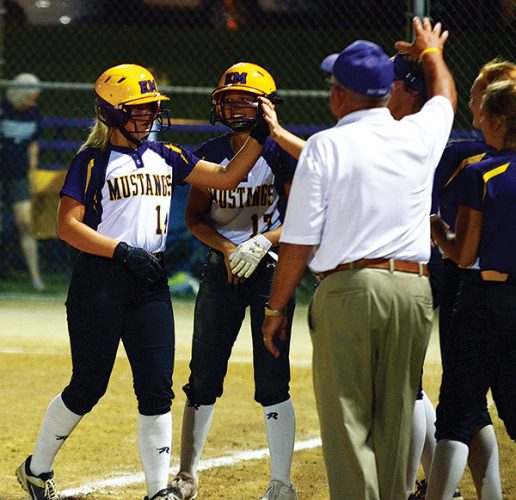