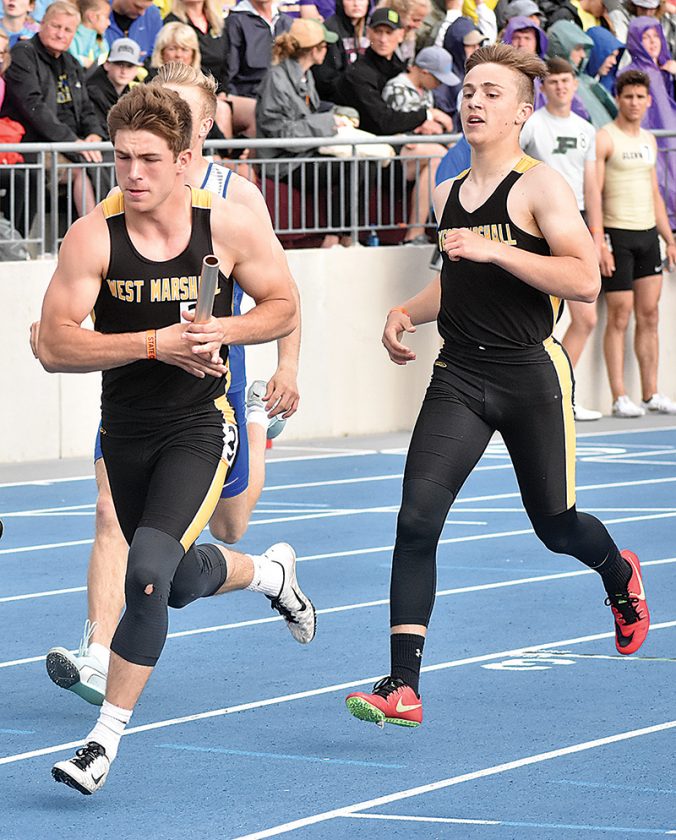 The Trojan team of Jarrin Goecke, Brian Morrison, Jake Tollefson and Cameron Bannister came into the race seeded second overall, and after that same duo moved up from a 15th seeding to earn an eighth-place medal in the Class 2A 4×200 on Friday they felt like they had the momentum.

Another medal wasn’t in the cards for the West Marshall boys, however, as they finished one spot out of placing in ninth with a 1 minute, 36.67 seconds, back from their seeding time of 1:35.62.

“That’s what’s funny about going to state, one team will run their best time and another team doesn’t and that just kind of throws everything off,” Bannister, who ran his final race as a Trojan, said. “Kind of like any other sport, it’s not always the best team that wins but the team that runs or plays the best that day.”

Despite not reaching their goals of a state title, Tollefson said he is still walking away with his head held high. 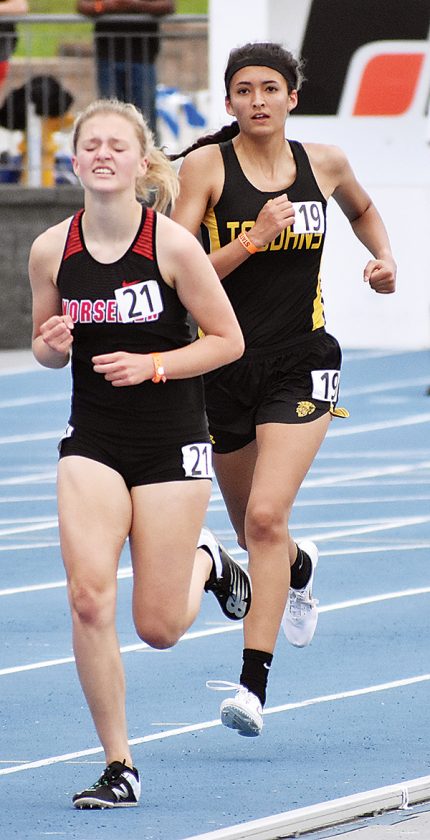 “Track has never been my favorite sport but it’s one I look forward to every year,” he said. “I love this group of guys a lot, they are great friends and better teammates, just a fun group of guys to be around.”

Bannister has been a great multi-sport athlete for West Marshall in his four years, and now that he is done with the third of his four sports he said it’s finally setting in that he’s almost done for good.

“I love West Marshall, it’s home, it’s going to be tough leaving here,” he said. “It’s taught me a lot of lessons about sports and about life. I’ve met some of my best friends and some great people, just great coaches all around.”

Another Trojan great did wrap up their career, as Grace Girard ran her final race in a West Marshall uniform on Saturday afternoon. Girard ran a 5:21.62 in the 1,500, her second-fastest time ever in the race, so she wasn’t too upset that she came in 24th in her final run.

“Considering I went to state in three events and I had only been to one in each of my freshman and sophomore year I definitely am happy to be here and represent West Marshall, even if I didn’t perform as well as I wanted to,” she said.

Girard went a perfect 3-for-3 in state appearances in her senior season, making an individual showing at the state cross country meet in the fall and the first girls basketball state appearance for the Trojans since 2012. For a girl who didn’t attend the West Marshall school system until her final four years, she swells with Trojan pride.

“I am really sad, sports definitely has helped me get a lot closer to these girls in the last couple of years. Open enrolling to West Marshall my freshman year was really hard, I didn’t know anybody but being an athlete helped me make some connections will all sorts of people,” she said. “Everyone has been super nice and welcoming, all this last week people were just telling me how proud they are of me and it’s people I don’t even know. After four years it’s amazing to have that big of an impact on this community and them on me as well. It’s really sad, but I’m excited for my next chapter.”