No. 3 Wildcats net 10th-straight trip to state at Rebels’ expense 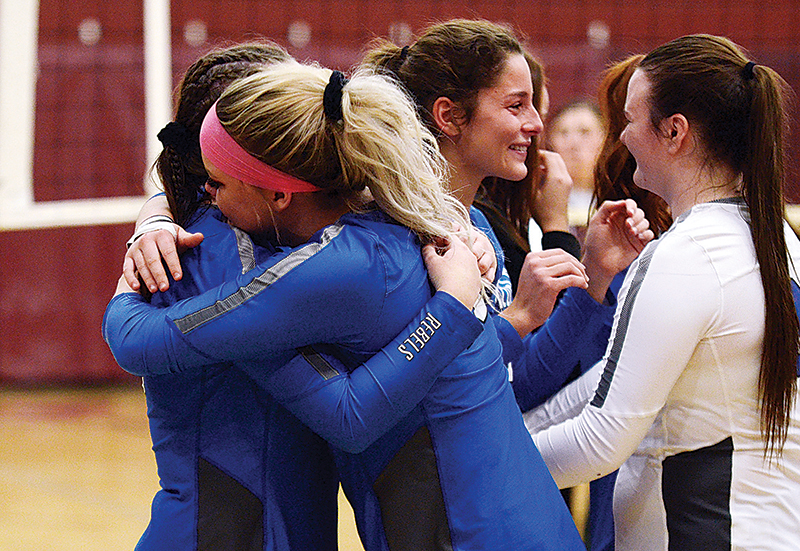 CLARKSVILLE — It was a bittersweet night for the Gladbrook-Reinbeck volleyball team.

On one hand, the Rebels’ inexperienced youth played a key role in Janesville’s sweep in the Class 1A Region 5 final.

At the same time, G-R’s youthful team finished the season with a 26-9 record in what was deemed as a “rebuild year” for the No. 11 Rebels.

In Set 1, Janesville took a small lead with a 3-0 run at 9-6 but the Rebels caught up with their own 3-0 run to tie the game at 14-14. From there, the two teams traded tied four ties and had two lead chances until the Rebels took a 20-18 lead. However, the Wildcats’ experienced prevailed with a 3-1 run to close the set. 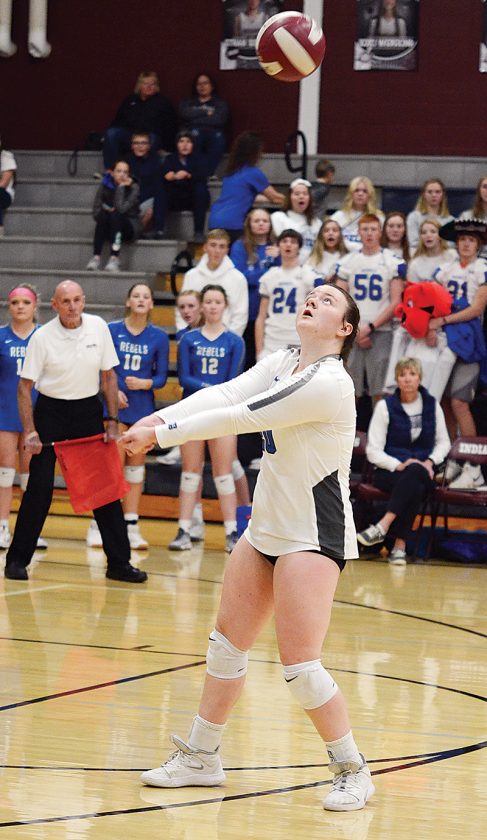 T-R PHOTO BY ANDREW ABADIE - Gladbrook-Reinbeck junior libero Alyssa Morgan makes a pass back over her head during Tuesday’s Class 1A Region 5 final against Janesville at Clarksville High School.

“I think we just got on our heels,” G-R head coach Paula Kelley said. “I think we were just anticipating that it was just going to happen rather than putting everything at the front. We got hesitant a little bit and some nerves kind of checked in a little bit here and there. It was just an up and down day. We didn’t really give them a lot of big runs which we were ready to do. I think we gave up maybe one big one. That was our key was trying to keep those runs limited.”

G-R took a 5-2 lead to start Set 2, but Janesville answered back their biggest run of the night on a 10-2 run to take a 12-7 lead. Trailing 24-15, the Rebels put together a late 4-0 run that was too little too late before the Wildcats claimed the set.

G-R again took an early lead over Janesville at 7-5 to start Set 3. Trailing 15-14, Janesville put together its last run of the night to seal their win as the Wildcats pulled away with a 7-2 run.

“This would have been the team to do [beat Janesville],” Kelley said. “I think we probably had more mistakes on our side than we anticipated or had been having the last couple of games. It just started with some miscues on some hits early. Then it was just trying to play catch up. Just being able to finish it at times. Janesville found some holes on us. We were able to close a little bit but again they are a team that just finds those holes and we did too [but] we knew it was going to one of those rollercoaster rides. We just ended up on that downslide at the end of every game. 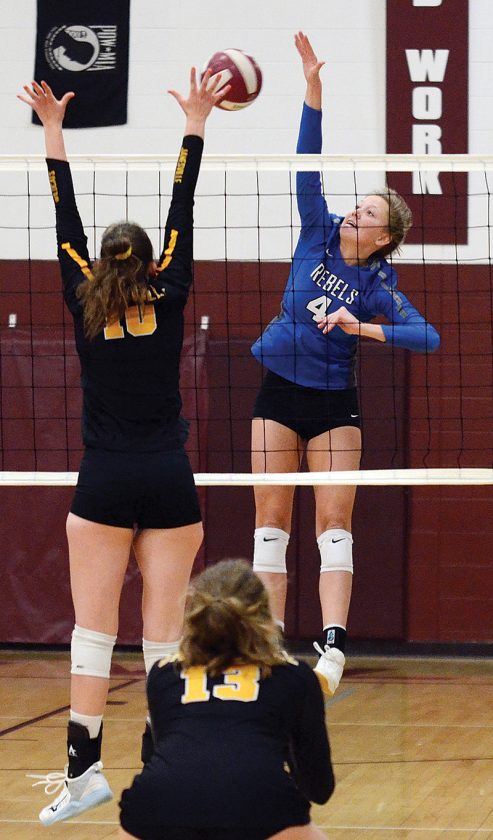 While Janesville took advantage of G-R’s youth, the other main key in their win was limiting the Rebels’ go-to hitter Saari Kuehl. Kuehl opened the match with six kills in the first game but was held to four kills in Game 2 and then two kills in Game 3. Kuehl led the team with 12 kills and had a team-leading 11 digs while the team totaled 34 digs. Notably, Ava Wyatt had eight kills and Emma McClintock had 33 assists on the night.

“They were finding the tips,” Kelley said. “They were able to find the roll shots and the pushes to the corners that weren’t just able to read and cover quick enough. We anticipated and worked on those but we just didn’t read them as well tonight.”

Despite the loss, G-R will graduate only four seniors and will return every starter for next season.

“In big games and especially games like this, the more our girls play, the smarter they get and the better they get. Especially the young ones. This was just an add on to the experience.”

According to Kelley, the vital part of the team’s development was building confidence as the Rebels opened the year 9-6 before finishing the closing the season 17-3. In that span of wins, the Rebels had an eight-game win streak and then a six-game win streak in which the Rebels lost only one set.”

“Confidence,” Kelley said. “Our young kids finally started gaining some confidence in themselves. Things started clicking and then they just went. We moved the ball quick enough, the speed of our game helped our middles open up towards the end of the season. That was a big part.

“Losing against a Janesville team is not something to hang your head about. They have got the legacy. But that’s what we are building. This our third year with 20-plus wins so that’s what we need to do to keep on going.”