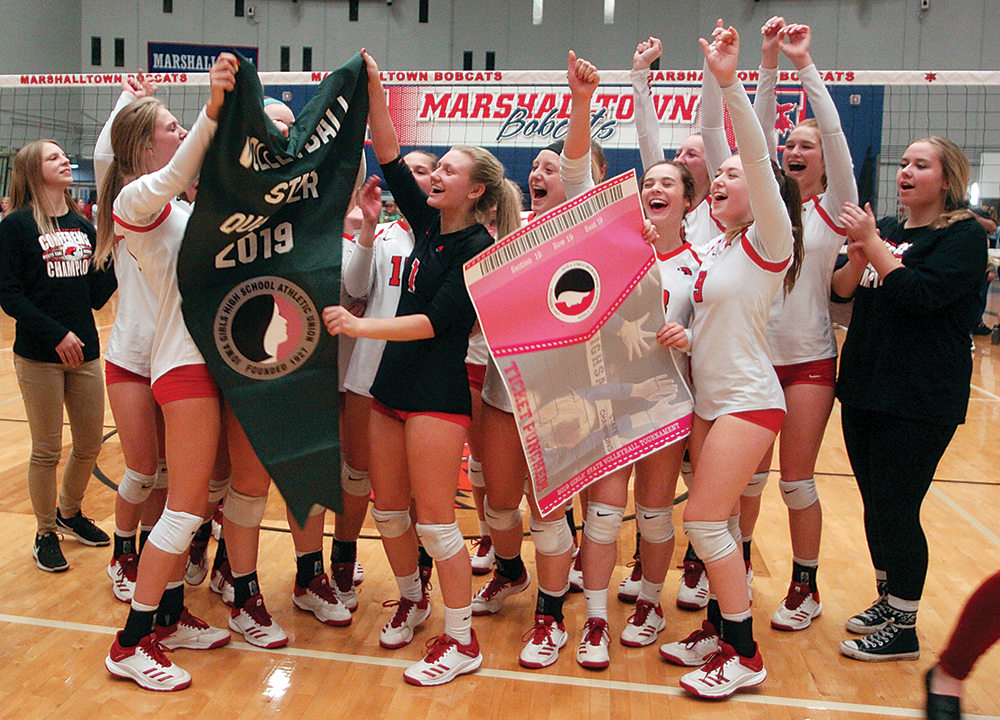 T-R PHOTO BY ROSS THEDE - The North Tama volleyball team celebrates with its Class 1A state qualifier banner after defeating Grand View Christian 3-1 in Tuesday’s Region 4 final at the Roundhouse in Marshalltown. The fifth-ranked Redhawks earned their second state tournament berth in three years with a 25-23, 20-25, 25-21, 25-17 victory.

Most of the names and faces were the same. But two extra years worth of experience may have made all the difference in the Redhawks’ revival.

The fifth-ranked North Tama volleyball team endured some early struggles and a spry opponent to make its way back to state, defeating Grand View Christian 25-23, 20-25, 25-21, 25-17 in Tuesday’s Class 1A Region 4 final at the Marshalltown High School Roundhouse.

“We’re a lot older and we have a lot more experience,” said Redhawk senior libero Takoa Kopriva. “Two years ago we were sophomores and we were excited and having fun. This year we had more expectations and were really going for that goal our senior year.

“We were really pushing for this goal.”

The Redhawks (26-6) resembled the roster that earned the program’s first-ever state tournament berth two seasons ago, but the senior-laden squad had to rally from an early deficit to stay afloat before eventually sinking the Thunder (23-21) in four sets. 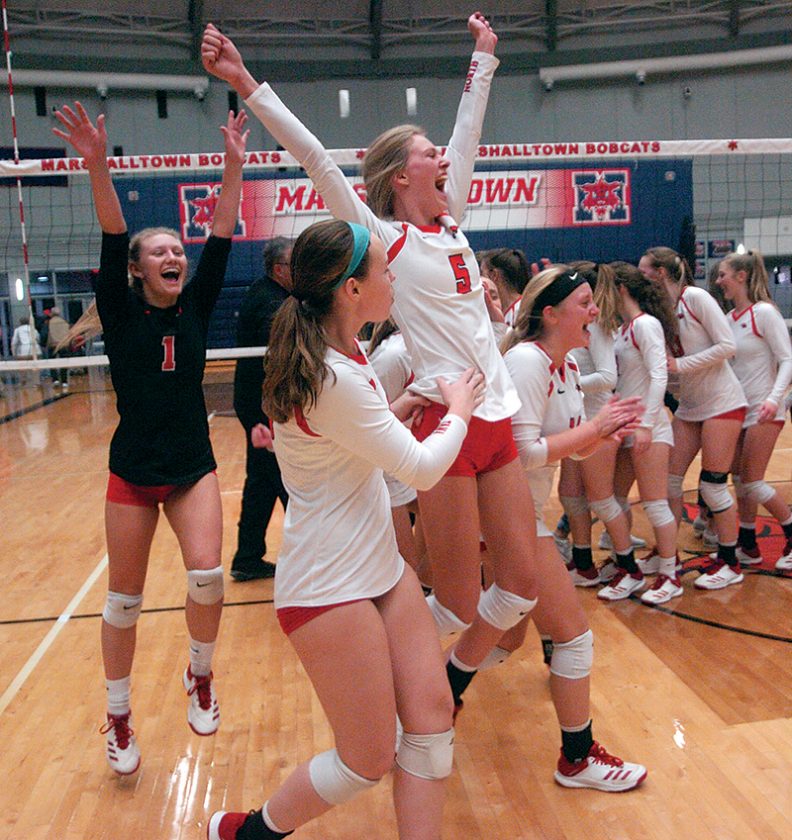 “It couldn’t have gone much worse on our side of the net to start with,” said North Tama head coach Channing Halstead. “We focused a little bit too much on them and not just doing us, and I think you saw finally when we came through in the third and fourth set we started to do us more.”

Halstead used both of her timeouts in the opening set, which Grand View Christian led most of the way. The Thunder rolled out to a 20-15 lead after three-straight North Tama errors, but the Redhawks’ seniors salvaged their rough start and rallied their team to victory in the first set.

The Redhawks rustled up an 8-1 run after trailing 21-17, as Carlie Gorder and Isabel Sierra combined on a block, Katie Kopriva scored four kills in five points, and Grace Thorsen found the far corner for a kill. Kopriva’s tip over the Grand View Christian block was the tipping point of the thrilling first set, 25-23.

“That first set was exciting,” said North Tama junior outside hitter Abby DeBoef. “When we had that timeout, it was very upbeat. It got us all fired up so we really wanted to get it because we talked it through, we knew what we needed to do, we knew we had to execute what we talked about and we did that, so it worked out I guess.”

North Tama couldn’t carry the momentum into the second game, however, as the Thunder found their footing on offense. The two teams slugged it out to a 19-all tie before Grand View Christian broke free with six of the next seven points to take the second set 25-20. 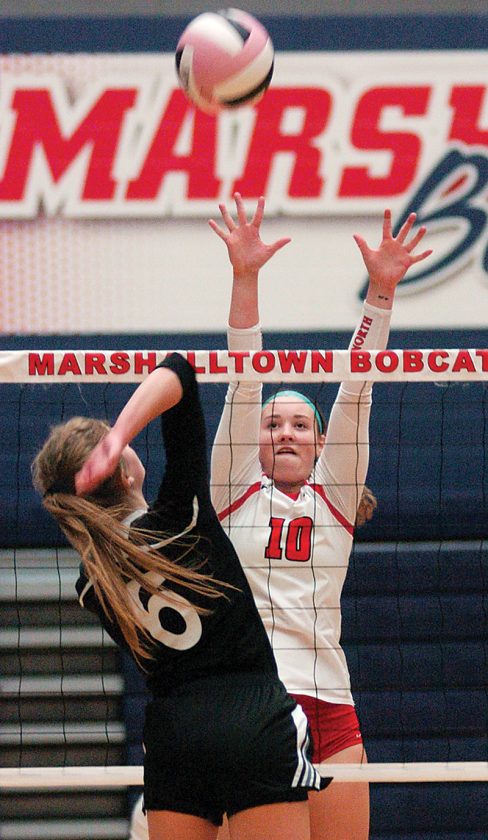 The Redhawks grabbed the upper hand in the third set, using aces from Sierra and Takoa Kopriva to go in front 13-9. The Thunder used a four-point surge to climb back into a 15-all tie, but North Tama notched a 4-0 run of its own and finally finished off the third set, 25-21, for a 2-1 lead.

In the driver’s seat at last, the Redhawks ran out to a big lead in the fourth set as Thorsen and Katie came up with early attacks and junior middle hitter Alexis Hansen made good on her limited attempts with back-to-back tips over the block. DeBoef bookended a 5-0 run with kills and Katie carved up an ace that made it 9-2.

Grand View Christian tried to spark up a comeback, fighting to within 17-14, before North Tama turned to its savvy seniors to get the job done and get the Redhawks back to state. Gorder rejected a Thunder attack for her season-high fifth block, then added a tip that found the floor for a 21-15 lead. Thorsen, the only senior who wasn’t on the Redhawks’ state tournament roster two years ago, picked up a kill to make it 24-16, and Katie came away with the final point for the clinching 25-17 win.

“I’m feeling super-excited right now for my team that we’re finally back to state,” said Katie Kopriva, who finished with a season-high 22 kills. “It just means our hard work over the winter and summertime has truly paid off.

“You just want it so much more now [as a senior], it’s your last shot and you know you’re going to give it everything you’ve got since it’s your last time.” 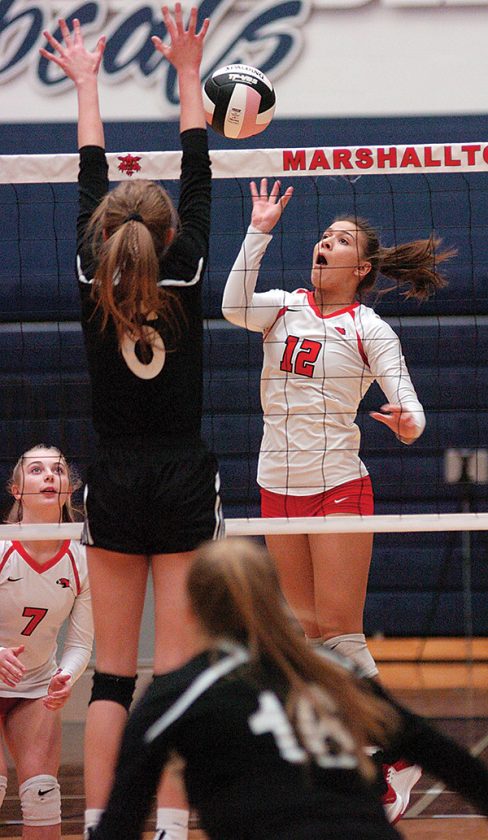 “When I watched film on [Grand View Christian], that No. 13 (Sierra Wright) just beat that deep cross-court [shot], and I kept telling myself ‘they don’t have a Takoa, they don’t have a Takoa,'” said Halstead. “That third set, when we came back and won, I don’t know how many digs she had on [Wright] but I just said ‘Takoa, do your thing.’ I can let her go, I trust her.'”

Headed back to the state tournament for the second time in three years, North Tama will face No. 4 Le Mars Gehlen Catholic (25-7) in the 1A quarterfinals on Nov. 13 at the U.S. Cellular Center in Cedar Rapids. 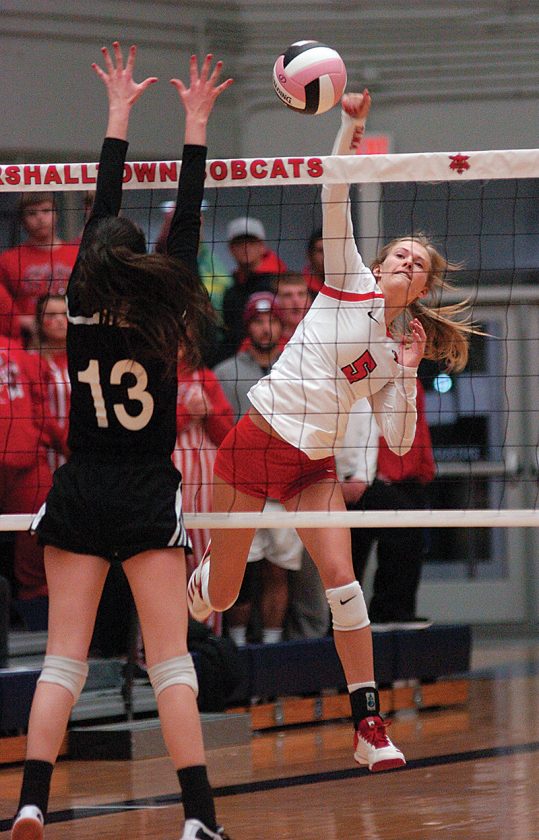 Top-ranked Sidney (35-8) gained the top seed and will meet unranked Springville (20-16) on the other half of North Tama’s semifinal bracket. The Redhawks lost in straight sets to Springville in their state tournament debut two years ago.

“There’s so much more emotion this time around since we know it’s our final time and we know that upset [loss to Gladbrook-Reinbeck] really hurt us last year,” said Katie. “All those workouts have truly paid off and we’re back to where we wanted to be.”

T-R PHOTO BY ANDREW ABADIE – Gladbrook-Reinbeck junior libero Alyssa Morgan makes a pass back over her head during Tuesday’s Class 1A Region 5 final against Janesville at Clarksville High School.

T-R PHOTO BY ROSS THEDE – The North Tama volleyball team celebrates with its Class 1A state qualifier banner after defeating Grand View Christian 3-1 in Tuesday’s Region 4 final at the Roundhouse in Marshalltown. The fifth-ranked Redhawks earned their second state tournament berth in three years with a 25-23, 20-25, 25-21, 25-17 victory. 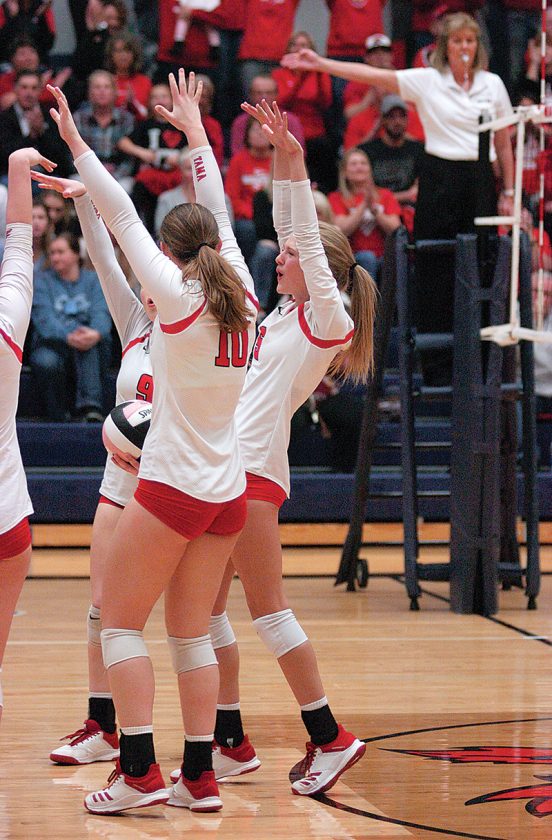