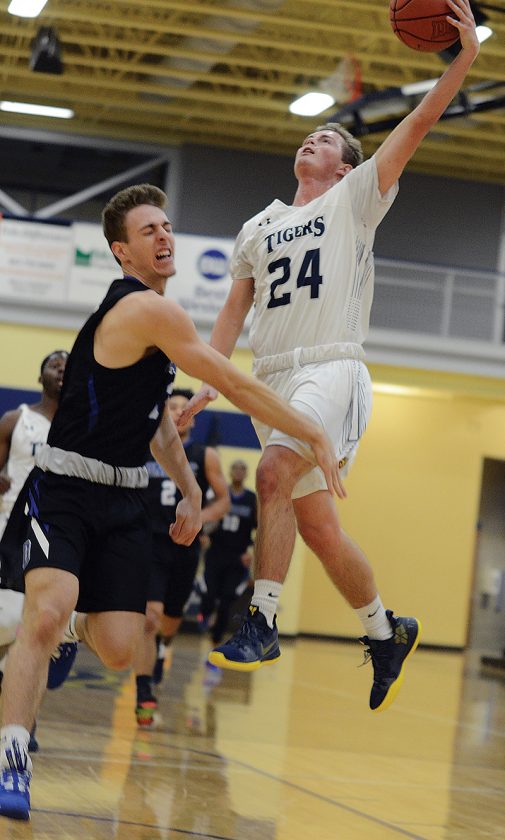 T-R PHOTO BY ANDREW ABADIE - Marshalltown Community College freshman Jacob Smith (24) goes up for a layup against DMACC defender Mike Hartford during the first half of Saturday’s basketball game at the Student Activity Center. Visiting DMACC defeated the Tigers 84-49.

A combination of Tigers struggling to find success against NJCAA Division II No. 12 DMACC’s big men and just a bad second half were the key reasons for MCC’s loss.

However, the Tigers (4-8) did manage to have a strong start against the Bears (8-2) holding an 18-16 lead midway through the first half.

“I thought we really shared the ball in the first half,” MCC head coach Ryan Flack said. “I thought we had a few combinations of guys out there that had a lot of energy. I thought it was the best 17 minutes of the first half we played all year.” 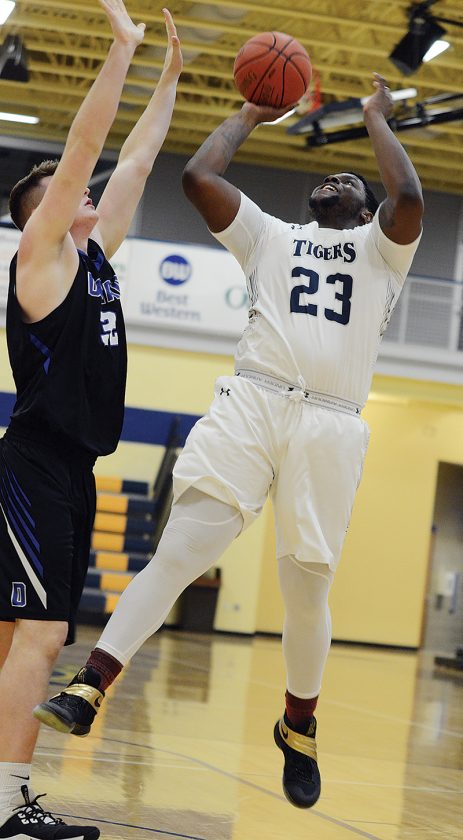 T-R PHOTO BY ANDREW ABADIE - MCC’s Craig Philip (23) shoots over DMACC’s Bradley Day during the first half of Saturday’s game in Marshalltown. Philips finished with six points and a team-leading eight rebounds.

“Then they went on a run there to push it to 13 [point lead] at halftime,” Flack said. “Really it was about us coming out of the second half [if] we can now make shots. We settled for the three and it was just not our night that way. We needed to get to the rim which didn’t allow us to get to the free-throw line.”

Despite closing the deficit to seven points at 47-40, DMACC broke out a 32-5 run. Defensively, the Bears big men kept MCC out of the paint to draw fouls and reach the free-throw line. At the same time, DMACC drew fouls and was 22-for-25 behind the line while MCC was 2-for-8 at the free-throw line. In addition, the Bears outrebounded the Tigers 40-27 and scored 22 second-chance points.

MCC could not penetrate the DMACC two-three zone defense and forced the Tigers to shoot outside. The Tigers shot 33.9 percent from the field and 25 percent from behind the arc.

“In the first half we didn’t shoot it well,” Flack said. It was [33] percent I want to say it was. We often at times want to just settle for that and we and I need to do a better job of really getting the guys as an attack first team every night. Tonight was no different. When they went into that two-three zone it really made us settle for shots. They went to that because we weren’t making shots in my opinion. I’m still more concerned about the defensive end because that’s where it really starts with us. When the shots aren’t falling what else are you supposed to do to have an impact on winning. 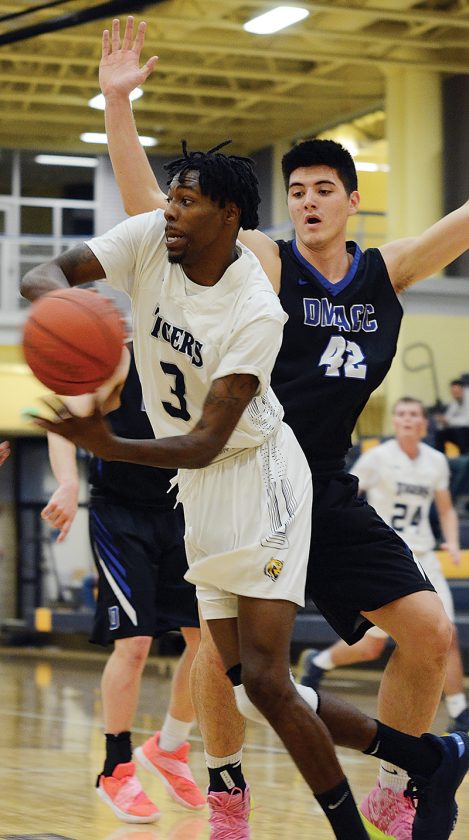 “We have been down before but it was just inability in the second half to really sustain any runs and then it gets away from you from there.”

The Bears had three players reach double-digits with Jal Bijiek posting a double-double of 12 points and 10 rebounds.

Jaylin Scott was the only Tiger to reach double-digits at 13 points. Eric Amandio had eight points and a team-high of five rebounds.

“We haven’t had the greatest week of practice,” Flack said. “We have got to go back here and have a good couple of days and get prepared on the road against a good Kirkwood team on Wednesday.”

The Tigers will go on the road to play No. 14 Kirkwood CC on Wednesday at 6 p.m. 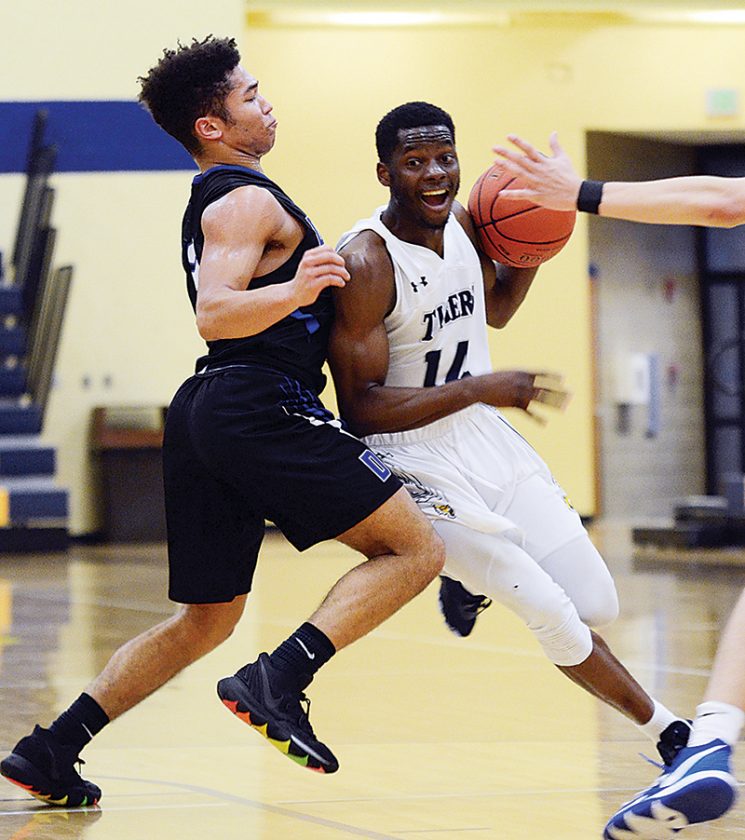