Second half dooms Tigers in loss to NCMC 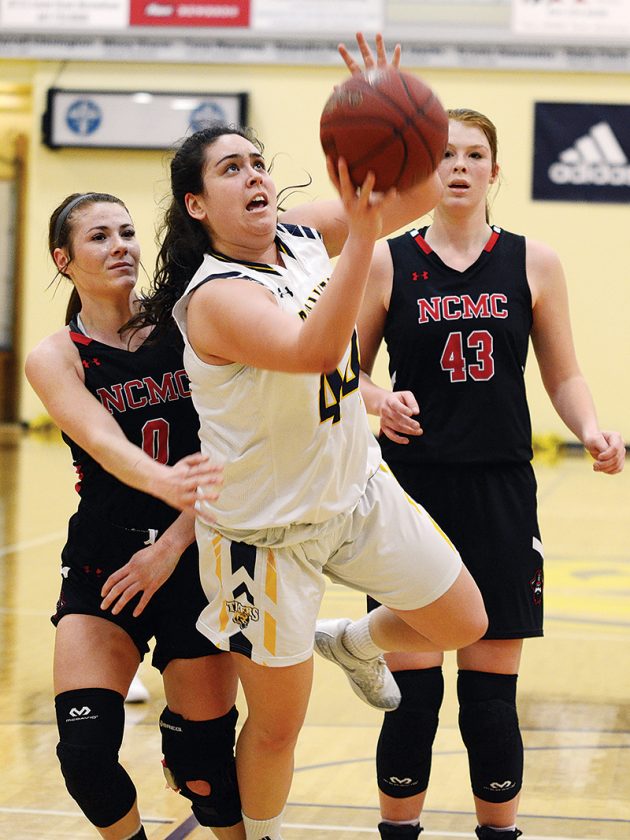 For 20 minutes the Marshalltown Community College Tigers women were at the same level as North Central Missouri. Trailing 30-24, the Tigers led for the entire first quarter and part of the second quarter. It was a close battle that, if breaks fell the right way, could have ended up in the Tigers’ favor.

But then the second half happened, and the Pirates pulled away by as much as 23 points before settling for a 72-63 win Wednesday night.

Coach Steve Garber said it was another bad second half and part of a theme with the Tigers this year.

MCC got off to a quick start after the game took three minutes to see its first points. The Tigers took their biggest lead at 12-4 with 3:54 left in the first quarter, putting the Pirates on their heels and scrapping on defense to prevent good looks for North Central Missouri’s shooters. Where the Tigers struggled immediately and would have problems all game was in the post. The Pirates played two post players for much of the action, with Kennedie Kieffer corralling 19 rebounds — three of them offensive rebounds that led to extra shots for North Central Missouri. 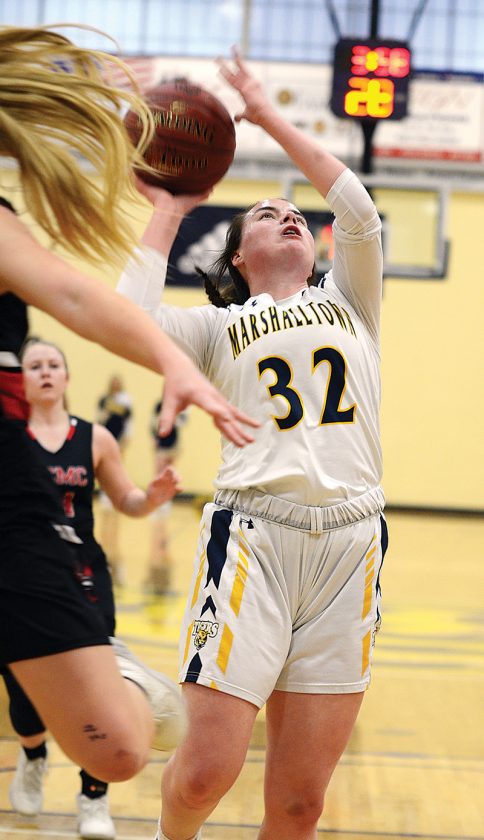 T-R PHOTO BY NOAH ROHLFING - MCC sophomore Laurin Lyons (32) shoots a layup as the North Central Missouri defense flies by in the first half of Wednesday’s game in Marshalltown.

But size and physicality have been consistent issues for the Tigers, Garber said.

“We’re not a very strong rebounding team anyways,” Garber said. “With their two kids down low, they had a size advantage and a 30-40 pound weight advantage as well as a height advantage, that just makes it more difficult.”

The Tigers collapsed in the third quarter, going from down 30-24 at halftime to trailing by as much as 17. They got the deficit back to 12 at the end of the third, but another poor start to the final period was the nail in the coffin. MCC’s press was not forcing enough stops, and when the Tigers didn’t create a turnover the Pirates usually got a bucket in the paint. 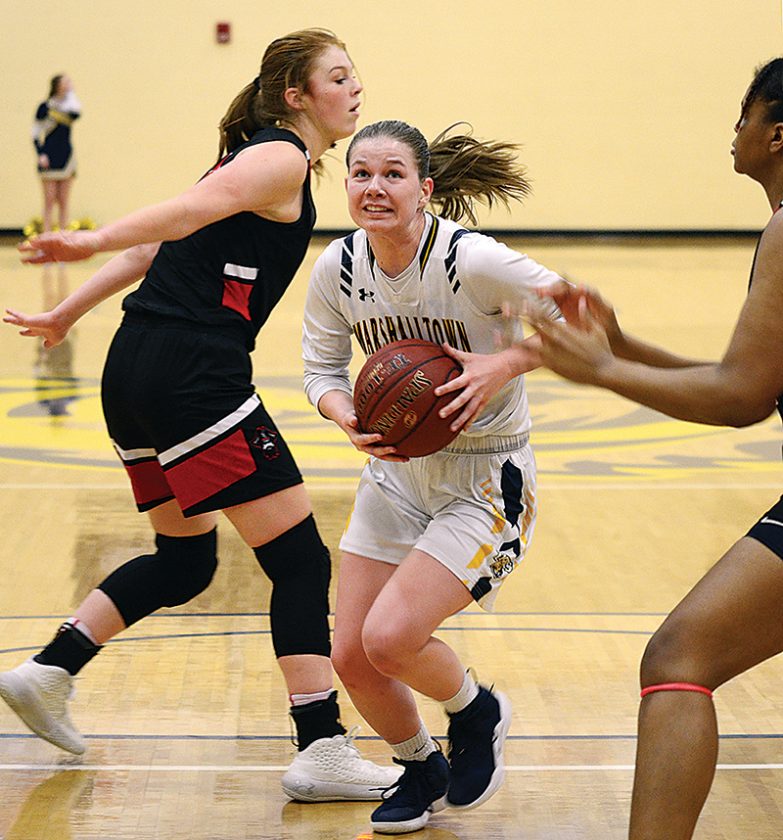 Eva Carballo led the Tigers with 19 points, while forward Eva Zaragoza scored 13 and Carla Collado scored 11. Off the bench, Dana Stokes scored 10 points in the second half.

The Tigers all to 8-19 on the season. Up next is a home game Monday against the Grand View JV team.

“We were active and had some active hands and got some steals, so that was a good sign,” Garber said. 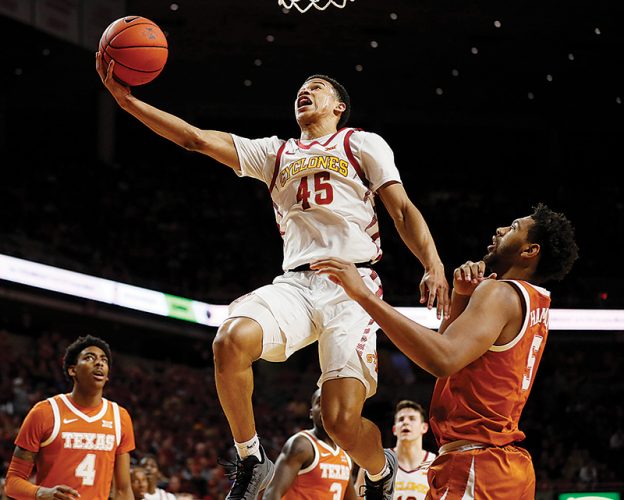